5 Wow-Worthy Moments at the 2020 Movieguide® Awards 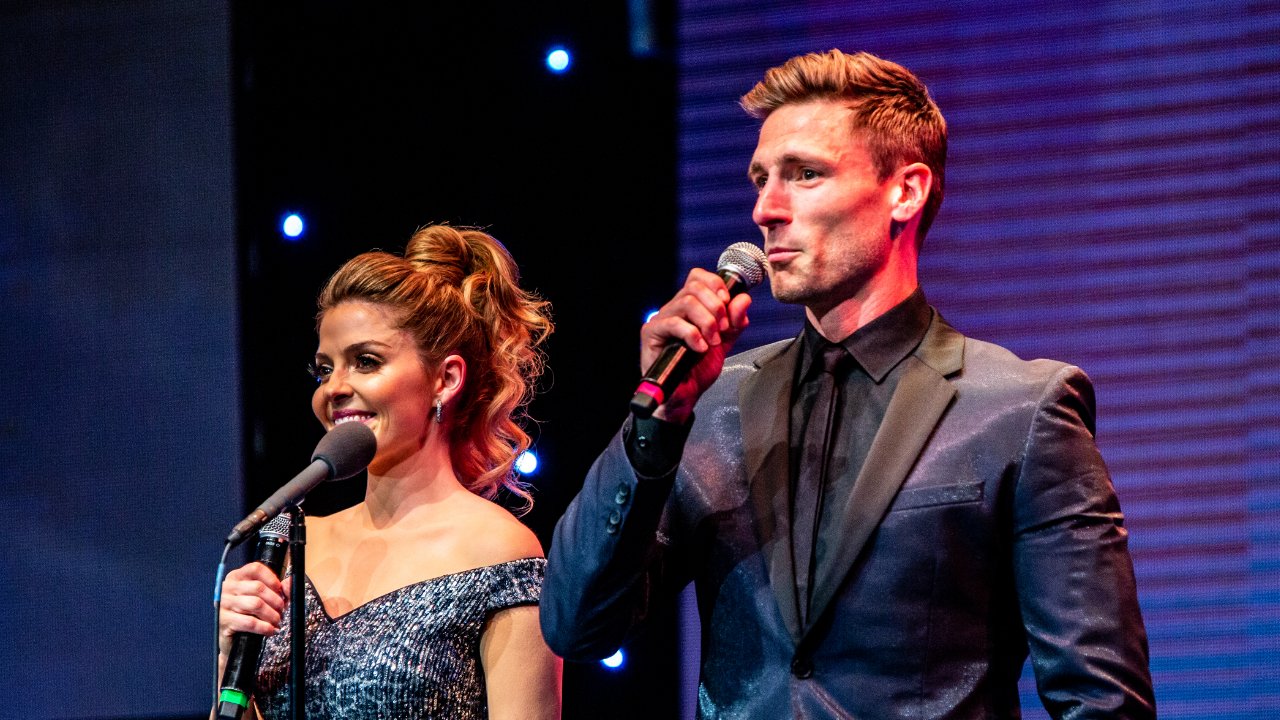 5 Wow-Worthy Moments at the 2020 Movieguide® Awards

If you missed highlights of the 2020 Movieguide® Awards on Hallmark Drama, consider this your one-stop-shop to all the wow-worthy moments. 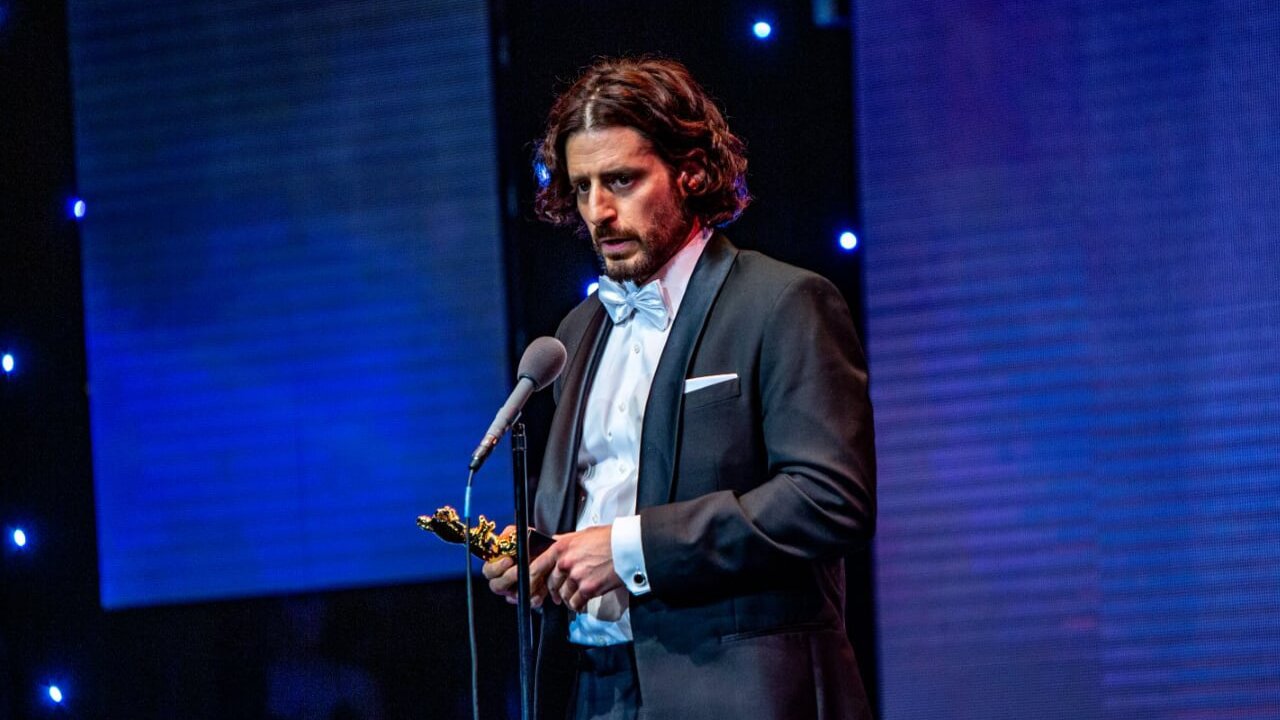 The Movieguide® Awards hopes to honor the good, the true and the beautiful. Filmmakers and actors who took the stage to accept awards honored these godly virtues by thanking the Lord.

Since the Movieguide® Awards broadcast had to be cut down from three hours to 42 minutes, viewers didn’t get to hear all these amazing, God-glorifying speeches. However, some still made the cut!

Jonathan Roumie (THE CHOSEN) took home the Grace Prize® for acting in a television program. Roumie was one of the 11 who highlighted God’s grace in his life and career. 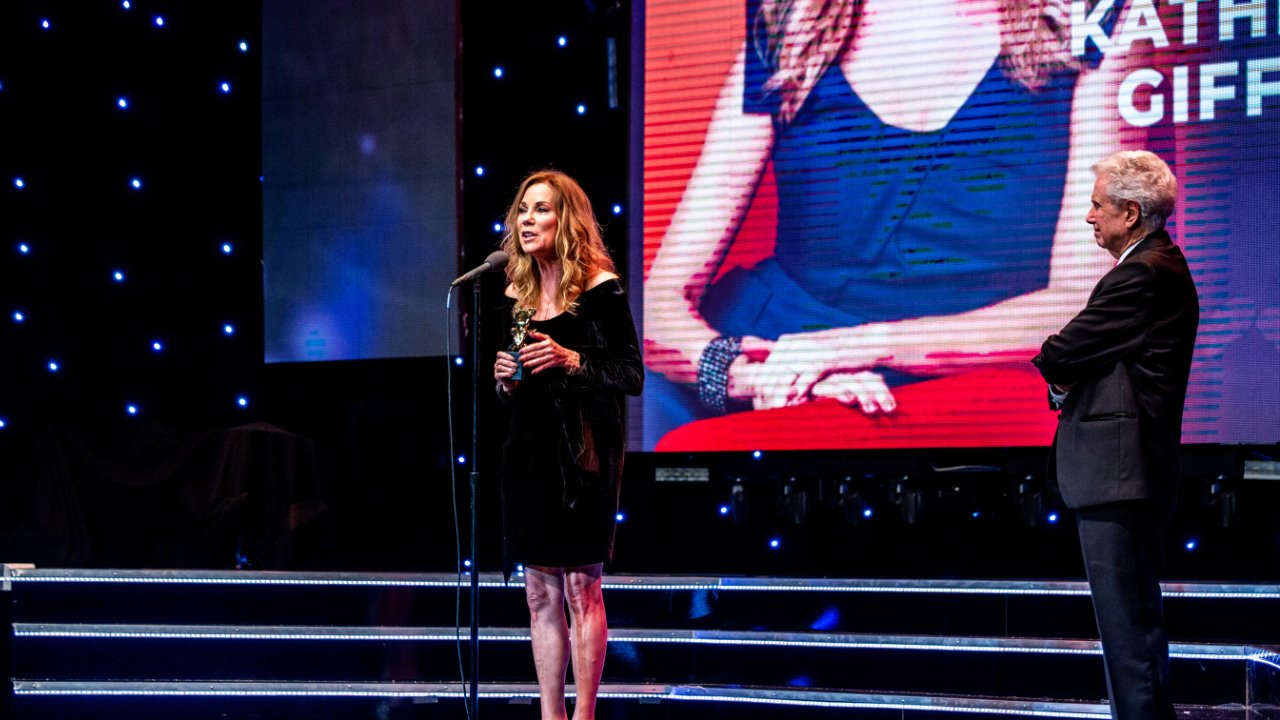 Gifford knew ahead of time that she was the recipient but had no clue she would see Philbin. Philbin and Kathie Lee joked back and forth while Kathie Lee was still in the audience before she joined him on stage.

Kathie Lee said in her acceptance speech, “I’m always very embarrassed to receive an award because I think maybe once I actually felt like I deserved the one I got. Most of the time I don’t. Most of the time I go, ‘why? Why me?’ All I’ve been doing my whole life is walking with Jesus, and he takes me on adventures, since I was 12 years old.”

Since the Visionary Award honors the legacy of someone’s career, Kathie Lee spoke about her humble beginnings.

“All I wanted to be when I was growing up was an actress and a singer,” Gifford remembered. “I wrote a letter to Walt Disney and said, “You need to meet me. I’m known for my expressions.” Years later, I worked with Regis at ABC Disney at the time, and we made movies there.”

Kathie Lee went on, “When I sat in that darkened little movie theater in Annapolis, Maryland, when I was 12 years old, and watched a Billy Graham’s movie called THE RESTLESS ONES, it spoke to my heart. I felt like I heard Jesus himself say to me, ‘Kathie, I love you. If you’ll trust me, I’ll make something beautiful out of your life.'”

Kathie Lee concluded, “So, now, all these years later, I’m writing movies, I’m producing movies and, by the grace of God, now actually even directing movies in Israel to the oratorios that God has been blessing me to write with some of the greatest writers in this world.”

Lee beamed, “I simply cannot believe God’s grace and bounty in my life. I will forever praise Him and thank Him and, hopefully, make many, many, many movies to come.” 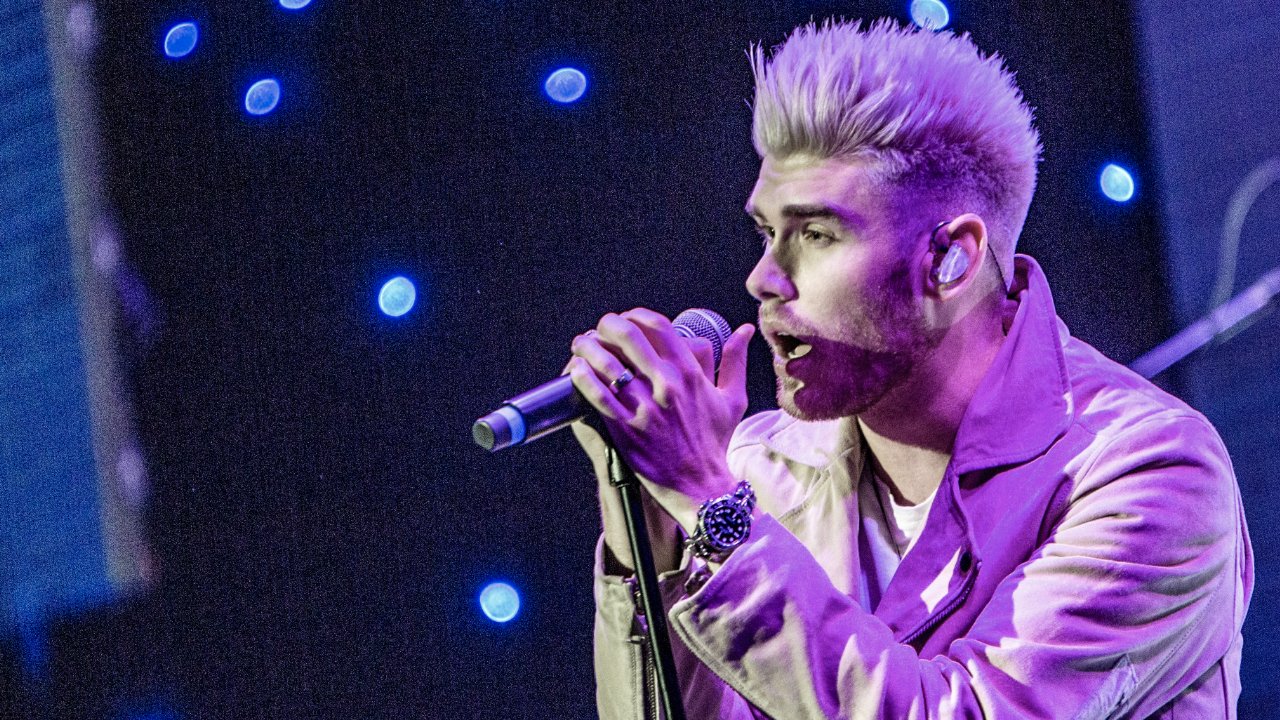 Colton Dixon performed one of his latest songs, “Miracles” on stage. Dixon, who’s a Christian uses his faith as the heart for all he does. Dixon said, “Being a person of faith, it’s an honor to perform at a gala that celebrates this, and the positive, affirming messages being created in the entertainment industry.”

Part of the lyrics to “Miracles” read:

There’s no doubt when I feel Your love
Call me crazy and out of touch
But, I know that it’s from above 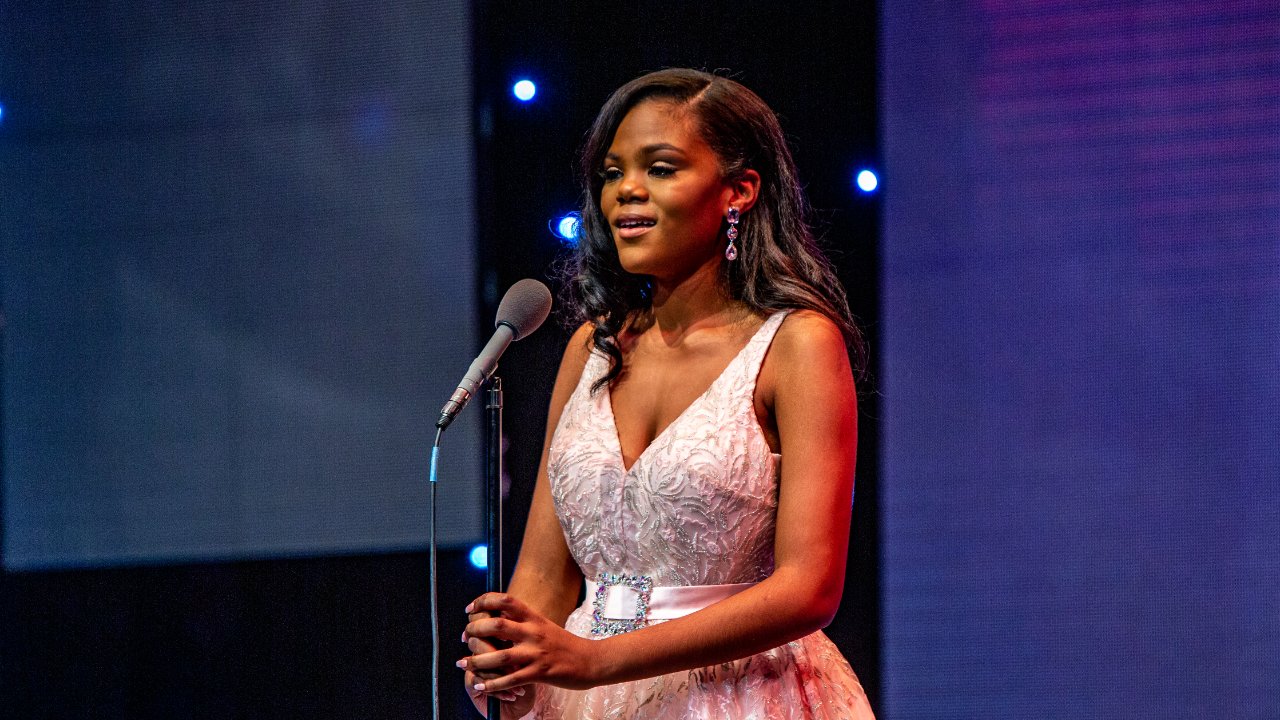 While on stage Wright-Thompson said, “I’m just so grateful and just know if you have a dream you can follow it, but you have to believe in yourself first because God already believes in you.”

Wright-Thompson began her speech, “I want to thank God because I remember sitting at the ottoman and watching TV and said, ‘This will never happen to me. I will never follow my dream.’ And, I kept telling myself that and I quit.”

Apparently, God had other plans for the young hopeful actress.

“Two weeks later, God gave me a movie for my first acting role,” she said.  “I want to thank my entire family, my mom, my dad, and my brother and a special shout out to my nana. I just lost her two weeks ago. So, nana, this goes out to you.” 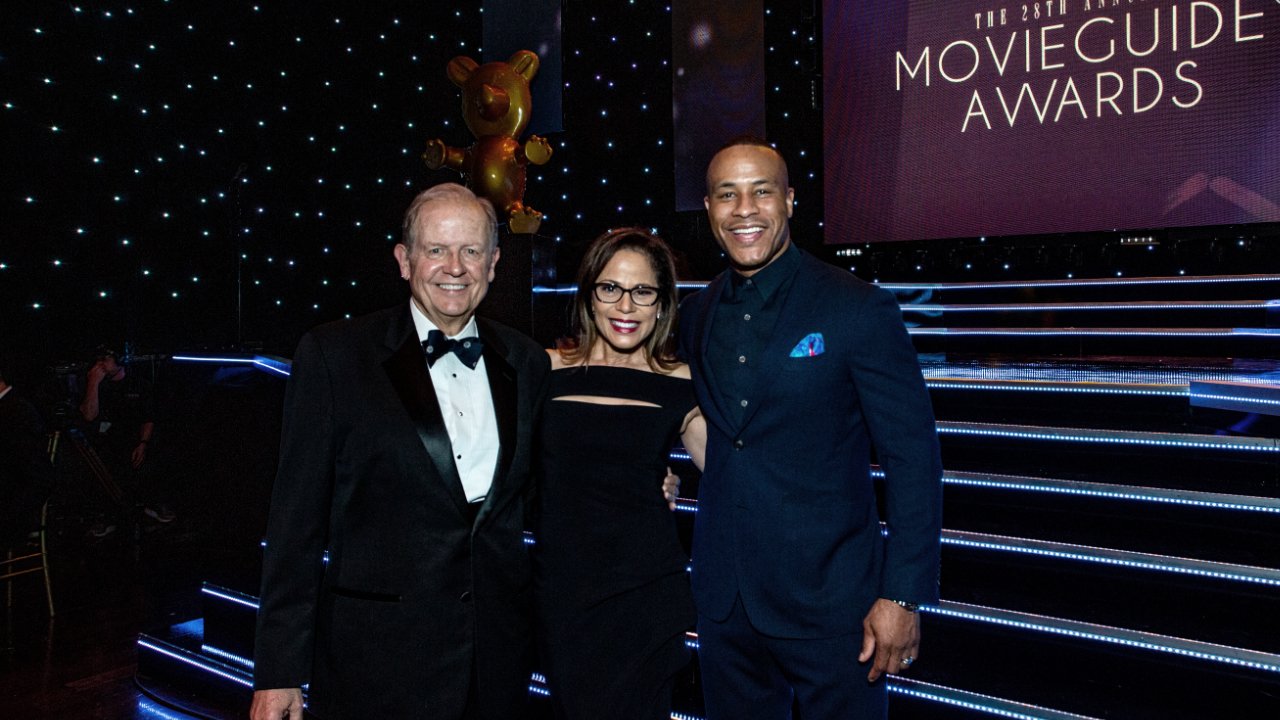 If viewers are familiar with Franklin, they’ll know that he frequently stresses the power of prayer on social media. Well, this time, he did so while on stage at the Movieguide® Awards.

“When you cry to Him [in prayer], He will answer,” said Franklin alongside BREAKTHROUGH director Roxanne Dawson.

The BREAKTHROUGH plot centers on a mother who cries out to God for healing for her son, and God responds with a miracle.

Franklin also delivered the opening prayer at the event before Movieguide® founder Dr. Ted Baehr gave his Annual Report to the Entertainment Industry.