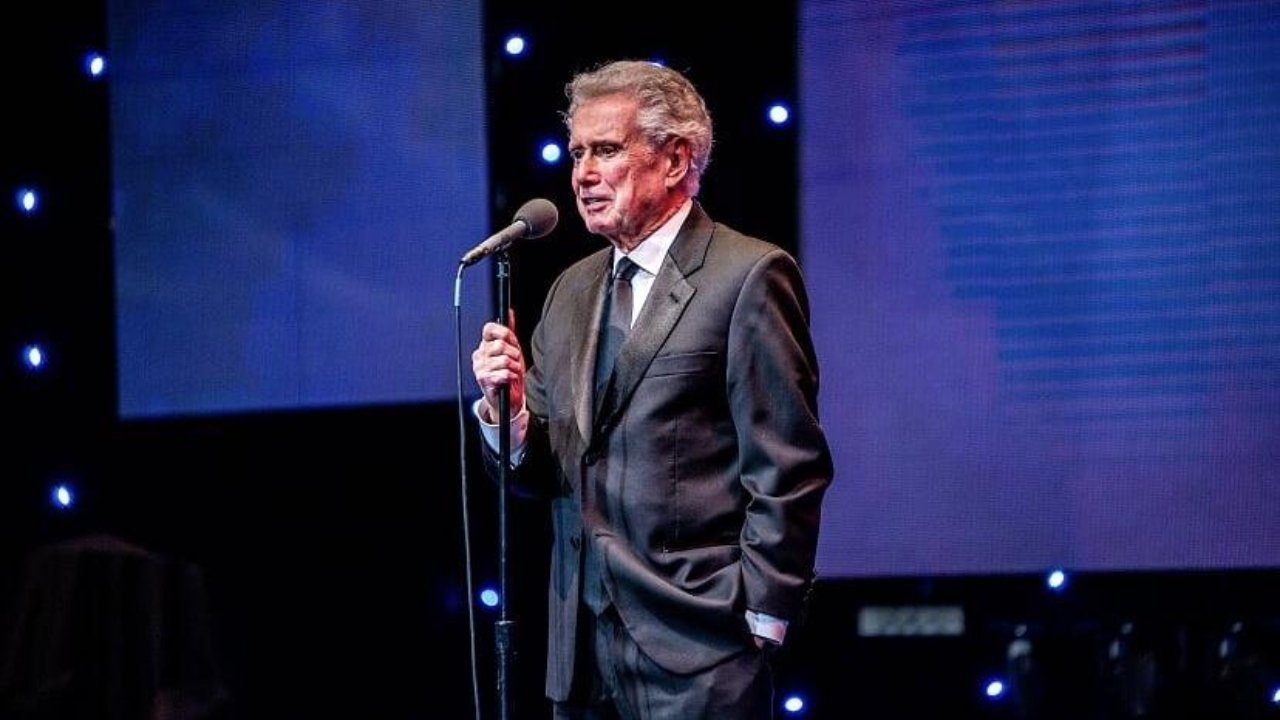 Regis Philbin, a popular television host and a presenter at the 2020 Movieguide® Awards Gala Report to the Entertainment Industry, died on July 24. He was 88.

“His family and friends are forever grateful for the time we got to spend with him – for his warmth, his legendary sense of humor, and his singular ability to make every day into something worth talking about. We thank his fans and admirers for their incredible support over his 60-year career and ask for privacy as we mourn his loss,” the Philbin family says.

Philbin hosted many television shows during his tenured career in the entertainment industry, including LIVE! with co-hosts Kathie Lee Giffrod and Kelly Ripa, as well as WHO WANTS TO BE A MILLIONAIRE.

According to PEOPLE magazine:

Born on August 25, 1931, Philbin was raised in the Bronx and graduated from Cardinal Hayes High School in 1949 before attending the University of Notre Dame, where he earned a sociology degree in 1953.

After serving in the Navy, Philbin began his career in show business as a writer and made his way in front of the camera in 1961 with a local talk show in San Diego called The Regis Philbin Show. Then in 1967, he became widely known as Joey Bishop’s sidekick on The Joey Bishop Show.

After a string of local talk shows, including A.M. Los Angeles and Regis Philbin’s Saturday Night in St. Louis, he moved to New York in 1983 to host The Morning Show, which was renamed three years later as Live! with Regis and Kathie Lee.

Philbin’s accolades include Daytime Emmy Awards for outstanding talk show host for Live! in 2001 and 2011 as well as outstanding game show host for Who Wants to Be a Millionaire. He also received a Hollywood Walk of Fame in 2003 and a Lifetime Achievement Award from the Daytime Emmy Awards in 2008. Throughout his career, Philbin had various health issues. He underwent an angioplasty in 1993, followed by triple bypass surgery due to plaque in his arteries in March 2007. In December 2009, the television personality had his hip replaced.

Earlier this year, Philbin surprised Kathie Lee Gifford at the 29th Annual Movieguide® Awards Gala and Report to the Entertainment Industry to present her with the Visionary Award.

“It’s my great pleasure to present this Visionary Award to Kathie Lee Gifford,” Philbin said at the Awards, one of his last public appearances before his death. “She is a dear old friend of mine, but as you know, she likes to remind me that I’m always going to be older. Kathie Lee and I may be the only ones who have won some Emmys just for having a coffee every morning chatting. She was great. She really was. We started out on a local New York show, which quickly went national, then became LIVE! with Regis and Kathie Lee. We did that for 15 years. I did it for like, I don’t know, 45, but for her 15 years with me was the best time I ever had on that show. Right across, I discovered that she truly is a professional.

Philbin continued, “A few years later, Kathie Lee moved to the Today Show where she brought the show to a rating’s success. Her movie career began with Then Came You and this past closing year with Hallmark’s A Godwink Christmas. If you asked me, Kathie Lee Griffin is a true visionary.”

Movieguide® is praying for the Philbin family during this time.