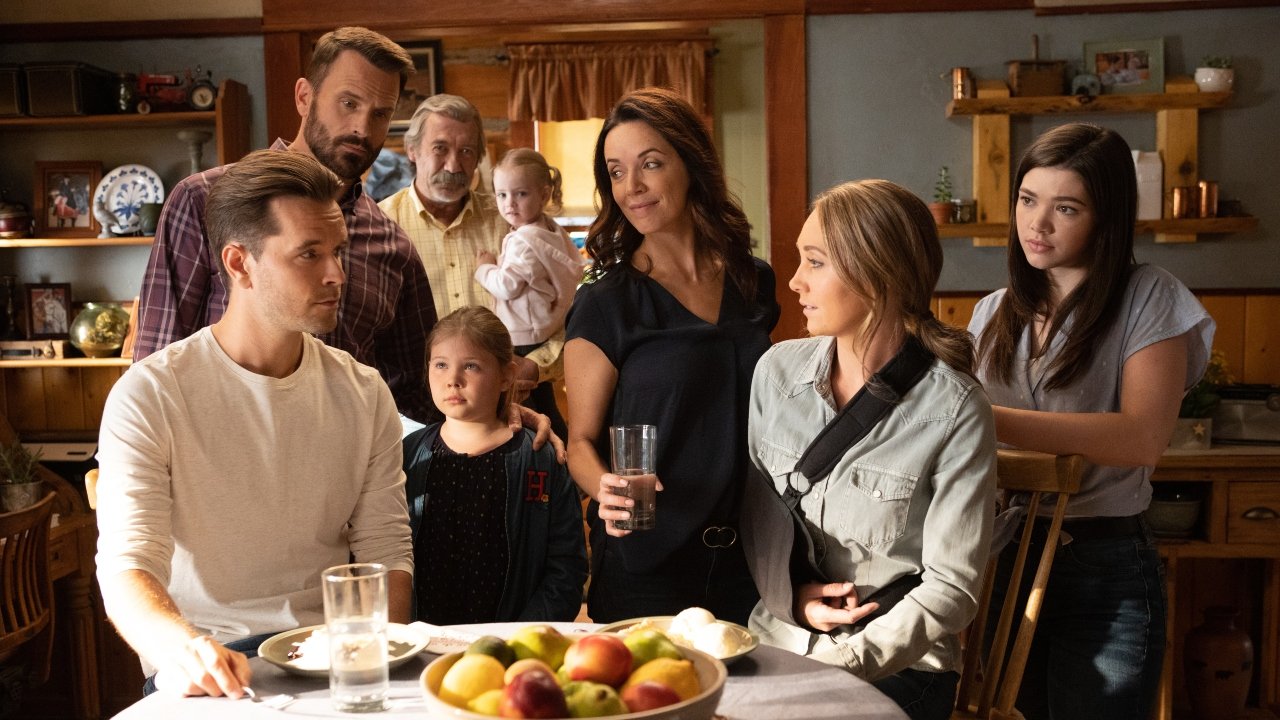 HEARTLAND Executive Producer didn’t expect the family-friendly TV show to flourish over the course of 12 seasons — now entering its 13th–but the heartwarming drama continues to attract new viewers and impress the veterans.

“It’s actually kind of bizarre,” Conkie told Moviegudie®. “I know how many people would be extremely sad and will be because (the show’s cancellation) is inevitably going to happen, but it’s just so lovely that the show has remained popular for this long and has an evolving bunch of fans. I mean, people who are 15 now watched it when they were 5, and have grown up watching the show.”

HEARTLAND is a family drama set on a ranch in Canada and explores the ins and outs of family life across generations. Though the show continues to appear on Sunday night broadcast television in Canada, many viewers watch it via streaming on Netflix or UPtv. UP Faith & Family streaming is the only streaming option where fans can watch the new season 13.

Families are the primary fanbase and the heart of the show, with multigenerational dynamics driving many of the storylines.

“I think it’s hugely important in this day and age [to include family content],” Conkie said. “I think family viewing is something that sets up a dynamic in your own family. Families are setting an appointment with their TV, which is really important because it means that families are watching together and not in separate rooms and glued to screens and other people are glued to their computer screens or their game screen screens. It’s just a really wonderful opportunity for people to watch together. For families, especially, I think it’s an oasis.”

HEARTLAND was nominated for the Faith & Freedom® TV Award for the episode “Dare to Dream.”

Though the show entered the broadcast world quietly, streaming gave the beloved drama a boost, Conkie said, and has allowed the fanbase to grow increasingly invested as characters grow from children into adults and build lives of their own.

Much of the success, Conkie said, is because audience members of all ages will see someone onscreen to whom they can relate.

“I think that people who have watched it, even for a couple of seasons, feel incredibly attached to the family,” Conkie told Movieguide®. “(Fans) think [the characters] are real, and so they love following the adventures and they love where they live, and they love seeing the scenery and the horses and this idyllic, inspirational kind of lifestyle.”

That lifestyle attracts audience members of all ages, with demographics ranging from age 4 to 94.

“That’s amazing because there’s something in the show that appeals to all those age groups,” she told Movieguide®.

“We work hard at doing that,” Conkie said. “I also think that the humor, the combination of the tears and the laughter, it makes people feel that they’ve gone through something in that hour that they’re watching. Usually, the word we hear a lot is ‘cathartic.’ I think it’s because of cathartic situations or situations that a lot of families and individuals can relate to it, we always try to write fairly real things that people have come up against in their own lives.”