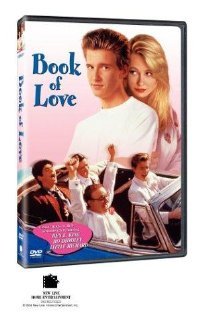 Jack opens his 1959 yearbook to figure out which one of his old flames is back in town. The movie zooms in on the life of a younger Jack who is struggling with awkwardness, raging hormones and a move to a new neighborhood. None of this is helped by the fact that Peanut, his younger brother, seems to have his life and sex under control.

Just as Jack predicted would happen on his first day in town, Jack meets the school wimp, Crutch, and they both are beaten up by Angelo, the school bully, and his gang. Stripped of their clothes, Jack and Crutch run home past several of the local hot high school girls.

At school, Crutch points out Lily to Jack, who happens to be the most beautiful girl in town. Jack falls in love, but Crutch warns him that Lily is Angelo’s girl. Crutch also points out that Angelo’s sister, Gina Gabooch, may be pretty, but she is just as tough as Angelo.

The parents seem oblivious to the immorality wrecking havoc on their homes. Eventually, Jack takes Gina to the prom and scores. He goes on to marry Lily, but as he closes the yearbook at film’s end, his divorce final, he drives over to pick up where he left off with Gina.

BOOK OF LOVE is an archetypal “horny boy” movie. Though clever, it winks at sin and intentionally undermines whatever mores these teenagers may have. Thus, it promotes fornication as the culmination of the process of coming of age and confuses lust with love. Some may argue that this is an accurate representation of our youth. Perhaps, but it is still wrong and destructive to the fabric our society. Our youth should be encouraged to form lasting, healthy marriages and families, not to seek sexual gratification at every turn. At a time when sexual diseases are raging out of control and the family is collapsing, we don’t need films like this which blatantly pander to prurient interests.