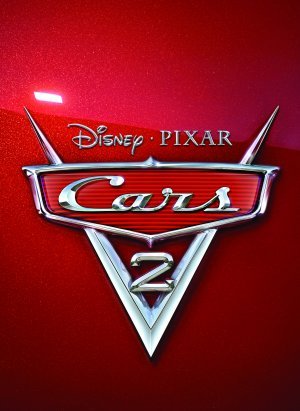 CARS 2 starts with a bang and never lets up. In the sequel, the lovable tow truck, Mater, convinces his friend, Lightning McQueen, to enter the World Grand Prix in Tokyo, Paris and London. When they get to Tokyo, however, Mater embarrasses McQueen. He’s also mistaken for an American spy by Finn McMissile, a car working for British Intelligence. Mater finds himself torn between helping his buddy, Lightning McQueen, and helping Finn uncover a secret plot to destroy the Grand Prix and all the cars competing in it. Mater keeps embarrassing Lightning, which tests their friendship to the limit.

CARS 2 is full of adventure, laughter and wild fun. The predicaments Mater gets into will capture your heart. As always, the animation by the Pixar group working with Disney is absolutely beautiful. That said, the pace is a bit frenetic at times, and there are too many plotlines, which is sometimes confusing. However, CARS 2 has a lot of heart. The goodhearted Mater is the hero and he helps the others discover the importance of friendship. CARS 2 eventually wins the race. It’s checkered flag fun for the whole family!

(BBB, C, CapCap, PC, E, Acap, V, A, M) Very strong moral worldview with some redemptive elements of sacrifice and forgiveness, some strong capitalist elements of competing, winning and advertisements, with some light politically correct, environmentalist, anti-capitalist content about Big Oil, including a comment “Once Big Oil, always Big Oil,” but the focus is on making a moral statement against cheating to win, get ahead or get rich; no foul language but some very light bathroom humor about leaking oil, villain car falls into brown waste from a waste truck and Tow Mater goes into a Japanese bathroom stall which turns out to be something like a car wash; lots of light action and comic violence such as shooting, cars deliberately wrecked, car crushed off screen, cars startle and tip over large sleeping tractor, characters fall, cars fight, and plenty of chases; no sex; no nudity; cars offered liquid concoctions pictured like cocktails with alcohol; no smoking or drugs; and, nothing else objectionable.

CARS 2 is world-class fun. It starts with a bang and never lets up.

The story opens with Finn McMissile, a car working for British Intelligence, trying to find out what happened to one of his agents. Finn follows the agent’s coordinates to a large new system of oil rigs in the North Sea. There, he finds his agent has been crushed and that the bad guys are led by the evil Professor Z. The Professor has created some kind of camera gun, but Finn is discovered, and so he barely escapes with his life and can’t find out more.

Cut to Radiator Springs, where Lightning McQueen has just returned from a series of races. Lightning’s tow truck friend, Mater, is glad to see McQueen back home. After having some fun goofing around, Mater convinces McQueen to compete in the first-ever World Grand Prix in Tokyo, Paris and London. The series of races not only will determine the world’s fastest car but also will have all the cars running on a new alternative fuel, Allinol.

The spy plot resumes when Finn McMissile mistakes Mater for an American agent carrying information for Finn. Mater finds himself torn between helping his buddy, Lightning McQueen, and helping Finn uncover the secret plot to destroy the Grand Prix and all the cars competing in it. Mater keeps embarrassing Lightning, which tests their friendship to the limit.

CARS 2 is full of adventure, laughter and wild fun. The predicaments Mater gets into, especially when they affect his friendship with Lightning McQueen, will capture your heart. As always, the animation by the Pixar group working with Disney is absolutely beautiful and exciting. The 3D visuals are used to great effect without ever intruding into the story. Also, it was great to see Michael Caine, who voices Finn McMissile, give a homage to his early work as a British spy in the classic spy movies THE IPCRESS FILE, FUNERAL IN BERLIN and BILLION DOLLAR BRAIN from the acclaimed books by Len Deighton.

That said, the pace in CARS 2 is a bit frenetic at times, and there are too many plotlines competing with one another. Finally, the intricate spy plot sometimes may be a little hard for younger children to follow, especially in the middle and at the very end. For example, one of the twists at the end was difficult to catch, because it went by so fast.

What ultimately comes through, however, is the heart of the movie. Mater is actually the hero of the story. He treats everybody the same, with an enthusiastic, innocent joy and wonder, based on his small-town upbringing. This sometimes gets him into trouble, however, even though he’s much smarter than he looks and than everybody thinks. In the end, it’s not Mater who must change, it’s the world that has to recognize who Mater is and how valuable he can be, especially as a friend who cares.