"Intense but Ultimately Disappointing and Depressing" 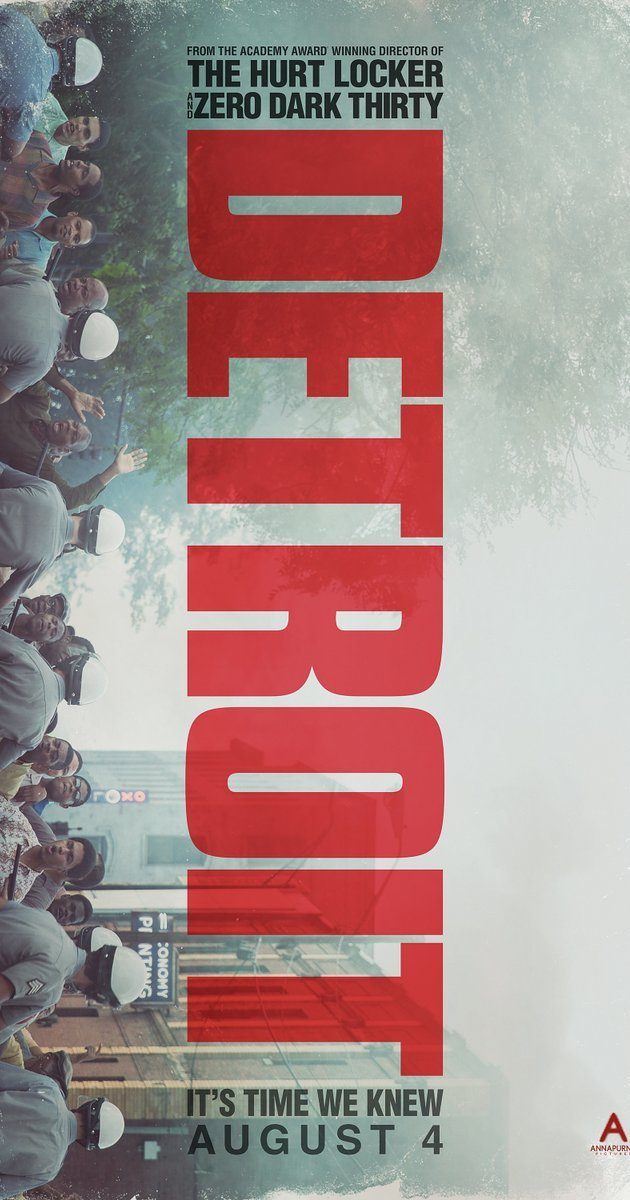 DETROIT follows the happenings of the Detroit riots in 1967. It is 1967 in Detroit and the Dramatics just want to become famous with their music, but a climate of racial tension is exploding. When riots start, the Dramatics must stop what they’re doing and flee. Group members Larry and Fred go to the nearby Algiers Motel. Later, when someone fires a training pistol, the police come and interrogate everyone. They’re led by a racist officer. Hours pass, and there may be no end to the torture at the Algiers Motel.

DETRIOT is an intense, violent movie that leaves viewers feeling hopeless. It has a depressing humanist message. The movie should have been structured very differently to get the same points across but provide some relief for the audience. Instead of that, the filmmakers don’t give any positive action points for racial reconciliation, but leave viewers in despair. Other movies tell better, more edifying and more Christ-centered stories about the Civil Rights movement, such as SELMA or RIDE TO FREEDOM: THE ROSA PARKS STORY. Sadly, DETRIOT also has little entertainment value.

(HH, CC, Ab, AP, P, LLL, VVV, S, NN, A, D, MM) Strong humanist worldview with a hopeless ending about the corrupt nature of man, plus one character becomes a Christian at the very end and characters pray and sing worship when they are being interrogated, but that’s because their interrogator tells them in a mocking tone to do it, and some police are depicted as unjust, but others try to do good; at least 82 obscenities (including more than 60 “f” words) and six strong profanities including using GD and the name of Jesus; very strong and strong violence includes shootings, three men are shot and killed, villains beat up the other characters, and the characters become bloody, police beat men, police shoot down a man running away from them for no reason, and the man dies, people start fires in stores and loot them, villain looks as if he will abuse a woman after he tears off her dress, and lots of violent tension; young women joke that they are prostitutes and then kiss men they have just met; upper female nudity when villain pulls off woman’s dress, and she’s left standing naked; drinking; smoking; and, looting, arson, police make mistakes that appear racially motivated.

DETRIOT follows the happenings of the Detroit riots in 1967. DETRIOT is a violent, intense movie that leaves viewers feeling hopeless, with a mixed humanist message.

It is 1967 in Detroit, and the Dramatics just want to make it famous with their music, but the climate of racial tension is exploding. It is finally time for the Dramatics to make their entrance on stage, but they are stopped and evacuated because some riots are getting too close to the theater.

Both those who are rioting and the police are taking violent measures to get messages across. The African Americans believe it has been too long that they have been a victim of injustice and not been given equal rights. There are some good police who are helping the situation, but there are also some very evil police, including a man named Officer Krauss, who kills just because of his racism.

That night after the Dramatics have to leave the stage, group members Larry and Fred go to the nearby Algiers Motel. The two get a room there and think they’ll be safe at the motel. Later, they meet two young white women named Julie and Karen who joke that they’re prostitutes.

Julie and Karen do know a lot of the men at The Algiers. They walk Larry and Fred up to the room of a guy named Carl. Carl is joking and pretending to shoot people with a pistol, and then shoots out the window at the police. Officer Krause hears the gun, thinks it’s a real sniper, and runs in to the hotel. Officer Krause and his team line up all the people in the building against the wall, including Fred and Larry. Shaking and terrified, Larry, Fred, Julie, and Karen say that no one has a gun, but Officer Krause repeatedly torments them for the information.

Officer Krause takes men into other rooms of the hotel, puts them on the ground and shoots a bullet by their ears. So, the others lined up in the other room think he’s killed them. Eventually, one man is indeed killed, and, by the end of the night, three men are dead. The question is whether Officer Krause and his men will be tried for the killing and torture of these men and women.

DETRIOT is a depressing, hopeless movie, with no positive resolution. The movie is pointing out the problems of racism but is too extreme with its violence and with no relief for the audience. One character becomes a Christian, but this isn’t until later in the movie. Eventually, the movie’s ending leaves viewers with a depressing, humanist feeling.

Average moviegoers probably will reject DETRIOT because of its depressing, unresolved ending. The movie could have been structured very differently to get the same points across and add some relief for the audience. In the end, the movie doesn’t provide any positive action points for racial reconciliation but leaves viewers in despair instead.

MOVIEGUIDE® recommends other movies besides DETROIT, such as SELMA or RIDE TO FREEDOM: THE ROSA PARKS STORY. Both these movies tell better stories of what happened during the civil rights movement, with positive figures fighting for equality and believing that Jesus Christ paid the way to racial reconciliation through peace and love. Ultimately, DETRIOT has little entertainment value and contains excessive, gratuitous foul language and some excessive depictions of violence to go along with its depressing humanist tone.

Note: The 1967 riots in Detroit have been called the worst riots in the United States in the 20th Century, since the New York draft riot during the Civil War. According to black economist Thomas Sowell in a March 29, 2011 column titled “Voting with Their Feet” (https://townhall.com/columnists/thomassowell/2011/03/29/voting-with-their-feet-n732700):

Detroit is perhaps the most striking example of a once thriving city ruined by years of liberal social policies. Before the ghetto riot of 1967, Detroit’s black population had the highest rate of home-ownership of any black urban population in the country, and their unemployment rate was just 3.4 percent.

“It was not despair that fueled the riot. It was the riot which marked the beginning of the decline of Detroit to its current state of despair. Detroit’s population today is only half of what it once was, and its most productive people have been the ones who fled.”