"Before the Dark Knight" 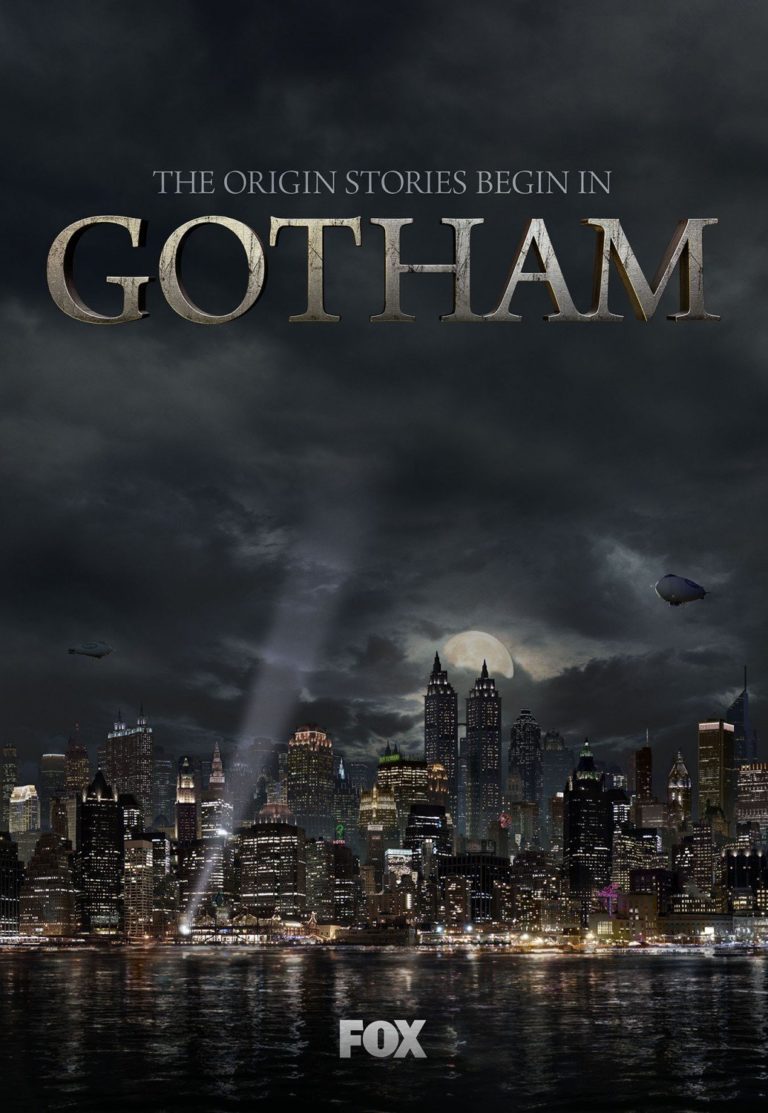 The pilot episode of the new TV series GOTHAM, about the exploits of Police Commissioner James Gordon before Bruce Wayne becomes Batman. The first episode shows Bruce Wayne’s parents getting murdered, with Gordon consoling the young boy at the scene. Then, Detective Gordon is paired with a shady detective named Harvey Bullock. Bullock introduces Gordon to the corruption he’ll face in the city. That corruption includes some police officers and some judges, and a new villain, a female gangster named Fish Mooney, played by Jada Pinkett Smith. Ben McKenzie plays Detective Gordon, and Donal Logue plays Detective Bullock

The pilot episode of GOTHAM is an exciting one. It features excellent writing, direction and acting. The atmosphere is pretty spot on as well. GOTHAM is clearly a series for mature audiences, however. Thus, the hero is up against some pretty dark and evil forces. His challenge is to stay above the corruption while infiltrating Gotham City’s dark underbelly to defeat it step by step. The pilot episode also contains some crude content. So, MOVEIGUIDE® advises strong caution. GOTHAM is not a program for children.

(BBB, C, LL, VV, S, NN, A, D, MM) Very strong moral worldview set in a dark world about an honorable police detective working against the corruption that’s controlling his city, with Christian symbols in cemetery; about 11 obscenities and profanities; strong violence includes boys parents shot to death in front of him, man beaten up, men beaten or punched, police detective calms down a hostage taker with a police gun and knocks him out, man pretends to shoot another man dead to ingratiate himself with a powerful villain, man with hatchet threatens to torture another man to death; no depicted sex but some sexual references, including female criminal appears to run a nightclub with strippers; partial rear female nudity in background as woman in skimpy bikini type underwear appears on stage in background; alcohol use; smoking; and, stealing, bad father figure, young teenage girl wanders city observing things and appears to be living on her own, city corruption even affects the police and the judicial system, betrayal, honorable police detective’s partner promotes moral relativism to hero.

The pilot episode of the new TV series GOTHAM, about the exploits of Police Commissioner James Gordon before Bruce Wayne becomes Batman, is an entertaining but dark and gritty tale of fighting corruption in the big city. The TV series is clearly for mature audiences. So, if future episodes are like the pilot episode, MOVIEGUIDE® advises strong or extreme caution for the new series. That said, the pilot episode is clearly a story of good versus evil, as Detective Gordon tries to clean up the city while working under the radar, or even undercover. At this point, Gotham is a city where even the police and the judges are corrupt, not just the politicians and businessmen.

In the pilot episode, Detective Gordon is paired up with a corrupt detective named Harvey Bullock. Though Bullock tries to do some good in fighting crime, he doesn’t rock the boat when it comes to the people in charge of the city’s corrupt underbelly. They are just too powerful. Also in the pilot episode, viewers get glimpses of villains before Batman such as a young Catwoman aka Selina Kyle, the Riddler aka Edward Nygma, the Penguin aka Oswald Cobblepot, and Poison Ivy aka Ivy Pepper. The villains apparently will be shown in their pre-costume phases.

The first episode shows Bruce Wayne’s parents getting murdered, with Gordon consoling the young boy at the scene. After being paired with Bullock, Gordon is shown some of the corruption he’s up against. That corruption includes a new villain, a female gangster named Fish Mooney, played by Jada Pinkett Smith. The first confrontation with Mooney shows Gordon deftly overcoming some moral dilemmas that will enable him to stay above the corruption while gaining some new tools in his arsenal in making the city safer for its citizens. The question is, will James Gordon’s moral conscience change Ben Bullock for the better? Ben Mckenzie plays Detective Gordon while Donal Logue plays Detective Harvey Bullock.

The pilot episode of GOTHAM is an exciting one. It features excellent writing, direction and acting. The atmosphere is pretty spot on as well.

As noted above, GOTHAM is clearly a series for mature audiences. Thus, the hero is up against some pretty dark and evil forces. Pulling the strings of corruption in the city is a gangster named Falcone. Fish Mooney and her men work for Falcone. Viewers can refer to the MOVIEGUIDE® award winning 2005 movie BATMAN BEGINS for some nice background to the situation involving Falcone and Gotham City. It’s what drives Bruce Wayne to go on his journey to learn the ways of the criminal mind and, eventually, transform himself into Batman, the savior of Gotham City. The pilot episode also contains some foul language and sensuality. GOTHAM will clearly be a less family-friendly TV series than the new superhero series THE FLASH, whose pilot episode MOVIEGUIDE® will also review soon.