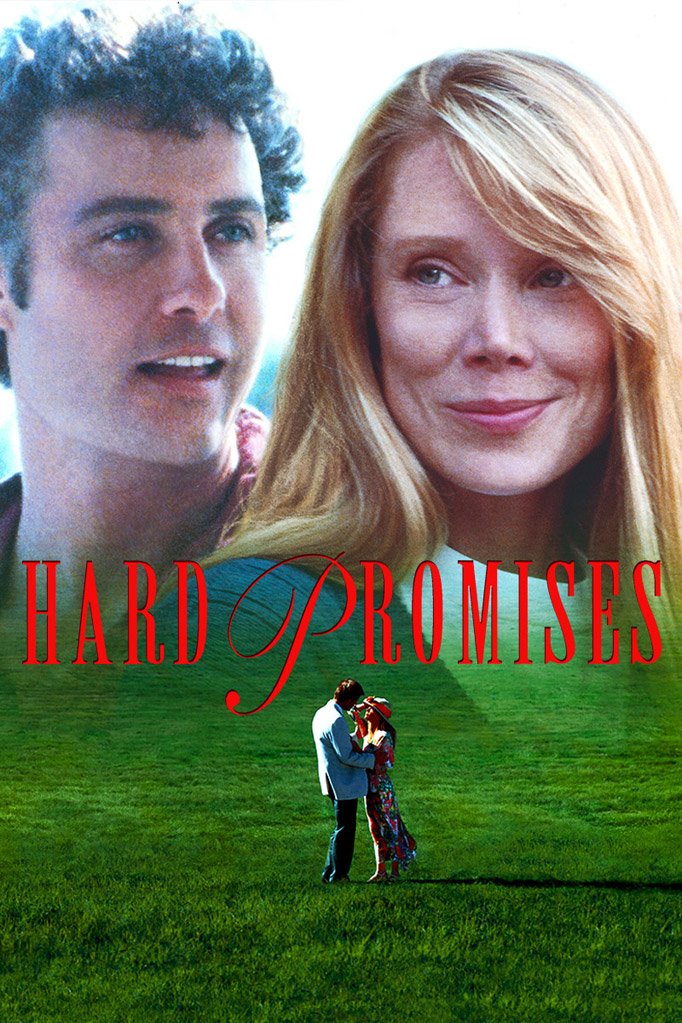 HARD PROMISES is a romantic drama about a woman torn between the sensual appeal of a long absent ex-husband and the prospects of stable family life with someone else. In trying to show both sides of the issue, the film affirms the ex-husband's terminal irresponsibility, reckless sensuality and disloyalty. Furthermore, the film condones fornication and adultery.

HARD PROMISES begins on a ranch, as Joey opens an invitation to his wife’s wedding. Joey has spent most of his 12-year marriage to Chris pursuing other female companionship around the world, coming home whenever it suits him. Fed up, Chris divorced him and plans to marry Walt. Walt is stable and committed to Chris and her daughter, Beth. In contrast, Joey is hopelessly self-centered and prone to violence. Joey goes back to their Texas home town, determined to torpedo the marriage. For some reason, Beth has remained loyal to her father, who barely recognizes her upon his return. Using Beth as a wedge, Joey insinuates himself into Chris’ life. Ultimately, Chris marries Walt, but not before succumbing to Joey’s sexual overtures the night before the wedding.

Although Joey doesn’t break up the marriage, he fornicates with Chris and is free of responsibility, which is all he wants anyway. Thus, Joey remains unrepentant, unapologetic, unchanged, and unaware. Apparently, the makers of HARD PROMISES want audiences to approve of Joey the philanderer. What whould have made this movie is if someone had stood up to this sociopath and unceremoniously escorted him out of town. Regrettably, no one did.