"Not Your Average Hostage Thriller" 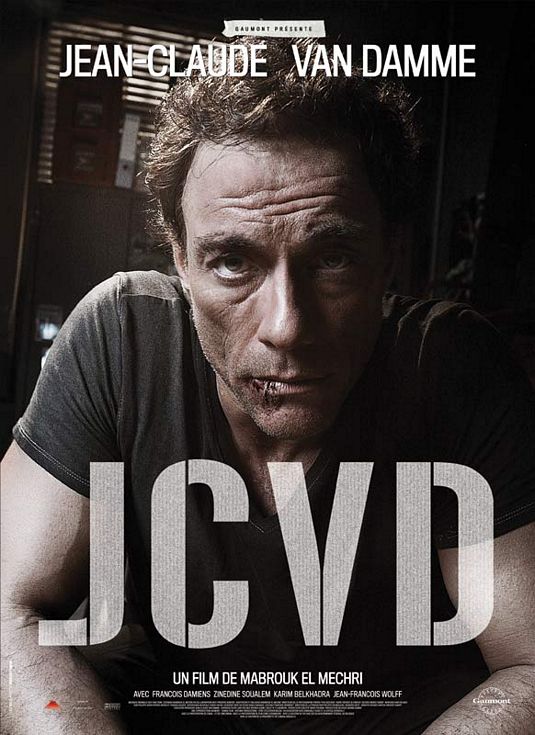 JCVD is an absorbing hostage thriller from France starring Jean-Claude Van Damme. Playing himself, Jean-Claude is losing a custody battle over his little daughter, who wants to live with her mother instead of him. He flies to his home country of Belgium to get some needed rest. There, however, he walks into a local post office, where he finds three robbers holding the employees and customers at gunpoint. The robbers force Jean-Claude to pretend that he’s the one holding the people hostage. This forces the celebrity to contemplate the ups and downs of his super-stardom. How can he live up to the heroic legend he has built?

JCVD is not your average hostage thriller, though it has plenty of thrilling and suspenseful moments. It’s also a comical and bittersweet reflection on the cult of celebrity and the choices people face in life. In the end, the movie is morally uplifting, but there is an ironic twist that’s bittersweet, and there is plenty of strong foul language and some strong violence. Thus, moviegoers should approach this French import with media-wise caution and discernment. Van Damme gives an excellent, emotional performance, however.

(Pa, B, H, LLL, VV, N, DD, M) Light mixed pagan worldview with moral and humanist elements mixed with bittersweet moments, compassionate reflections on the human condition and occasional irony; 41 obscenities (including some “f” words) and one or two strong profanities; strong violence with some blood includes a lengthy scene in a movie where a man fights in an urban war zone with martial arts moves, gun battles and a few explosions, car windows shot out several times, hostages threatened with violence, man knocked unconscious, some real fighting, people shot dead, robbers refuse to release child hostage and separate mother from the child when they let mother go, robbers forcibly remove mother from child; no sexual content; upper male nudity of two men dressed only in underwear shorts and shoes; no alcohol use; brief smoking and talk about having past problems with drugs in one scene; and, attempted robbery, robbers hold hostages at gunpoint, robbers try to frame celebrity, a statement of moral relativism using math, and young girl testifies in court that she would rather live with her mother than her father.

JCVD is an absorbing hostage thriller from France with Jean-Claude Van Damme playing himself in a reflective way that surprisingly offers a compelling discourse on the ups and downs of super-stardom.

In the story, Jean-Claude finishes a custody battle in Los Angeles where his young daughter testifies that she’d rather live with her mother. He is also shown working hard on a long battle scene in his latest movie.

Cut to his home country of Belgium, where Jean-Claude has just flown into town for some rest. He doesn’t have much cash on him, however, so he stops at a local post office to pick up some wired money from his account.

Before Jean-Claude enters the post office, two guys at the video store across the street recognize him. He agrees to take a couple photos with them. One of the men asks to take one more photo for his sister, but Jean-Claude asks him to wait five minutes while he handles some business in the post office.

A minute later, shots ring out, hitting the window of the taxi that brought Jean-Claude from the airport. When a beat cop tries to see what’s going on, Jean-Claude’s head pokes out of a window in the post office, and he yells at the cop to go away.

In comes the local police commissioner to handle the hostage situation. The police assume that Jean-Claude has gone crazy and, indeed, they get hold of Jean-Claude by telephone, who tells them that a man is injured but he refuses to release any hostages. He agrees to let the commissioner enter with a doctor to tend to the injured man, but they must come in wearing only their underwear shorts and shoes.

By this time, a crowd and TV crews have gathered around the police barricades. Accompanied by catcalls and shouts of support for Jean-Claude, the police commissioner and a policeman with medical training enter the building. A disturbance takes place, however, when the injured man tries to tell the cops something and Jean-Claude knocks the man unconscious. Jean-Claude screams at the two policemen to leave.

At this point, the movie flashes back to Jean-Claude entering the post office. He tries to get money from the female teller, but she tells him there is no money. This doesn’t make sense to Jean-Claude, so he gets angry. Suddenly, the security guard and another man turn on Jean-Claude and rough him up. They and a third man have taken the employees and customers hostage, including a mother and her boy. Now, they want to frame Jean-Claude for the attempted robbery and the kidnapping and force him to act as negotiator to the police as if he is the lone criminal.

As this crisis unfolds, Jean-Claude finds himself thinking about the positive and negative sides of celebrity and fame, including the mistakes he has made. How can he live up to the heroic legend he has built?

JCVD is not your average hostage thriller, though it has plenty of thrilling and suspenseful moments. It’s also a comical and bittersweet reflection on the cult of celebrity and the choices that one faces in life. In the end, the movie is morally uplifting. In fact, it is particularly moving when Jean-Claude’s parents show up and appear completely perplexed and distraught over what seems to have happened to their son. In their hearts, however, they know that, somehow, their son must be innocent.

Even so, the movie does have a slightly ironic resolution that mutes its more positive aspects. It also contains plenty of strong foul language with some violence, so MOVIEGUIDE® advises extreme caution for this particular French import. Van Damme gives an excellent performance, however.