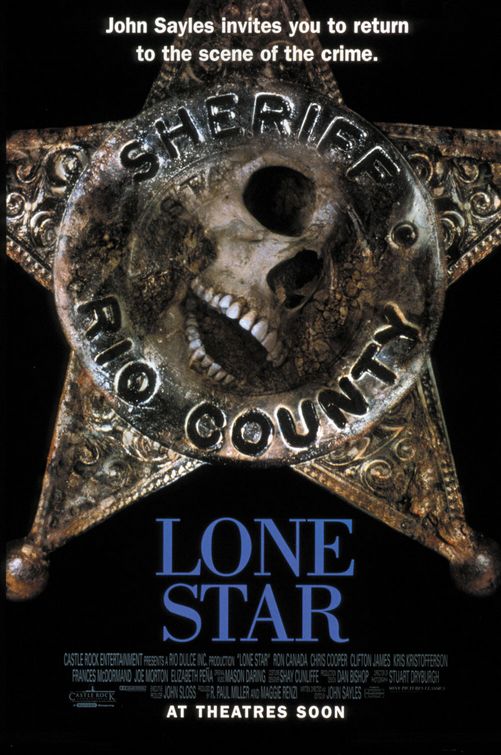 The discovery of Charley Wade's skeleton in the Texas desert begins an investigation into the victim's identity and the identity of his killer. The investigation soon reveals that Charley's death isn't the only skeleton that has been long buried. LONE STAR is a complicated story which promotes moral relativism and does contain elements that Christians will find objectionable including cold blooded murder and some foul language.

The discovery of Charley Wade’s skeleton in the Texas desert begins an investigation into the victim’s identity and the identity of his killer in LONE STAR. The investigation soon reveals that Charley’s death isn’t the only skeleton that has been long buried. Sheriff Charley Wade disappeared one night in 1957. Everyone has long suspected that he was killed by his deputy Buddy Deeds, who subsequently became sheriff. The discovery of the skeleton leads the present sheriff of Rio country, Buddy’s son Sam, to seek the truth about the incident and about his father. He learns much more than he bargained which involves Sam’s high school lover and Colonel Delmore Payne.

LONE STAR is an engrossing film. Writer/director John Sayles has done a masterful job of keeping the audience’s attention while he unravels a complicated story-line with numerous characters, flashbacks and subplots. The actors are thoroughly convincing, and the production quality is superlative. Kris Kristofferson particularly performs well as the evil Charley Wade. However, MOVIEGUIDE audience should be forewarned that the violence is shocking and graphic, though not gory. The worldview promotes moral relativism, and there are enough objectionable elements to warrant a caution to adults regarding this thought-provoking motion picture. Even so, LONE STAR is the most thought-provoking movie this year. It raises serious questions as to the nature of true evil and justice.