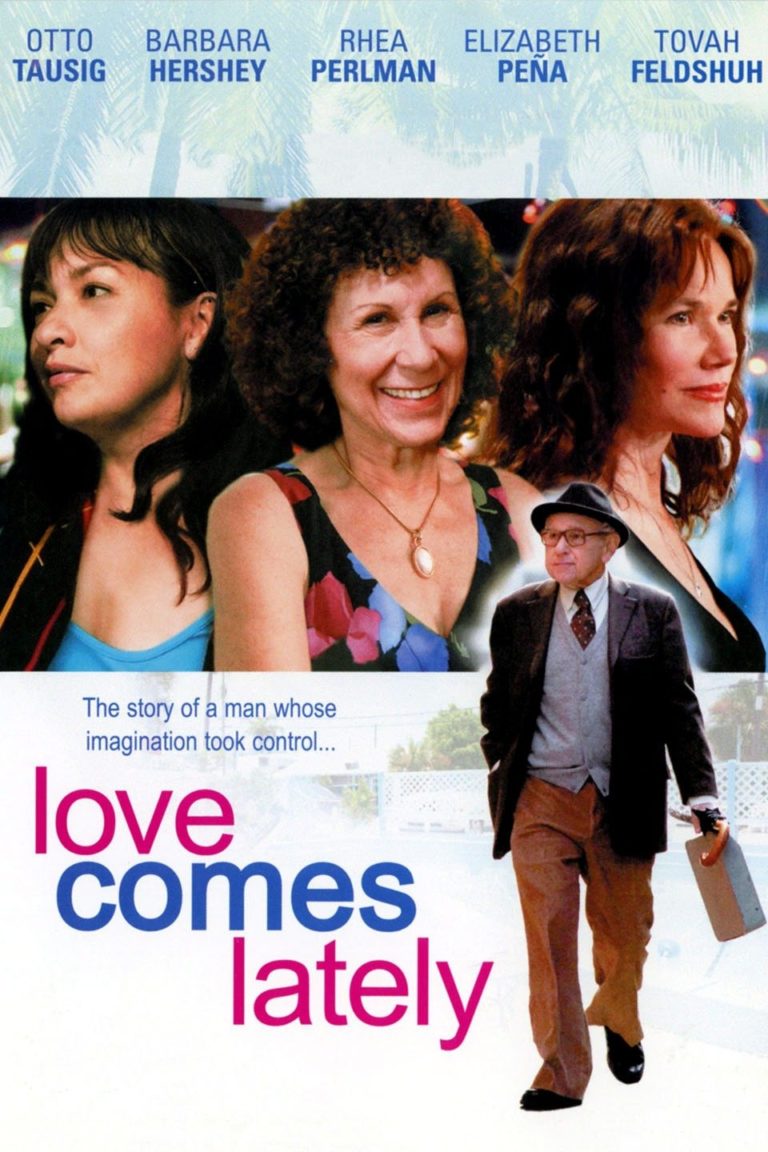 LOVE COMES LATELY is based on three semi-autobiographical short stories written by Isaac Bashevis Singer. In the main story, an elderly Jewish writer, Max Kohn, in New York City travels around the country lecturing. Much to his girlfriend’s chagrin, Max has affairs with somewhat younger women on the road. During one trip, Max has a one-night fling with an attractive former student. He also has a strange dream and reads one of his stories. In the dream, an elderly Jewish man is stranded in a cheap Miami Beach hotel with a crazy owner going through a divorce and a pretty, but crippled Cuban maid. In the story, a Jewish retiree meets a flirty widow haunted by the loss of her beloved husband.

The main story is about an elderly Jewish writer, Max Kohn, in New York City who travels around the country giving lectures at colleges and to book clubs and civic groups. Much to the chagrin of his girlfriend, Reisel, Max has affairs with other, usually younger, women, on the road.

After a dream about a pushy Amtrak conductor who resembles his psychiatrist asking Max personal questions about his love life, Max has an evening with Reisel at her apartment. The next morning, Reisel grills him about his alleged affairs, but Max lies.

Back at his office at his own home, Max tries to patch things up with Reisel by proposing a day together. When she gets there, however, he realizes that he has to leave that very day for a lecture out of town. Though angry, Reisel gives him a new briefcase for his upcoming birthday to send him on his way.

On the road for two lectures, Max meets one of his former students, the attractive Rosalie. They have a one-night stand.

Also on the road, Max has a dream about an elderly Jewish man, his alter ego, being in an abandoned cheap motel in Miami Beach, with a crazy owner embroiled in a divorce and an attractive, but crippled Cuban maid. Toward the end of the movie, Max reads a short story about a retiree in Florida, whose new next-door neighbor, a pretty widow, contemplates spending her last days with him. The woman is haunted, however, by the beloved memories of her joyous life with her recently dead husband.

Though well acted, LOVE COMES LATELY is one of those open-ended art movies with limited appeal. Some of the themes are emotionally powerful and thought provoking, especially to secular viewers, but the stories are permeated by sexual immorality and erotic fantasies. Most of the fantasies are improbable or abruptly interrupted. There’s also a somewhat haunting tinge of fear in the movie, particularly in its references to old age and death. In other words, this movie about sex, love, old age, fantasy, and death lacks a positive moral center. God is also absent. Consequently, most mainstream audiences will not find this movie worth their time, much less inspiring.