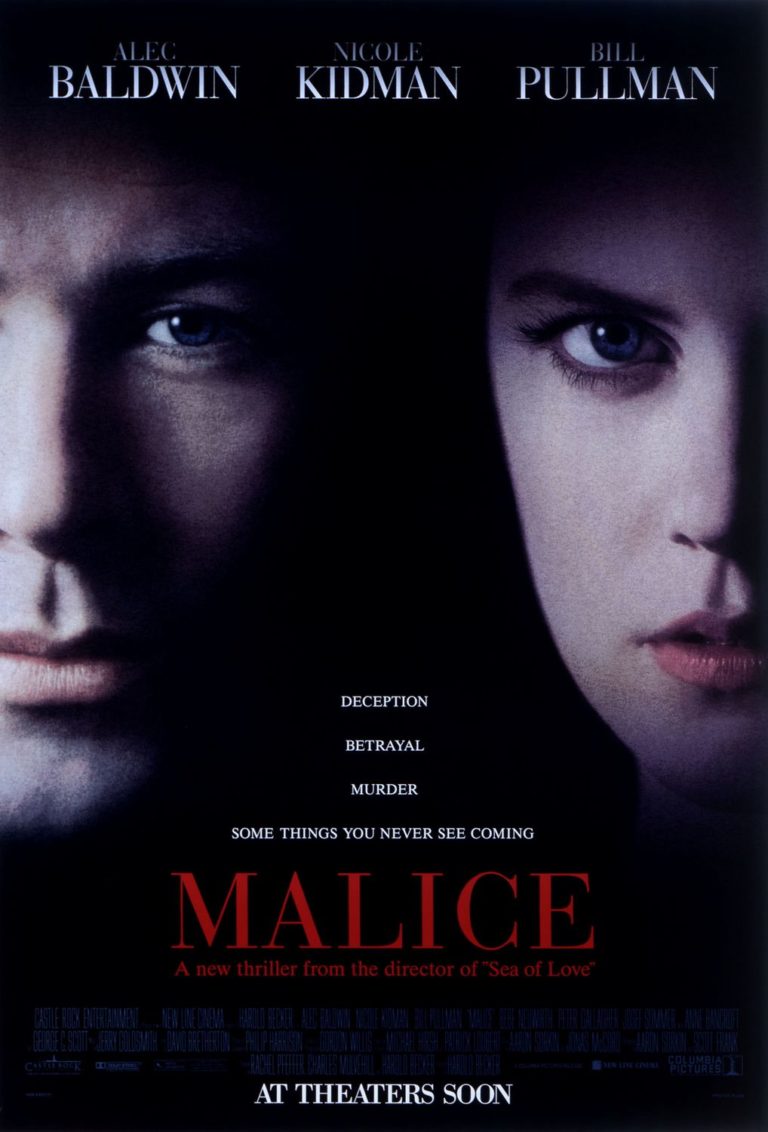 MALICE is a dramatic who-dun-it that centers around a "coincidental" meeting of two old college friends. One friend, Andy, finds himself involved in a money scam when the other, Dr. Hill, performs an unnecessary operation on Andy's wife who sues the hospital for malpractice. The film has some redemptive value, but the distasteful material, including nudity, perversion, voyeurism, and profanity one has to wade through first, are not worth the effort.

The dramatic who-dun-it MALICE centers around a “coincidental” reunion of old college friends, Dr. Jed Hill and Andy, along with his wife, Tracy. Andy needs a tenant for his house and asks his old friend to move in. The film takes a twist when Andy’s wife needs emergency surgery, and Dr. Hill operates on her, removing her ovaries. Later, the organs were determined to be healthy, and Andy’s wife sues the hospital for malpractice and is awarded a $20,000,000 judgment. Since an inflated ego always must reveal itself, Dr. Hill, during the malpractice investigation, says that in surgery people really pray not to the Christian God, but to him since his education, credentials, etc., make him god! The film continues to take some suspenseful turns with Andy’s discovery that his estranged wife, Tracy, is really the child of a con man who has a history of bilking people out of money. After Andy does some investigating, he discovers that his wife and Dr. Hill are in cahoots and have conned the hospital out of the money. At the end of the film, Andy has taken revenge and brought his wife to justice.

A redeeming quality of the film is that justice does prevail. However, the degrading material one has to view to reach it, is not worth it. The nudity, perversion (voyeurism by a child), blasphemy, profanities, and violence mar an otherwise interesting suspense film.