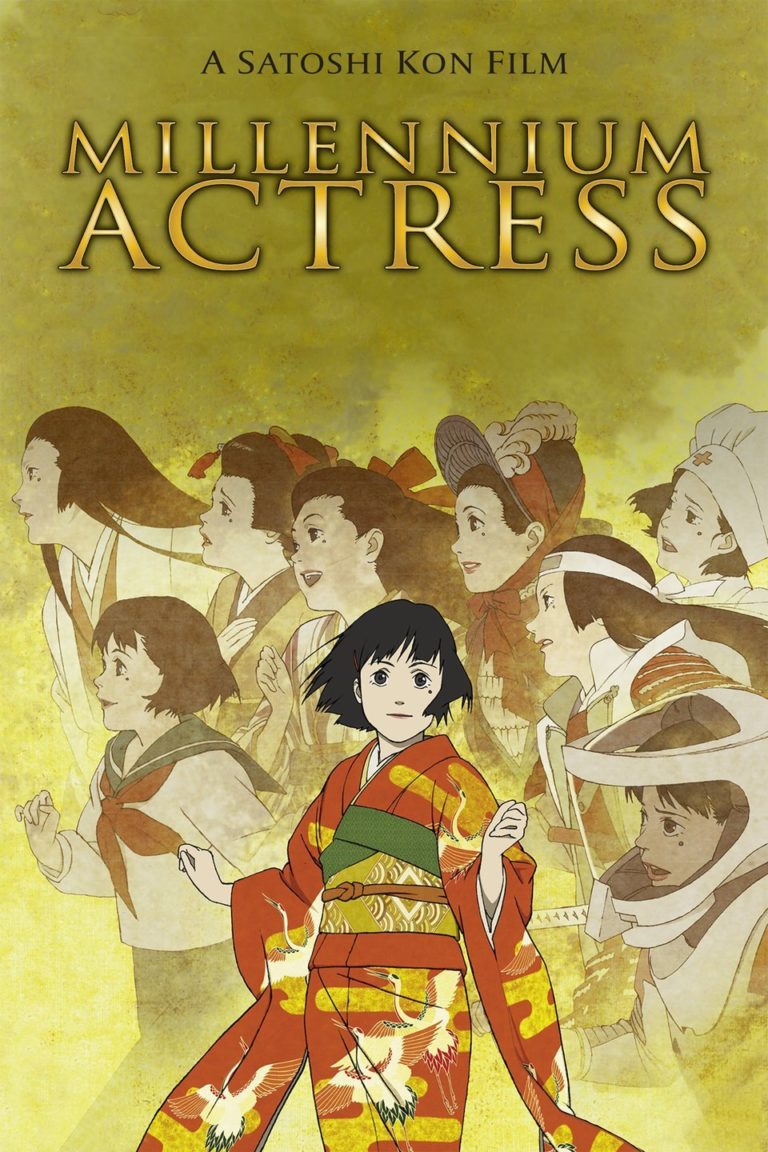 MILLENNIUM ACTRESS is a unique piece of Japanese animation blending fantasy, drama, and history in a story about an old actress looking back on her life and the man who loved her from afar. It has a few light obscenities, some wartime violence from different periods of Japanese history, a pagan worldview, and some occult elements.

MILLENNIUM ACTRESS is a unique piece of Japanese animation that splices together fantasy, drama, and history. As such, it reflects a postmodern sensibility about using art to blend truth and fiction.

The story opens with a documentary filmmaker, Genya Tachibana, watching his favorite actress, Chiyoko Fujiwara, in her last movie, a space epic. Genya goes to interview the actress, who is now 70-years-old. He and his assistant travel to her mountain lodge, where he presents her with an old key that she lost long ago. The key unlocks Chiyoko’s memories, and she begins telling them the story of her life.

As she tells them that the key actually belongs to a young painter whom she fell in love with after rescuing him from the fascist police in pre-World War II Japan, Genya and his assistant suddenly find themselves traveling back and forth in space and time with her. One minute they are witnessing major events in her life and the next minute they are actually taking part in one of her movies which weave together history and fantasy with Chiyoko’s search for the young painter, who disappeared.

The main message of this complicated animé is clearly stated at the end: it is the chase after one’s heart’s desire that is the most important thing in life. This is the true meaning of the key that the young painter gives her. Thus, finding your heart’s desire is not necessarily important, as long as you are chasing passionately after it. This message can perhaps apply to many different worldviews, although in the Christian worldview adopted by MOVIEGUIDE®, God promises us that if we search for Him, we will find Him. God also promises us in the Bible that we will find eternal life through Jesus Christ, if we believe and trust in Him.

MILLENNIUM ACTRESS has a few light obscenities and some wartime violence from different periods of Japanese history. There is also a scene where the actress visits a fortune teller, and some scenes where she is haunted by an evil wraith in the form of an old woman. Later in the movie, the old woman becomes a metaphor for another person in Chiyoko’s life. In fact, it may be said that the whole movie is one big metaphor for life, art, and human desire. As such, the movie is definitely provocative, but the animation and dramatic realization are flat at times.

Finally, although the movie has a mixed pagan worldview, it has a romantic approach toward life and art marked by an imaginative, emotional appeal to mystery, fantasy, and desire. It’s a fantastic journey about an old woman looking back on her life and the man who loved her from afar, but it also points to the future, where more adventures may lie in store.