VAXXED: FROM COVERUP TO CONSPIRACY 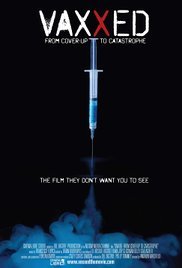 VAXXED is a documentary by Dr. Andrew Wakefield, a gastroenterologist who aggressively pursued his theory that the Measles Mumps Rubella vaccine, when given to children under two years, may cause autism. Wakefield supports his claims using scientific data from Dr. William Thompson, a Centers for Disease Control and Prevention whistleblower, who disagreed with CDC findings rejecting any connection of vaccinations to autism. Wakefield interviews parents of children with autism to prove his case, but never interviews Thompson.

Stylistically, VAXXED is one of the driest, cheapest documentaries ever produced. Unless someone is deeply invested in the topic, many viewers might not make it to the end. Not only is information repeated unnecessarily, but Wakefield gets heavily into the weeds of paper trails and alleged government cover-ups. More worrisome are the numerous scientific papers in the last two decades debunking Wakefield’s original 1998 study claiming MMR vaccines cause autism. Also, Wakefield was found to have committed fraud in his 1998 study. This eventually led Britain to revoke his medical license. Due to its questionable content and brief foul language, MOVIEGUIDE® advises extreme caution for VAXXED.

(PaPa, H, B, Acap, L, MM) Strong mixed worldview in a controversial scientific documentary with a primary focus on medical research, but with some concern shown for parents and children, and an anti-capitalist worldview against big pharmaceutical companies; two profanities and three obscenities including the “f” word; no violence, sex, nudity, alcohol use, smoking, or illegal drug references; and, information about the movie and its claims has uncovered some fraud and questionable arguments by the filmmaker and his main cohorts.

VAXXED is a controversial documentary by Dr. Andrew Wakefield, a gastroenterologist, who aggressively pursued the theory that the MMR (Measles, Mumps, Rubella) vaccine, when given to children under two years of age, can cause autism. His theory is based on Wakefield’s 1998 study published in the Lancet journal, which linked the vaccine to children who were diagnosed with autism shortly after their shots. The study included research done on only 12 children, but it was enough to alarm parents and certain members of the medical community.

Subsequently, the U.S. Centers for Disease Control and Prevention began to do its own studies, along with numerous other medical institutions. Although their findings largely suggest no link between the MMR and autism, there are still a minority of professionals and parents who believe otherwise, including Dr. Wakefield.

Since 1998, Wakefield’s study has been declared to be fraudulent because of alleged evidence manipulation, conflicts of interest and other ethical violations. For example, Wakefield apparently submitted a patent in England for his own vaccine. As a result, in 2010, Lancet’s editor declared Wakefield’s 1998 study “utterly false” and said the journal had been “deceived.” Meanwhile, Great Britain has revoked Wakefield’s medical license.

To make his arguments in this documentary more credible, Wakefield refers to information siding with his 1998 study’s conclusions. He turns to the research of Dr. William Thompson, who had been part of the CDC team studying the connection between the MMR and autism. While the CDC claimed its research showed no connection, Thompson claims the data he saw contradicted this and was altered for publication. He secretly accused the CDC of committing fraud, leading to the belief that the CDC was colluding with the big drug companies for their own profit, at the expense of children’s health. After deciding to be the whistleblower, Thompson submitted his version of the data to Congress to discredit the work of his own colleagues. Despite this, however, Thompson did not participate in the making of VAXXED and has said he would never advise people not to get vaccinated.

Wakefield’s emotional appeal in VAXXED stems from his interviews with parents of children who began showing troubling symptoms shortly after their first MMR vaccinations at 18 months old. The children developed seizures, fever, balance problems, mental problems, and eventually signs of autism. Home footage of the children suffering through their symptoms is interspersed between emotional parents, who claim to have no doubt that their children were perfectly normal until their vaccinations. Some of the doctors interviewed are advocates of single vaccines, which they believe are much safer than the triple MMR vaccine. They blame the CDC’s financial protection of the triple vaccine program as the reason they schedule single vaccines for toddlers.

In a weak attempt at offering the counter argument to his theory, Wakefield interviews other highly trained doctors who are pro-vaccine. After showing them Thompson’s buried findings from the CDC, they not only begin to doubt their knowledge of vaccinations, but also the validity of the CDC itself.

Stylistically, VAXXED is one of the driest, cheapest documentaries ever produced. Most of it consists of bland interviews, outdated animations and home video footage. Unless someone is deeply invested in the topic, they may not make it through to the end. A lot of information is repeated unnecessarily.

Just as the halfway point hits and enough data has already been tossed around to warrant a mental break, the movie takes a further trek into the weeds. A paper trail of cover-ups by the CDC is presented, followed by clips of testimonies in front of Congress, and then study after study with columns of data explained in a way that’s reminiscent of a boring science class.

Most worrisome are the numerous scientific papers that have been released in the last two decades debunking the 1998 claim that the MMR vaccine caused autism. Furthermore, Wakefield was found to have committed fraud by falsifying the information presented in this documentary. This eventually led to him losing his medical license, and the movie being pulled from a film festival. Thompson is also supposed to be releasing new research that doesn’t show a link between the vaccine and autism.

While it may be impossible to know with certainty what is true and what isn’t, the majority of experts and studies seem to side with the vaccines being safe. Due to the movie’s questionable, controversial content and some foul language, therefore, MOVIEGUIDE® recommends extreme caution for VAXXED.