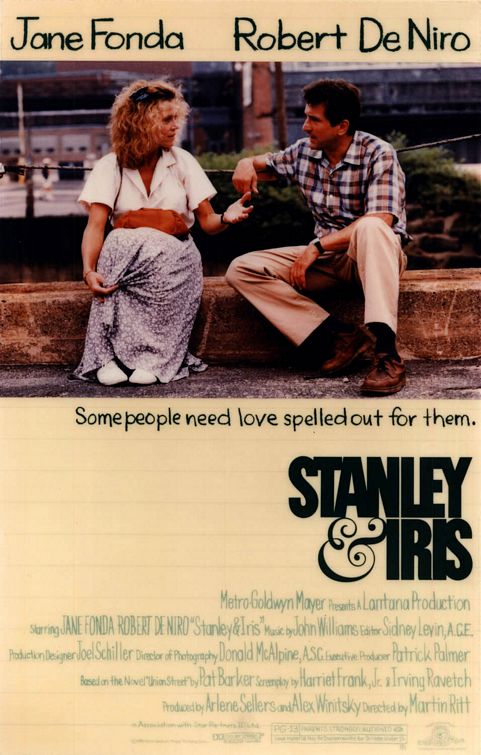 A few profanities and obscenities, as well as promiscuity.

Unable to read or write, Stanley has lived his adult life hiding the fact from people. Embarrassed, he has separated and distanced himself from others, choosing a hermit lifestyle and taking various odd jobs that didn’t require literacy. Having become a proficient short-order cook, Stanley has found something that he can be proud of: cooking.

Totally devoted to his Dad, Stanley has no other relationships, as caring for his aging father has been purpose enough for his life. Subsequently, Stanley has nowhere to go when his father dies, and suddenly the proud loner must turn to others for companionship. He makes friends, reluctantly, with Iris, a recently widowed bakery worker who discovers that he is illiterate.

Iris is not without her own problems as she is supporting two children. Her sister and brother-in-law also live with her. When Iris’ daughter gets pregnant and fears telling Mom, she separates from the family.

Longing for companionship, Stanley and Iris are drawn together but show respect for one another, the beauty of which makes this film rare. Their frustration and loneliness are pictured, yet they become friends and a source of help to each other. As Iris teaches Stanley how to read and write, Stanley intimates that he would like to sleep with her, but Iris states that that will not be a part of the relationship. Their friendship grows.

Unfortunately, the bedroom scene does take place. Stanley and Iris, like the rest of us, need the saving grace of Jesus Christ. Too bad no one in the film introduced them to Christ. What a delight it would be (perhaps in STANLEY & IRIS II) to see the same spirit that led them to love each other in truth also lead them to Jesus Christ.

The movie, despite the promiscuity, leans toward a pro-family message. The final statement of the film is Stanley’s proposing to Iris, after he returns from a landing a high-paying job in Detroit. Mother and estranged daughter realize they really do love each other, and daughter demonstrates this love by naming her baby Estelle, Iris’ middle name.

The kind of pure interaction expressed in STANLEY & IRIS is commendable. Change does take place in these character’s hearts, and that is a step in the right direction, although they won’t get any closer to salvation and heaven until they ask Jesus into their lives. Please consider, however, the film as more of a PG-18 than a PG-13.