TALENT FOR THE GAME 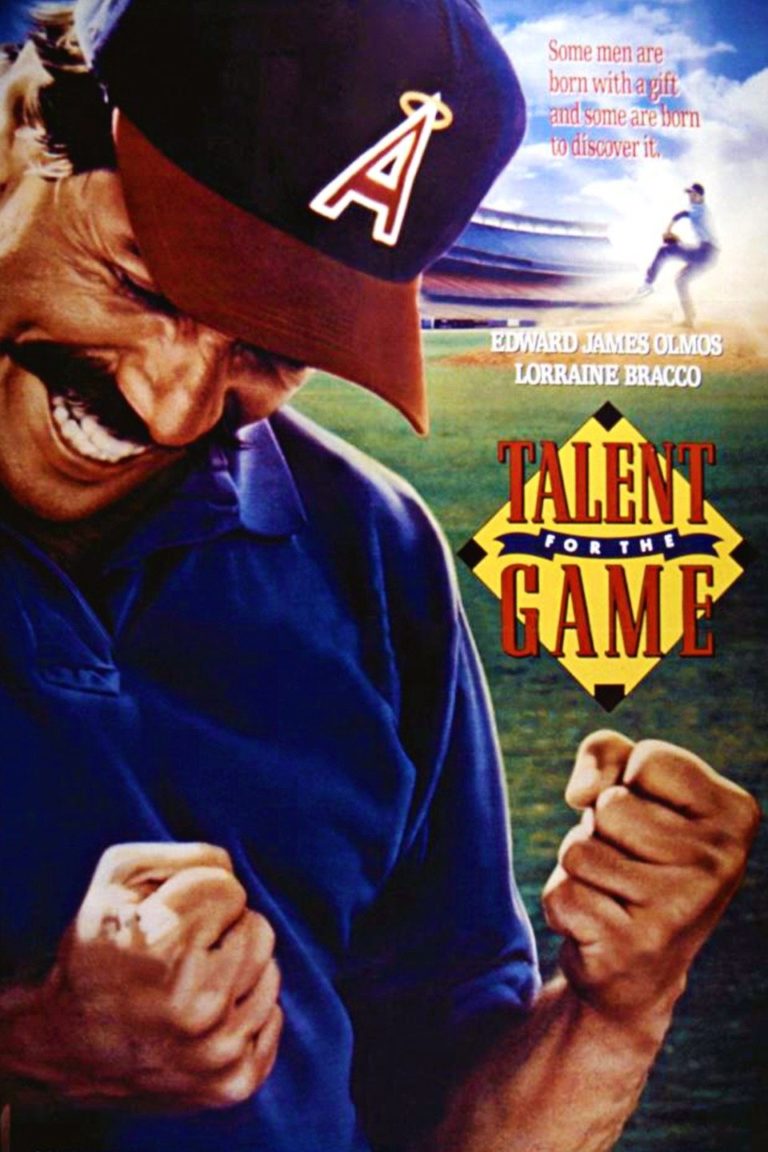 When the new owner of a major league team reassesses his managers, a longtime scout finds a young pitcher that pits the scout against the owner in a contest of wills. Although a positive view of the Christian faith is woven into this film, it is unfortunate that the dialogue has been peppered with 14 obscenities and 6 profanities, and the implication that the leading couple are living together outside of marriage.

TALENT FOR THE GAME could have hit a home run at the box office, but settled for a base hit. Unlike THE NATURAL which culminated in a stunning victory, this film pulls its final hit and leaves the audience unsatisfied.

Virgil Sweet is one of a dying breed of talent scouts for the Oakland Angels. He spends weeks on the road visiting small towns trying to find a “phenom,” the mythical rookie who is a natural for the game.

Called back to the home office, manager Tim Weaver tells Virgil that the team has just been bought by Gil Lawrence, a pony-tailed, filthy-rich advertising executive. Lawrence wants to replace the scouts with the computerized surveys of college players used by most of the teams.

Virgil talks Weaver into giving him one more chance to find the phenom. Bobbie, Virgil’s psychologist girlfriend who works in the A’s home office, joins him on the road. When their car breaks down, Virgil is at wits end, but Bobbie says that everything happens for a reason.

Wandering into a small Idaho town, they see Sammy Bodeen pitching the fastest fast ball Virgil has ever seen. Virgil wants to sign Sammy up immediately, but Sammy’s father, the third generation in a line of local preachers, won’t let Sammy go because he needs him to take over the pulpit when he steps down.

Virgil replies he once heard that “sin was missing the mark” and asks Mr. Bodeen, “If Sammy doesn’t use his God-given talents, won’t he be missing the mark?” The elder Bodeen relents and lets Sammy go.

However, once in Oakland, Lawrence sets Sammy up as a circus publicity stunt (dressed as an angel who descends from the rafters on wires like Peter Pan) and announces that Sammy will pitch the next game. Virgil is distraught until Lawrence offers him a $60,000, two-year contract. Of course, on the opening night of the big game, Sammy, who has never played pro-ball and lacks confidence, is unprepared.

The ending is uplifting, but not satisfying. Virgil and Weaver realize they have sold out and take a stand for decency and integrity. Afterwards, though, the movie wraps up too fast, with Sammy seemingly becoming as crass as Lawrence.

This is unfortunate considering that the movie has some very positive references to God, Christianity and faith. In fact, a positive view of religion is woven into the fabric of the film. Even so, it also unfortunate that the dialogue has been peppered with 14 obscenities and 6 profanities, and that it is implied that Bobbie and Virgil are living together outside of marriage.

All in all it seems that TALENT FOR THE GAME settled for a bunt or line drive rather than risk a home run. Most of the baseball footage involves Virgil catching for young tryouts. The big game doesn’t last long enough for one to get into the baseball action. Thus, the film focuses more on talent than on the game itself.

Watch TALENT FOR THE GAME: