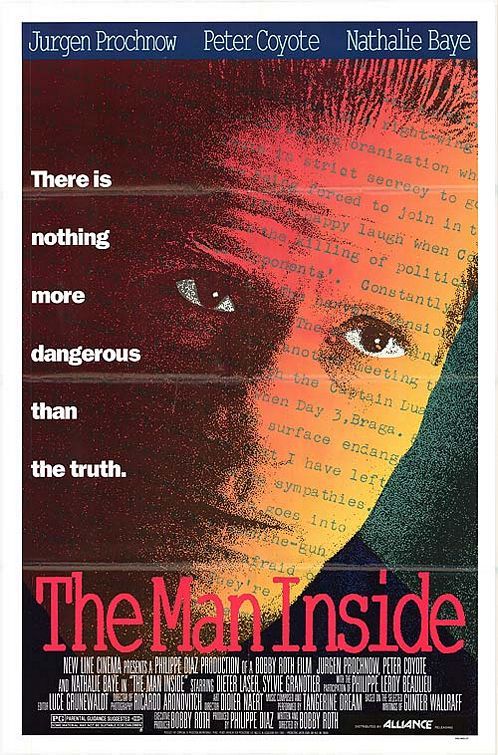 This political thriller is based on the real-life travails of Gunter Wallraf, a German criminal-investigative journalist and crusading reporter. Donning a disguise, Gunter goes undercover as Franz Messlar to work inside The Standard, a German newspaper run by an unscrupulous publishing tycoon with suspicious government ties.

Gunter’s goal is to expose a government-sponsored smear campaign aimed at his country’s ascending liberal powers. As the most widely read newspaper in Europe, his worst fears about The Standard manufacturing the news instead of reporting it are confirmed when he begins to witness firsthand how news stories are set up and contrived. However, as an already-tainted fellow journalist tells him, “The only way to survive is to get in print.”

Gunter is barely able to keep his composure when an innocent student, insinuated to be a terrorist by The Standard, is shot to death. Unrelenting and unrestrained in its tabloid exploitation, The Standard likes to smell the “blood” in a story and then go for the kill. In fact, the impression is given that the war machine mentality is alive and well in the West German media bureaucracy.

The State Security learns that Gunter is working at The Standard. He escapes in time, but his plans to publish a book are thwarted by The Standard’s publishing magnate, Brauner. Gunter eventually comes to stand trial, telling the court that his goal was to clarify the workings of our society because things are not as they appear and that Brauner’s worldview should not be put forth as truth. While the court does not condone the procedure that Gunter used, it nonetheless rules in his favor.

Thrill-craving U.S. audiences probably will not find Wallraf’s crusade against bigotry and racism flashy enough. Nor is the first 30 minutes of THE MAN INSIDE helped much by the many scene locale changes, secondary characters who pop up and then disappear, or numerous newspaper headlines that only confuse the story line. Furthermore, in light of the collapse of East Germany, it is hard to digest this biased left-wing propaganda.

Moreover, if Gunter is such an “addict to justice” as one character says, perhaps he should start with the adultery in his own life, by kicking out his live-in girlfriend with whom he fornicates throughout the picture. As it is, it would be hard to recommend THE MAN INSIDE without some sort of caution.