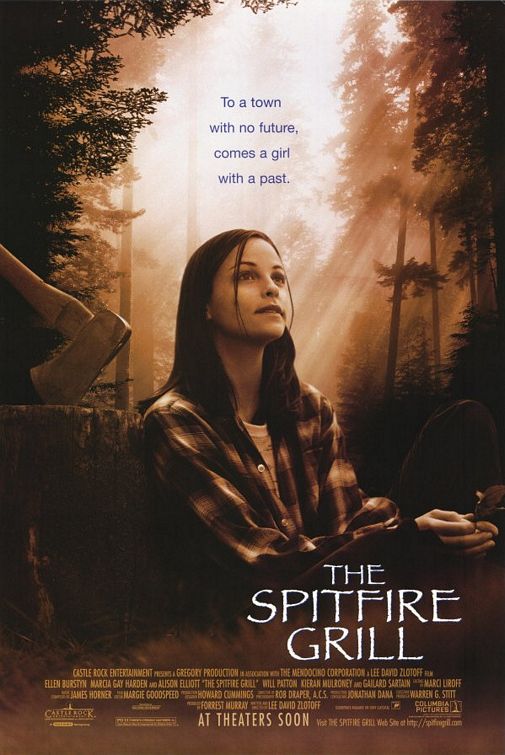 In THE SPITFIRE GRILL, Percy Talbot seeks healing from a painful past in Gilead, Maine. She finds friendship, mystery, confidence, and potential romance at the grill run by Hannah Ferguson. The movie has some positive moral attributes regarding friendship, family, and church as a place of quiet reflection. Financed by a Roman Catholic order and the winner of the Sundance Film Festival, this movie has very mild violence and some mild foul language.

(CC, B, Pa, LL, V, S, A, D, M) Christian worldview focusing on forgiveness, sacrifice & welcoming the stranger as well as the healing & restoration which comes from forgiveness as demonstrated through circumstance & human interaction with positive reference to church and some minor references to American Indian lore; 4 profanities,12 obscenities, 1 vulgarity, mild criticism of spouse, reference in church to the heroine's past history of child abuse, rape by step-father, reference to pregnancy, & baby's death, off-color remarks, & gossiping rebuked; mild violence including slap during an argument, handling of guns & reference to murder with a razor; alcohol & reference to drunkenness; smoking; and, incarceration portrayed & reference to solitary confinement.

In THE SPITFIRE GRILL, Percy Talbot seeks healing from a painful past in Gilead, Maine. She finds friendship, mystery, confidence, and potential romance at the grill run by Hannah Ferguson. Throughout the movie, several characters demonstrate their need for healing and restoration. The movie has some positive moral attributes regarding friendship and church as a place of quiet reflection. SPITFIRE GRILL is an emotive, Christian allegory, full of biblical analogies in the manner of sacramental and incarnational theology.

The movie is well-acted and the plot is engrossing. The scenery of the movie, shot in Northeast Vermont, adds a touch of splendor to the production. Containing mild violence, mild foul language and references to abuse, caution is advised for younger teenagers and children. Financed by a Roman Catholic order, THE SPITFIRE GRILL won the Sundance Film Festival Audience Award. When some Sundance organizers found out the movie was financed by a Christian group, they became very upset although it is clear that the order kept the movie as low-keyed and allegorical as possible to avoid appearing too religious. It is refreshing to note that this movie, despite naysayers, has drawn an audience and has presented them with a redemptive story. We hope that it will sow seeds of redemption in the hearts of those who see it.

Rent or Buy THE SPITFIRE GRILL: