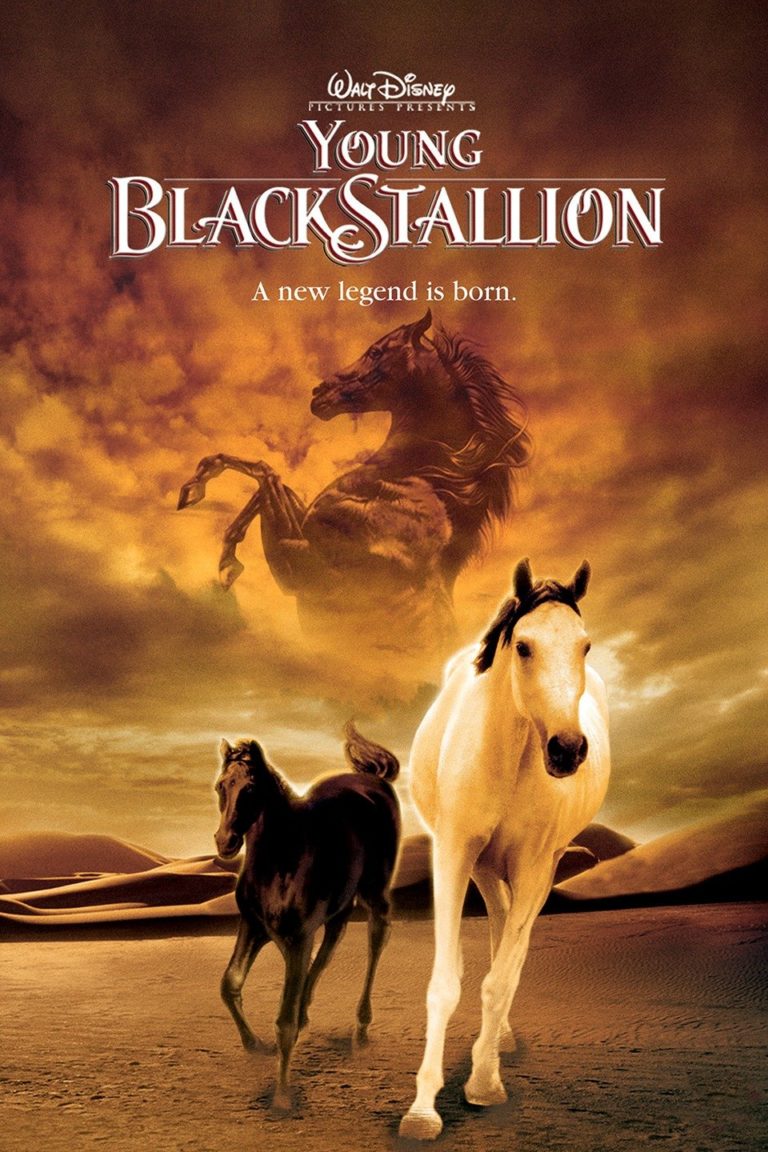 Moral worldview set in a Muslim culture, slightly diminished by girl disobeying her grandfather; no obscenities or profanities, but discussions of the Devil; several threats of violence, bandits attack train, exciting horse race, and girl thrown from camel; no sex or nudity; smoking with hookahs; and stealing, lying, and tribal law.

Set in North Africa in 1946, THE YOUNG BLACK STALLION is a visually stunning IMAX adventure.

The movie opens with a mare giving birth in the desert to her foal. The foal is just a young colt when bandits capture the mother, but the colt is too fast and escapes. A camel train making its way across the vast sandy desert is attacked by the same bandits. Only a little girl, Neera, escapes. She is thrown from her camel and tries to make her way across the desert. She meets up with the black stallion and eventually is able to befriend him.

This plot clocks in at 51 minutes. THE YOUNG BLACK STALLION goes by way too quickly. The photography is superb. The horse sequences are captivating. The problem with the movie is that the two children are not as good actors as the horse. When Neera has no dialogue, she does a good job, but the dialogue is weak. This is not a large problem, because there is very little dialogue in the movie. Like the first movie, it relies a lot on visual storytelling, and the visual storytelling is so good that people clapped at the end.

The moral flaw is that Neera disobeys her grandfather. Neera does apologize, but it is very perfunctory. The grandfather, however, delights in forgiving her.

Otherwise, the movie has a lot of good moral virtues. Courage, compassion, friendship, turning the other cheek, and love overcoming adversity are all themes running through the movie.

Horse lovers and children of all ages will love this movie. It’s clear that Disney made it because of the beauty of the story and because they have a long-standing practice to try to reach out to other cultures. This movie definitely tries to reach out to Muslims and Arabs, just as MULAN tried to reach out the Chinese. While not the same masterpiece as the first movie, THE YOUNG BLACK STALLION should do well in IMAX theaters.