AMAZON ARISING: JOY IN THE JUNGLE

"Finding Joy in God’s Work for Us" 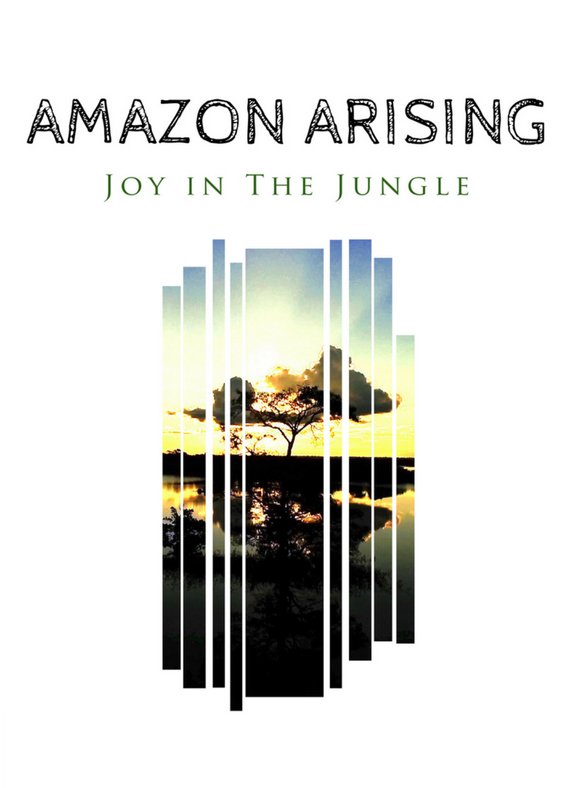 AMAZON ARISING: JOY IN THE JUNGLE is a first-person documentary that follows Jennifer Foster, a missionary working in the Amazon Jungle of Brazil. Director Jordan Bigler travels with Jen to several small villages on the Amazon River. In each village, Jen meets local leaders and holds a worship service. The audience is treated to a thrilling journey of faith, joy and the love of Christ.

The narration sometimes dilutes the impact of AMAZON ARISING. Despite this, Director Jordan Bigler’s documentary tells a powerful story about God’s work in unreached places. The first-person style of the filming is effective at bringing viewers into the story, capturing the viewer’s imagination and heart as each village presents a new adventure for Jennifer, and for the audience. The message AMAZON ARISING brings is about evangelism, hope and finding joy in God’s work for us. AMAZON ARISING is a movie the whole family can enjoy. Churches may consider showing the movie as part of a worship service or as a special event. There is a brief moment of partial nudity, but overall AMAZON ARISING is clean and inspiring.

(CCC, BBB, V, N, M) Very strong Christian, biblical worldview that focuses on evangelism and missions to unreached populations, several worship services are included with sermons and several praise songs sung in Spanish, subjects of the documentary pray constantly and are seen studying the Bible, preaching and sharing their faith; no foul language; one brief scene of hunting followed by a shot of the kill from the hunt; no sexual content; some of the local people are shown without shirts, though all of the women’s’ breasts are blurred out; no alcohol or drunkenness; no smoking or drug use; and, one man steals a wallet, and a village is threatened to quit their faith by another village.

Deep in the heart of the Amazon jungle, there are whole communities of people who rarely, if ever, hear the story of Jesus. Missionary Jungle Jen (Jennifer Foster) has a heart for these people and has followed God’s call to dedicate her life to bringing His word into the Amazon. In AMAZON ARISING: JOY IN THE JUNGLE, Director Jordan Bigler follows Jungle Jen and her missions partner Wendel Silva into the jungle as she boats from village to village holding worship services, delivering Bibles, developing relationships with locals, and spreading the message of God’s love.

Jungle Jen is a Raleigh-based missionary, who regularly travels along the Amazon River into the deepest, most remote parts of the Amazon Rainforest. Her organization, Stand Out Ministries, is dedicated to planting churches in the Amazon of Brazil.

AMAZON ARISING is a first-person documentary of one of Jungle Jen’s trips to visit several of the remote churches and communities where Stand Out Ministries works preaching the Gospel. Bigler and his team travel right alongside Jen and Wendel on their journey along the river, as well as several other local missionaries who join for smaller pieces of the trip. Each stop at a community is unique.

Bigler’s documentary is a full-on adventure into a part of the world that will seem very foreign to first-world viewers. Wooden or tin huts, riverside villages, and small house-churches are the visual backdrop for this journey, and they are filmed in vibrant, first-person shots. The audience is treated to a fantastic view of the Amazon jungle and the diverse animals and people inside it.

However, it occasionally feels like Bigler relies too much on after-the-fact narration and not enough on real, in-moment dialogue. Jungle Jen is the primary narrator, and her voice fills the vast majority of the movie. She is constantly describing the scenery, the plot of the trip, and the conversations she has with the locals. Ultimately, the moive suffers because of the prevalence of this narration. It feels more like a book read aloud with visual aids than a true documentary about this incredible journey. The local people, especially, are deprived of a voice in favor of Jen’s interpretation of those people.

Still, the power of AMAZON ARISING is clear. It is an important story about what God is doing in places most people will never see. It’s also an inspiring story about finding joy in what God calls us to do. Jen clearly loves her work, even when it’s frustrating. That alone is a powerful message for all viewers.

AMAZON ARISING is appropriate and important for the whole family. There is a brief moment of partial upper nudity of men and women, but the female nudity is blurred out and the rest of the movie’s content is uplifting and clean. A clear Christian message about evangelism is at the core of the movie. So, many churches may choose to host a showing of AMAZON ARSING as part of a worship service or as a special event.