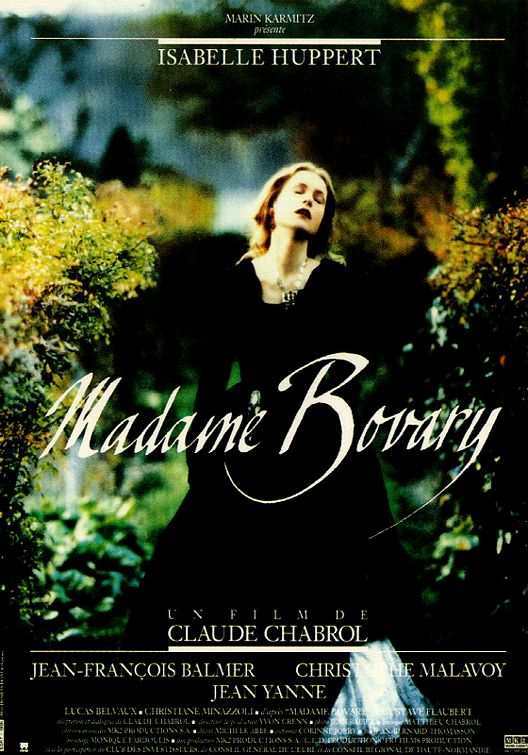 Flaubert's masterpiece, MADAME BOVARY, is worthy of its author's craft in details and characterizations. Charmingly done, the picturesque French countryside, set in mid-nineteenth-century France, resembles an impressionistic painting with its soft, muted cinematography. The overall theme of adultery, while portrayed in a realistic manner (though no nudity), is nevertheless condemned when Madame Bovary resorts to death by arsenic to save face when her lovers fail her and her debts overwhelm her.

Flaubert’s masterpiece, MADAME BOVARY, comes to the screen in soft, muted colors, reminiscent of an impressionistic painting. However, the delicate cinematography and the charming mid-nineteenth century French countryside near Rouen, belie the terrible deceit of adultery on which the story is based.

Receiving her education in a convent school, Madame Bovary has fed her mind on the sentimental, romantic ideas prevailing in such places at that time. Thus, she has definite ideas as to the characteristics she desires in a man. Among such characteristics are someone poetic and dreamy who will continually acclaim her. Also, she wants someone who is extraordinary, not given to the mundane in life.

A short time after the marriage, Madame Bovary senses that she is trapped and becomes increasingly bored. To remedy her boredom, she takes on a lover at a nobleman’s ball. This proves to be a turning point in her uneventful life. However, her relationship with the lover, Leon Dupuis, a law clerk, goes unconsummated at that time, and he leaves Yonville to start a new life in Paris.

Emma Bovary’s next lover is a stranger to Yonville, Rodolphe Boulanger, who cleverly tells her of his love (although he is an accomplished philanderer) only to become increasingly indifferent to her as he wearies of her. In an attempt to hold Rodolphe, Emma purchases many new outfits from a local draper (tailor) on credit.

Her denouement comes when the draper arrives to collect his bill. Of course, Doctor Bovary knows nothing of her debt, and Emma goes to each of her lovers (by this time she and Leon have committed fornication on numerous occasions as she travels to Paris to see him). Both lovers, although they profess a willingness to help her, fail to help in her time of need.

In the end, Madame Bovary, sensing the complete ruin of both her and her husband, resorts to taking arsenic and dies a horrible death. Her husband, who loves her devotedly, dies a short time later after discovering a collection of numerous love letters to Emma from Leon and Rodolphe. He also comes to realize his complete indebtedness and inability to pay off his creditors as a result of his wife’s extravagance. Their little girl is left an orphan with a pittance of twelve francs as her legacy. The Bovary tragedy is complete.

MADAME BOVARY is considered Flaubert’s masterpiece, and the movie with its superb acting and subtleties does the author’s work justice. Flaubert’s genius lay in his infinite capacity for careful attention to details, and MADAME BOVARY, so exact in its characterizations, so vivid in its setting, so convincing in its plot, is ample testimony of the realism of his work.

This novel was one of the first of its type to come out of France, and its truth shocked contemporary readers. Condemned on the one hand for picturing the life of a romantic adulteress, he was acclaimed on the other for the honesty and skill with which he handled his subject.

Flaubert does not permit Emma Bovary to escape the tragedy which she brings upon herself. In fact, while she finds diversion from the monotony of her life, she nevertheless finds it at the loss of her own self-respect. And even though the truth in the story of MADAME BOVARY is universal and challenging: lusting and coveting after that which is not lawfully hers, Madame Bovary bears out, in the final analysis, the results of a life of sin and deceit: “Be sure your sin will find you out” (Numbers 32:23).

Rating: French: Not submitted to the MPAA