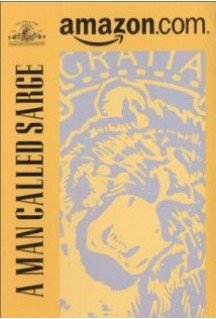 In North Africa during World War II in 1942, a group of American deserters from the French Foreign Legion are guided by a disoriented Arab across the Sahara to destroy German fuel depots in Tobruk. Each of the hapless commandos is a caricature: an American Indian; a New York Jew; a hillbilly; and, their leader, Sarge.

Joining the British army, they attempt to free Cheval, a major in the Free French forces whom the Germans have captured. Cheval has a straw hat, cane and sings in a poor caricature of Maurice Chevalier. Unbeknownst to Cheval, his girlfriend, Fifi, is a double agent for the Allies who poses as a traitor.

The action and plot are so thin that little other detail is needed. The Germans and the British, along with Sarge and his ragtag group, fight back and forth, gaining ground, then losing it. In the end, the fuel dump is blown up.

There is much, much filthy language, not to mention silly double-entendres and pun jokes. Moreover, there are no redeeming values whatsoever. Avoid A MAN CALLED SARGE at all cost.