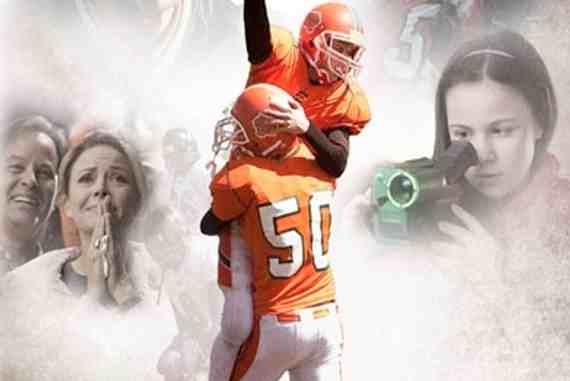 BASED ON THE NOVEL/PLAY BY: N/A

CONTENT: (BBB, V, M) Very strong moral worldview promotes compassion, truthfulness, integrity, love, sexual purity; no foul language; light bullying that involves pushing, shoving, taking the property of another; no sex scenes but parents kiss twice and romantic interest is suggested between teenagers by holding hands or touching on the shoulder; no nudity; no alcohol; no smoking or drugs; and, bullying, hazing, revenge, and a plot device involves a magical camera that can look into the past.

REVIEW: FIELD OF VISION, a family movie for television, strongly promotes the importance of family. FIELD OF VISION focuses on how one family, the McFarlands, make a difference in the life of Corey, an orphaned foster child played by Joe Adler. FIELD OF VISION shows how the lives of three family members all intersect once they’ve met Corey, who initially struggles to acclimate to his new environment but faces adversity. If the McFarlands want to make an impact, they must stop going about life as usual.

In the story, Tyler McFarland, a young quarterback played by Tony Oller, struggles with a difficult decision that may cost his friends and himself the chance at a state championship. Tyler must decide if he will continue to be silent about the bullying of the new transfer student, Corey, or stand up for what he knows is right no matter how great the cost. Meanwhile, his sister, Lucy (played by Alyssa Shafer), who loves to read, stumbles on a camera that communicates with her. After getting to know Corey better, Lucy realizes the importance of the camera’s images, which reveal the bullying he’s endured.

Tyler and Lucy’s mother, Jody (played by Faith Ford), who’s also the school principal, shows empathy for Corey and makes an effort to welcome him to the school. When she learns that Corey’s dead mother was one of her students, she realizes that meeting Corey gives her another chance. So, she encourages and motivates Corey by providing him an insight into what his mother was like.

As for Corey, he must decide whether he will continue to let his past define him, thereby limiting his future, or break free from his past and move toward a future full of possibilities.

FIELD OF VISION is very entertaining and heartwarming. It deftly connects the lives of its characters while, at the same time, relaying positive messages. For example, it uses the character interactions to promote selflessness, honesty and integrity in the context of a very strong moral worldview. It also promotes family, friendship and the importance of living to serve and reaching out to others. A plot device, however, does involve a magical camera that can look into the past.