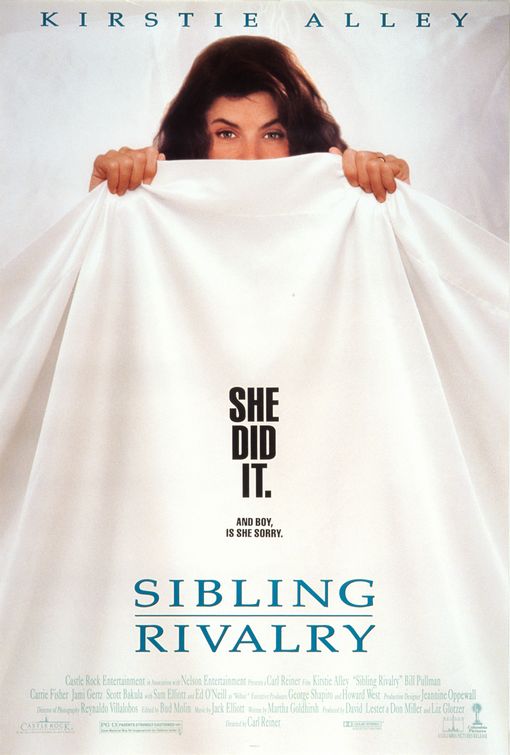 Marjorie and Janine are one of three sets of siblings in this comedy that follows Marjorie, a sexually frustrated New Jersey housewife, and the infidelity she commits, which leads to a complicated series of misadventures.

Having married Harry, a doctor, Marjorie finds that he and his family, who are also doctors, have no time for her. Janine thus convinces her sister to have an affair, which she does with a perfect stranger. However, the strenuous sex in the hotel room is too much for him, and he dies. Marjorie flees, only to learn that the dead man comprised a second set of siblings, and was, in fact, Charles, Harry’s long-lost doctor brother who was coming to visit the family.

The third set of siblings are introduced when Marjorie later returns to the hotel room to retrieve her wallet and meets Nick, a feeble-minded, window-blinds salesman making an installation. Nick thinks he has accidentally killed Charles, but is afraid to contact his policeman brother, Wilbur, for fear of jeopardizing Wilbur’s bid to run for chief of police. Nor does Marjorie want to call the hospital for fear of bringing her adultery to light.

So the two conspire to rig a suicide death by a drug overdose. An autopsy, however, reveals the fraud; Nick eventually turns himself in; and, at a family meeting that Harry calls, confessions are blurted out. Harry leaves Marjorie; Majorie becomes a successful writer for a women’s magazine; and, when Harry rethinks his ways, he is reunited with Marjorie.

From the first frame, it is obvious that Harry needs to leave his father and mother and be united with his wife. That the film intends to bring this about through a tale of adultery is unsound, immoral and unbiblical. Moreover, the humor is of the variety that pits Majorie against Nick as to who will retrieve a condom from Charles’ dead body. Marjorie, in fact, is like one of the weak-willed women in 2 Timothy 3:6 “who are loaded down with sins and are swayed by all kinds of evil desires.” She is an unstable woman, guilt-ridden because of her sin and torn by lust.

SIBLING RIVALRY seems to say that you can get away with adultery and accidental manslaughter, and even use the experience to further your career. If so, this is a horrid message, for God makes it quite clear that the wages of sin are death.

There is the positive message that the less successful of two siblings should stand up and be counted, which Janine does when she begins dating Wilbur who comes investigating. Furthermore, the film just shows how silly rivalries can be, extending even to jealousy over who gets the credit, Harry or his sister, for suggesting that Charles’ organs be donated to science.

The dialogue is poor. Kirstie Alley as Majorie does more crying than acting. Finally, the tendency for people to have sex with unmarried others without considering the consequences is disturbing to say the least.