Children and Adults Will Laugh at Netflix’s CAPTAIN UNDERPANTS 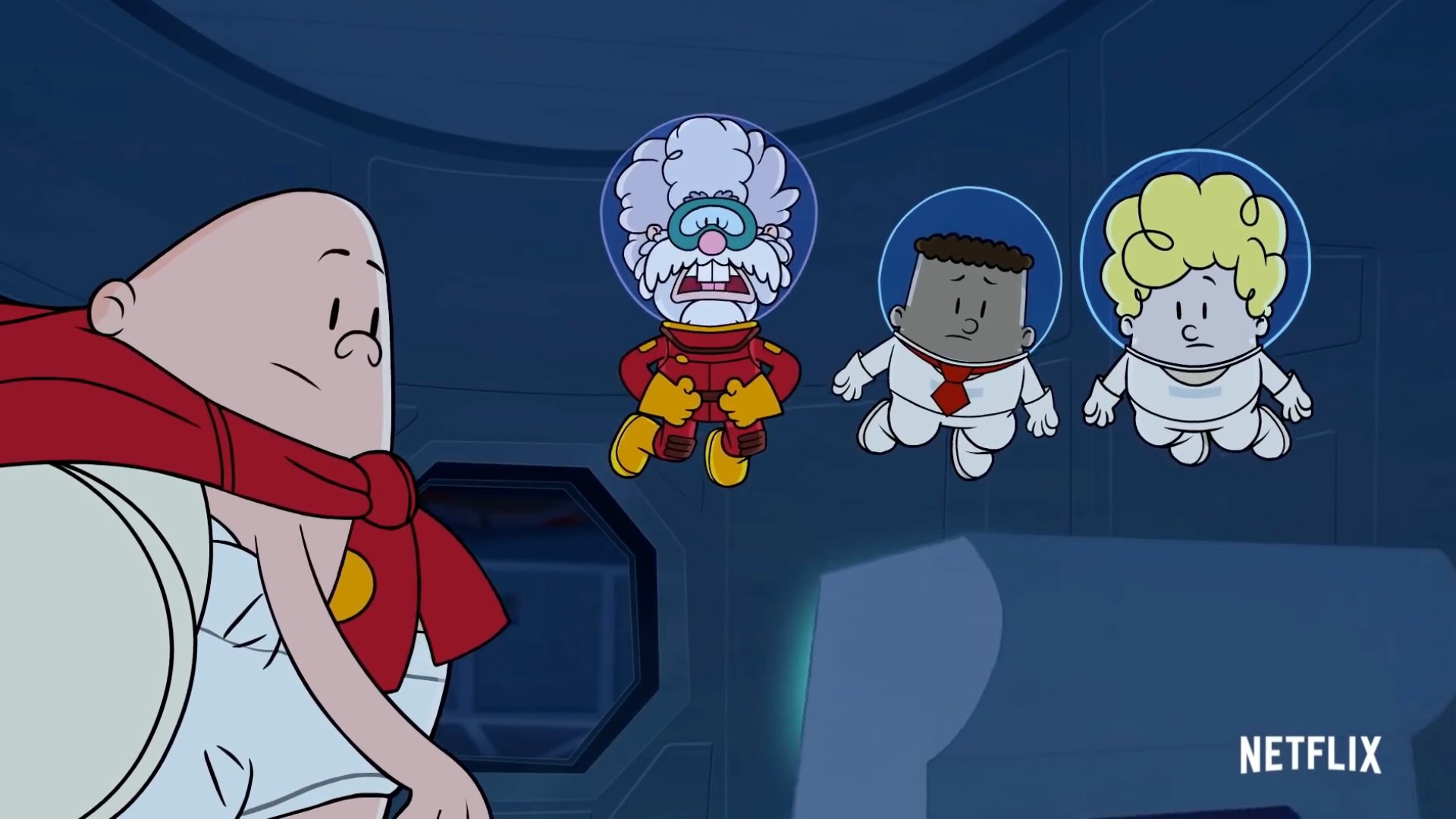 Will it Flush? | The Epic Tales of Captain Underpants! | NETFLIX on YouTube

Children and Adults Will Laugh at Netflix’s CAPTAIN UNDERPANTS

The series follows two best friends in elementary school: George and Harold. The boys love to pull pranks and go on adventures, but ultimately they want to do the right thing. Their mean Principal Krupp has a goofy superhero alter ego–Captain Underpants. The boys can summon Captain Underpants by snapping their fingers.

In this series, the entire school is chosen to go on a special adventure in space, filled with aliens, spaceships, and other planets.

The story is told by a narrator, and there are often hilarious fourth wall breaks where either the narrator or the characters will acknowledge the audience directly. The writing has fantastic comedic timing, and each character serves a role in the story. Children will likely connect with the fun and imaginative adventures that the characters go on.

The series is similar to the 2017 movie of the same name, which Movieguide® gave a +1, or recommended discernment for younger children.

The violence is very cartoonish and always comedic. No serious injuries occur. There is sci-fi style shooting with lasers, as well as superhero fights with punching and kicking, and slapstick accidents. Most of the aliens only look goofy, but there are toothed creatures, and an unsettling clown is shown briefly. In one episode, a student is turned into a people-eating creature by some chemicals.

There is upper male nudity, as Captain Underpants runs around — well — in his underpants.

Scatological humor relating to toilets and bodily functions make up most of the jokes. A toilet monster is in one of the episodes. Characters are seen looking green while motion sick. Nothing graphic.

The language is limited to playground insults and occasional bathroom humor. One character says “Oh my gar” as a variation of OMG.

There are references to hypnosis, and one reference to nirvana (as in happy), and bad luck. One character is afraid that there’s a ghost nearby (there isn’t). There are two monkeys in a cutaway scene named after an Egyptian god and a mythological Greek king. There is a joke about true democracy being a pipe dream.

George and Harold truly care about each other and those around them. They will risk themselves if it means helping someone else, even if someone treats them poorly.

While there are goofy adults, there are an equal number of goofy children, and the most responsible and intelligent character is an adult and the captain of the ship. The show does not fall into adult-mocking. There is one episode where the children come to learn that the world is better when adults are in charge even if adults aren’t perfect.

Teamwork, adventure, and creativity are all praised and valued by the protagonists.

George and Harold often disobey authority (and so does Principal Krupp) to go on adventures. However, their disobedience usually has consequences in the form of dangerous situations that would have been avoided if they had heeded the warnings of adults. The kids also love to pull pranks and make jokes about the people around them, but they don’t do it in a mean-spirited way.

THE EPIC TALES OF CAPTAIN UNDERPANTS IN SPACE is a genuinely fun show with well-timed comedy, and it promotes values of friendship and doing the right thing even when it’s difficult. MOVIEGUIDE® recommends caution for younger children.