How ENCANTO Explores the Gift of Family 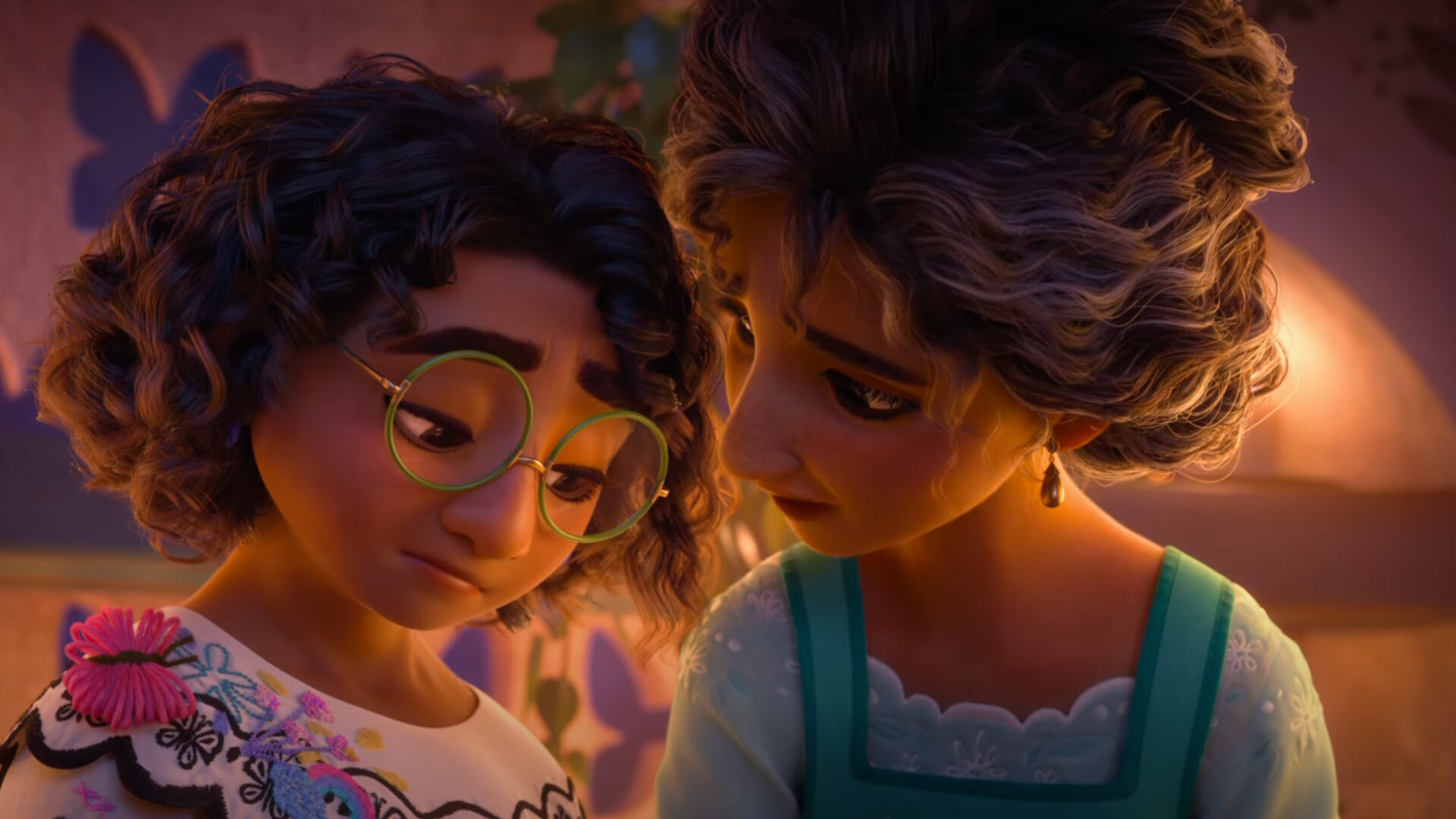 How ENCANTO Explores the Gift of Family

Disney’s newest movie explores the family, culture and music of Columbia through Mirabel and her magical family.

Director Byron Howard said that he and writer Lin-Manuel Miranda initially struggled with which Latin American country to choose to be the heart of ENCANTO.

“Colombia was an incredible inspiration for ENCANTO. As matter of fact, five years ago this week, we started working on this film with Lin-Manuel Miranda. Lin was very keen to have this musical set in Latin America, but none of the three of us knew where it should be set. And so we really started diving in and looking at what setting would be perfect?” Howard said in a recent press conference. “Colombia is this amazing crossroads of culture, of music, incredibly diverse families, and what we loved about it was it is also one of the original places where magical realism came from in literature.”

“Ninety minutes is a short amount of time to try to represent the amazing scope of Colombia,” he added. “But the last five years has been an amazing learning experience for us about that country, and how warm and wonderful the families of people are of Colombia.”

Howard added that it became apparent that Mirabel, the one daughter without any magical gift, would be at the center of the story.

“I think like all of us, she might feel a little less than worthy,” he explained. “Everyone can kind of relate in one way or the other to not feeling as worthy as we want to be.”

However, the story remains focused on what each family member brings to the family, house and extended circles.

ENCANTO is a lively animated musical from Disney. Mirabel is a 15-year-old teenager living in an isolated magical village in Columbia, where every child who turns five receives a magical gift. Every child, that is, except her. Mirabel tries to keep a stiff upper lip about this situation, but she’s unhappy about it and has begun to grow resentful toward her older, beautiful, gifted sister who’s about to marry. Mirabel has a vision of their magical house breaking apart. She fears the family’s magic is in danger, but none of her family believes her, especially her grandmother. So, Mirabel decides to find out what’s happening and find a way to fix it.

Jessica Darrow, who plays Mirabel’s sister Louisa, explained that each character has a role in the family.

“Louisa is who I play, and she’s very much the rock of the family as she kind of holds it together by carrying churches and donkeys and wagons does all the heavy lifting physically and metaphorically,” Darrow said. “She knows she’s good at what she does, and she loves it very much. But she’s definitely got a huge emotional life going on inside of there. And she really just wants to have a moment of letting that out,” Darrow said.

Despite Mirabel’s lack of a special gift, the families’ father, Agustin, also has no magical gifts.

Actor Wilmer Valderrama reflected on his character Agustin, noting he and Mirabel’s connection.

“I play Augustine, who is a father and like Mirabell, he has no gift in this family. But surrounded by gifts, the ever optimistic [character] that he is, he finds a way to understand that his gift is the gift of awareness,” Valderrama said. “He can only be tied to one person in the family. So I really feel like there is an overcompensation of like the fatherly figure and how he’s desperately trying to relate to his daughter and have his daughter see that there is an upside, that it’s gonna be okay. It is a beautiful exchange of humility between them both.”

Valderrama added that the role took on new meaning after he became a father in real life.

“This is the first character in which I play a father where I’m actually really a father in my life,” he said. “I have an eight month daughter that, that quickly became the ‘Why.’ It means everything to be able to leave little landmarks in my career that hopefully means something to her.

“On a bigger scale, I hope every young woman, no matter whether you’re Latino or not, [that] they can find their voice in this movie as well,” he added. “And understand that there are so many sounds and so many traditions and so many things to discover about all kinds of different cultures. I hope that that wondrous spirit wakes up in them after experiencing the magic of ENCANTO.”