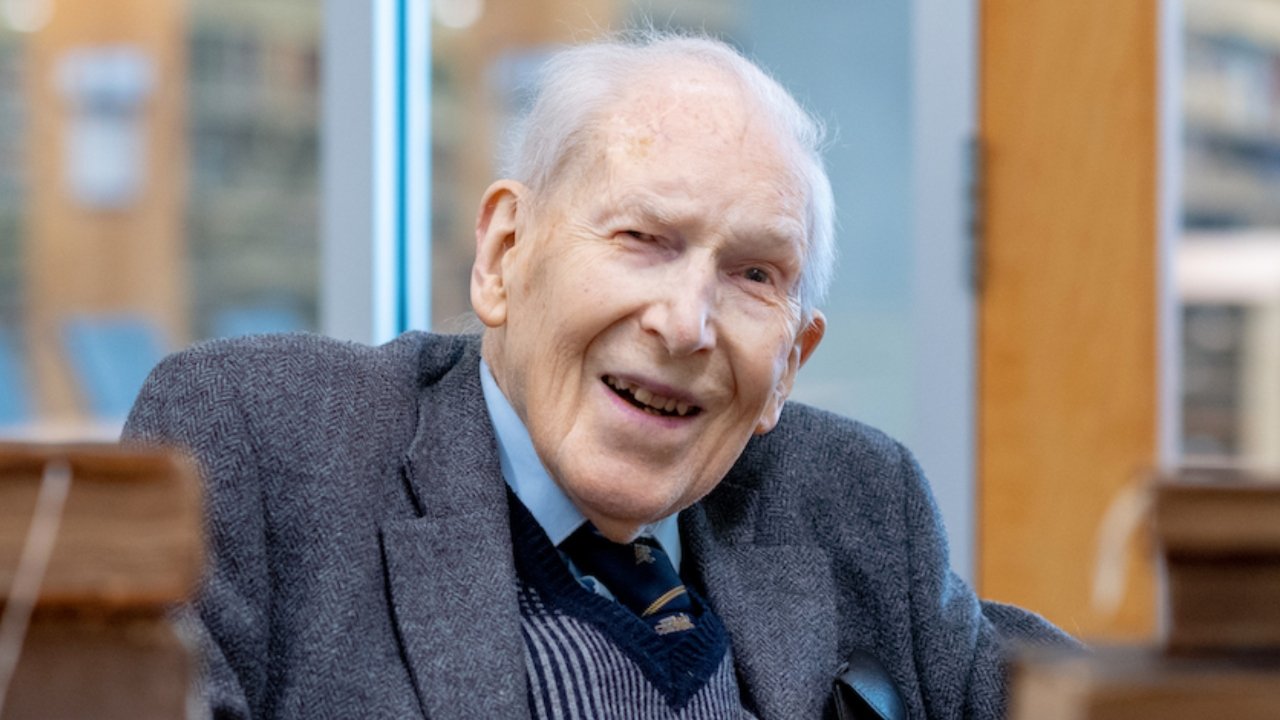 Prominent author J.I. Packer died July 17. He was 93. Packer was also a member of Movieguide®’s Board of Reference.

“It was always a blessing to discuss important biblical issue with Prof. Packer in person. He was incredibly humble and easy to talk with, while providing solid biblical insights. He helped us to think through several important issues. And, he was always available to talk by phone. I asked him several years ago if he wanted to stay on our Board of Reference, and he replied with a hearty yes and a sterling commendation of the work on MOVIEGUIDE® and the Christian Film & Television Commission(R).”

Packer was born in a village outside of Gloucester, England, on July 22, 1926.

According to Christianity Today,

“Packer’s life-changing childhood experience came at the age of seven when he was chased out of the schoolyard by a bully onto the busy London Road in Gloucester, where he was struck by a bread van and sustained a serious head injury. He carried a visible dent in the side of his head for the rest of his life. Nevertheless, Packer was uncomplaining and accepting of what providence brought into his life from childhood on.

“Much more important than Packer’s accident was his conversion to Christ, which happened within two weeks of his matriculation as an undergraduate at Oxford University. Packer committed his life to Christ on October 22, 1944, while attending an evangelistic service sponsored by the campus InterVarsity chapter.

“Although Packer was a serious student pursuing a classics degree, the heartbeat of his life at Oxford was spiritual. It was at Oxford that Packer first heard lectures from C. S. Lewis, and though they were never personally acquainted, Lewis would exert a powerful influence on Packer’s life and work. When Packer left Oxford with his doctorate on Richard Baxter in 1952, he did not immediately begin his academic career but spent a three-year term as a parish minister in suburban Birmingham.”

Packer went on to become a prolific author, priest, professor and husband.

“I’m nearly 90, and I would have had to stop those things soon anyway because my strength would not have continued. God has been very good to us [he includes his wife, Kit], and none of us has been struck as so many people of our age by any form of dementia,” Packer said of his wife before his death. “We’re both blessedly free of that in a way that other folks of our age known to us are not. When you’re preserved from something other people actually have to work their way through you recognize that this is a mercy and are thankful.”

Kit “possessed all those qualities that [Packer], in his bookish way, seemed to lack. She was practical, relational, lively, and independent,” author Wendy Zoba said.

He was named as one of the 25 Most Influential Evangelicals by Time Magazine in 2005, who identified him as a “theological traffic cop.”

Of Packer, they wrote:

“When it comes to doctrine, Evangelicals practice the equivalent of states’ rights. Encompassing huge, philosophically distinct denominations like the Southern Baptist Convention, the Pentecostal Assemblies of God and thousands of independent “Bible churches,” the movement has no formal arbiter. Nonetheless, J.I. Packer, 78, an Oxford-trained theologian, claimed the role informally with his 1973 book, Knowing God, which outlined a conservative Christian theology deeper and more embracing than many Americans had encountered. It did real justice to hard topics such as suffering and grace. And, says Michael Cromartie of the Ethics and Public Policy Center, a Washington think tank, “conservative Methodists and Presbyterians and Baptists could all look at it and say, ‘This sums it all up for us.'”

“That appeal led to Packer’s current role as a doctrinal Solomon whose pronouncements as executive editor at the magazine Christianity Today exert influence beyond its 340,000 readers. Mediating debates on everything from a particular Bible translation to the acceptability of free-flowing Pentecostal spirituality, Packer helps unify a community that could easily fall victim to its internal tensions.”

According to Regent College, where Packer taught, Packer wrote 47 books, including  Evangelism and the Sovereignty of God (1961), Knowing God (1973), Keep in Step with the Spirit (1984), A Quest for Godliness: The Puritan Vision of the Christian Life (1994), and Weakness Is the Way (2013). His final work, The Heritage of Anglican Theology, will appear in 2021. He co-authored nineteen other books.

In an interview with The Gospel Coalition, Packer described how he wanted to be remembered:

“As I look back on the life that I have lived, I would like to be remembered as a voice—a voice that focused on the authority of the Bible, the glory of our Lord Jesus Christ, and the wonder of his substitutionary sacrifice and atonement for our sins.

“I would like to be remembered as a voice calling Christian people to holiness and challenging lapses in Christian moral standards.

“I should like to be remembered as someone who was always courteous in controversy, but without compromise.

“I ask you to thank God with me for the way that he has led me, and I wish, hope, pray that you will enjoy the same clear leading from him and the same help in doing the tasks that he sets you that I have enjoyed.”

Dr James Packer’s death ends a wonderful service to God by a disciple of learning, wisdom and holiness. A giant of his time.

“Your faith will not fail while God sustains it; you are not strong enough to fall away while God is resolved to hold you.”

I’ll never forget reading JI Packer’s Knowing God as a Christian, fresh out of college, w/ no real theological framework, depressed, seeking, & finding the balm of Gilead in it. It was clear, but deep, like the best of oceans, & I felt I could swim in it. Forever indebted to him.

The essence of eternity as I conceive it—as it lies before me as my destination—is quite simply the joy of being with the Lord. pic.twitter.com/oGd9dRqQOH