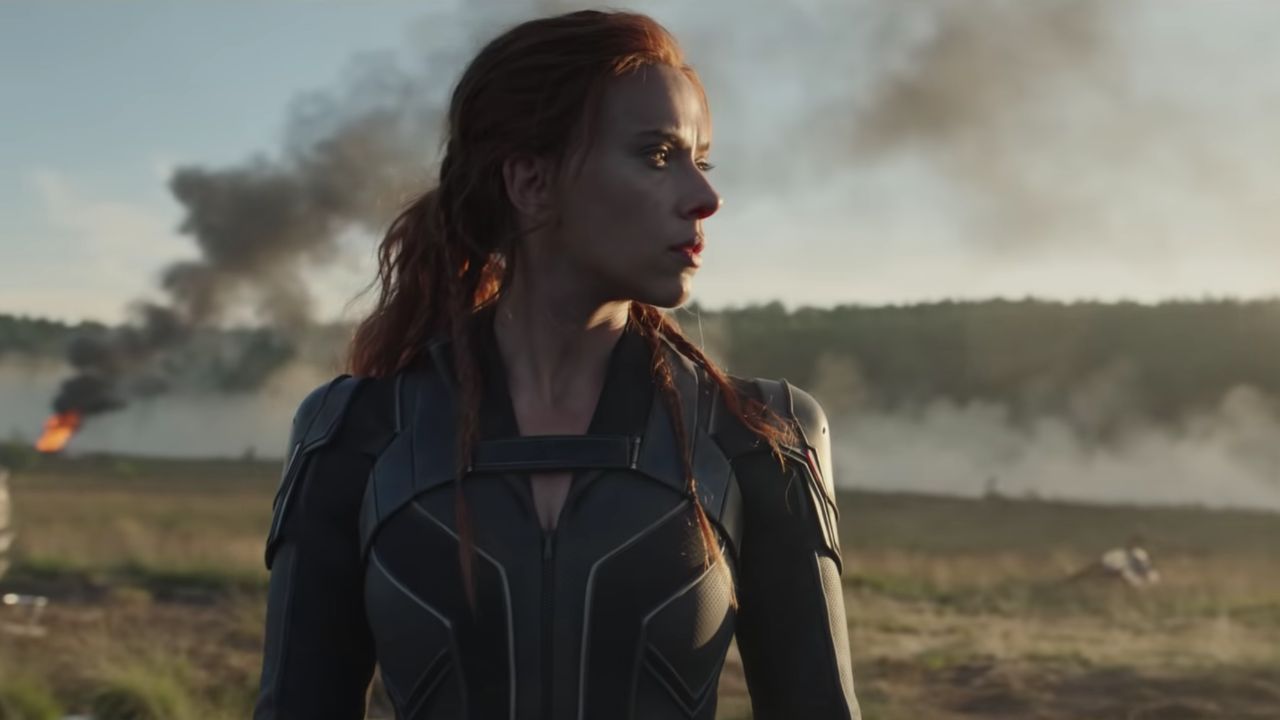 Actress Scarlett Johansson appeared on the red carpet for the first time since Oscar night on Feb. 9, 2020, at her honor’s 35th annual American Cinematheque tribute.

The event was also the first red carpet appearance since the actress sued Disney+ over the simultaneous release of Marvel’s BLACK WIDOW in theaters and on streaming.

“It was a very surreal time because, of course, the film had come out and was hugely successful and that was a big celebration. I had a baby and that was obviously a life-changing, amazing, celebratory thing,” Johansson told The Hollywood Reporter. “In a way, that sort of buoyed me through the very uncertain, stressful time. I feel mostly very fortunate that nobody will have to go through what I went through and that it’s made, I think, a positive impact in the industry and hopefully for artists and creatives’ lives and livelihood.”

“I have had some of the best times of my career working for both of those studios,” she continued. “I feel really excited that I get to continue my work with Disney and with my Marvel family.”

She confirmed that she is excited to continue to do new projects with Disney and Marvel shortly.

Movieguide® previously reported on the settlement:

The decision marks the end of the first notable fight between a significant studio and its star over release strategies in the COVID-19 era.

The two parties released a joint statement which states that they will continue to work together on future projects despite their legal battle.

“I am happy to have resolved our differences with Disney,” Johansson said. “I’m incredibly proud of the work we’ve done together over the years and have greatly enjoyed my creative relationship with the team. I look forward to continuing our collaboration.”

“What struck me as odd was that she showed up with red hair to the meeting. Scarlett doesn’t have red hair but the character did,” Favreau said. “I was a bit taken aback by that and after she got the role I asked her, ‘Between you and me, did you just dye your hair just for the meeting?’ She’s like, ‘Yeah, I did…to show you that I was serious about it.”

“She’s focused and she works hard,” he added. “And she’s smart and she’s funny.”

Despite the previous lawsuit, Feige honored Johansson and thanked her for her dedication to the role.

“As Marvel’s Studios first and longest-running female hero, Scarlett has stood her ground amongst a sea of men — many named Chris — and paved the way for so many other characters in the MCU: Carol Danvers, Wanda Maximoff, Shuri, Jennifer Walters, Monica Rambeau, Kamala Khan, just to name but a few,” Feige said. “Scarlett embodied Natasha brilliantly over an incredible action-packed period spanning 11 years, eight films featuring countless stunts and fight scenes, a Civil War, an Infinity War and dozens of different hairstyles, all culminating in one of the MCU’s most anticipated stand-alone movies, Black Widow.”

“We are already working with Scarlett on another non-Black Widow related top-secret Marvel Studios project with her as a producer,” he added. “Scarlett is one of the most talented, versatile and beloved actors of our time. It has truly been a pleasure to work with someone of her caliber. From those epic training sessions preparing for the hallway fight in Iron Man 2, to the around-the-world press tour in Avengers: Endgame to partnering with you as a producer on Black Widow, working with you Scarlett has truly been one of the most memorable and rewarding collaborations of my career.”

Last up was Jeremy Renner, who plays Hawkeye in the AVENGERS movies, to present her with the award.

“Frankly, I cannot understand how anyone could not love being in a literal and figurative foxhole with a truly stunning talent and a beautiful, powerful individual like Scarlett who I love and adore,” he said. “For a million reasons standing here tonight and a million reasons more that you don’t deserve to know, I feel tremendously honored to present this American Cinematheque Award to my favorite human and superhero.”

“I truly believe that film has an enormous impact on our emotional well-being. Film allows us to escape into someone else’s life and feel a sameness there, and have those introspective moments to reflect on the human condition and all its fragility and its complexity. Every time you sit down to see a film, we want it to win. We want to feel the connection to the characters, to the setting and the story and to feel at home in someone else’s story and someone else’s skin. It’s a process by which, in doing so, we connect with ourselves,” she said as she accepted the award.

“Tonight has been an incredible gift because it’s allowed me to take pause and take it all in, to take the temperature and survey the landscape before continuing so gratefully down the path that chose me 30 years ago,” she concluded.