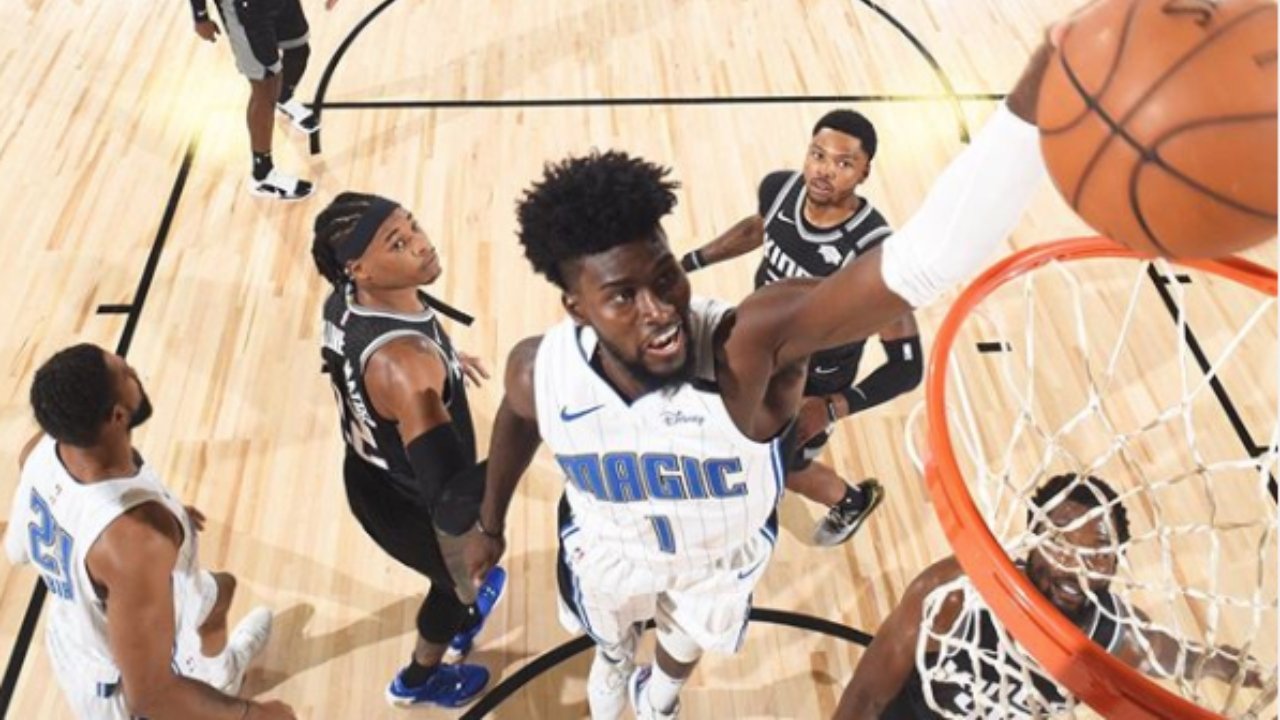 Orlando Magic star forward Jonathon Isaac was the first NBA player to not kneel during the national anthem and elected not to don the Black Lives Matter T-shirts worn by all the players.

The 22-year-old stood alone in his jersey and team track pants for Orlando Magic’s debut game against the Brooklyn Nets on July 31. Isaac cited that his faith in God and the Gospel is his reasoning for standing.

“I think the Gospel of Jesus Christ is that there’s grace for us and that Jesus came and died for our sins, and that we all will come to an understanding of that and that God wants to have a relationship with us,” Isaac continued. “We all fall short of God’s glory… whoever will humble themselves and seek God and repent of their sins, then we could see our mistakes and people’s mistakes and people’s evil in a different light, and that would help bring us closer together and get past skin color, get past anything that’s on the surface that doesn’t really deal with the hearts of men and women.”

Shortly after the game against the Nets, Isaac suffered a knee injury when the Magic faced off against the Sacramento Kings.

Isaac tore his anterior cruciate ligament, and NBA medical staff brought him off the court in a wheelchair.

Some social media and radio personalities cruelly joked that the injury was “funny” given Isaac’s personal convictions and implied the player may have deserved the injury for standing up for his faith.

While many found the post insensitive, others responded to the poll and said that called the injury funny. Le Batard apologized the next morning and took down the original post.

“We apologize for this poll question,” Le Batard wrote in a tweet. “I said on the front and back end of the on-air conversation that I didn’t think it was funny. Regardless of the context, we missed the mark. We took the tweet down when we realized our mistake in how we posed the question to the audience. -Dan.”

Le Betard wasn’t the only sports commentator to see the attacks against Isaac.

“I got a lot of tweets saying that this [injury] is karma, and that’s just a nasty way, that’s not what sports is about,” reporter Kayte Christensen-Hunter said. “I implore you all to have some decency, that is disgusting to me. I hope to God Isaac can recover quickly and this isn’t as serious as it looked.”

Despite the social media vitriol, Isaac thanked his fans and God for the support he received post-injury.

“We are gonna get through this together,” Isaac said via an Instagram story. “All I got right now is Jesus. All I got is the Lord and the people He’s placed around me to encourage me; to keep me uplifted. So, I’m leaning on Him for His strength and for His grace that is so sufficient for me.”

Isaac finished thanking the fans by posting Ephesians 6:16-17 and saying his faith in God will be strengthened in this moment of physical pain and weakness.

IT IS WELL!!! 2 Kings 4, read the chapter! Thank you for all of your prayers and concerns I’m encouraged. My knee may be hurt for now but my spirit is not broken!! Remember our God is not just a God of the hills but a God of the valleys! (2 Corinthians ch 4 vs 9!) MY COMEBACK WILL BE GREATER THAN MY SETBACK!!!! I STILL STAND IN JESUS NAME!!!! #MagicStillGoingAllTheWay