Study: Poverty and High Rates of TV Viewing Are Linked 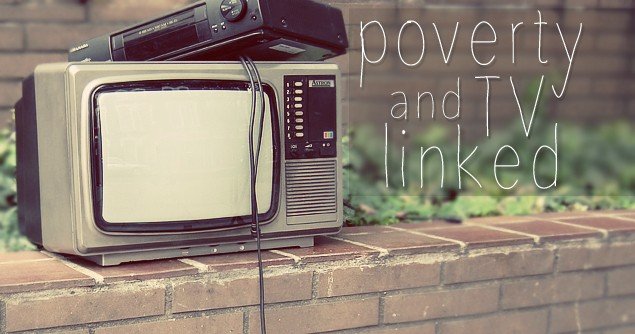 Obviously, someone not working has more time to watch television, but the findings show a gradual decline in television viewing as incomes rise. Thus, working people making $30,000 watch more than twice as much television as those making $75,000.

The study doesn’t make the case that television viewing causes poverty, but here are some points to consider. These points are based on common sense and logic rather than empirical study.

(1) Television viewing is an alternative to education. Heavy television users are seldom spending time improving their value as an employee or entrepreneur (there are exceptions like SHARK TANK where you can learn some great lessons about becoming an entrepreneur and investing).

(2) Television often promotes lifestyles not conducive to prosperity. A solid marriage, even more than education, is key to children escaping poverty, and television is notorious for promoting everything but marriage. The child who loves MTV will receive horrible lessons promoting promiscuity.

(3) People with the highest incomes have a greater drive to succeed. Television can dampen such drive, leaving viewers content to be entertained for long periods of time. To rise from an income of $30,000 to one of $60,000, you must want to better yourself. Television is more likely to instill a “let them provide for me” or a “blame everyone else” attitude than a “I can do better” attitude.

There is certainly a place for movies, television, and other forms of entertainment. Very successful people enjoy entertainment. Even so, based on the profound statistical differences found in the University of Chicago study, there is clearly a need for more detailed studies on the relationship between media and poverty.

A true “war on poverty” must consider the impact of media. Media can play a profound role in either combating poverty or causing it.