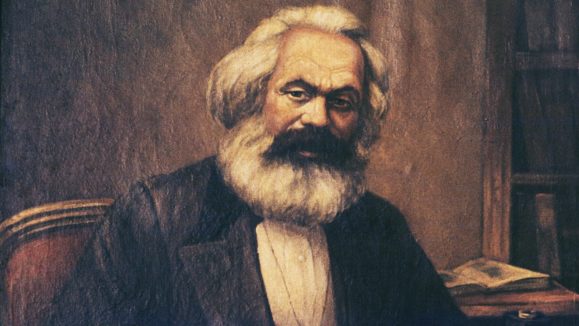 Picture a world where you don’t have to work, and everyone gets along. Sounds pretty good, right? And, almost too good to be true. That’s because it is. The magazine Teen Vogue doesn’t seem to think so, however.

In a new article from the fashion magazine aimed at teenagers, Karl Marx is introduced to the young readers, revealing how he was an “anti-capitalist scholar.” The article goes into detail as to who the philosopher inspired, naming such people as Helen Keller and Malcolm X. The Teen Vogue piece often praises Karl Marx’s influence, yet it ignores the fact that Karl Marx’s ideology birthed communism and is responsible for the murders of more than 90 to 120 million people since the 20th Century. It fails to mention that, while it may have influenced acclaimed artists like the Mexican artist Frida Kahlo, it also influenced Soviet dictators like Josef Stalin, Cambodian dictator Pol Pot, and Chinese dictator Mao Zedong, who all three combined have murdered about 82 million people or more. Instead of calling these genocides like they are, Teen Vogue vaguely references them as “social movements.”

Communism began as an ideology that modern work is alienated and insecure, and capitalism is bad for everyone. Karl Marx’s idea that the working man is treated unfairly for the work he does and that government should be abolished is rooted in a deep resentment that has driven over 100 years of genocide, hatred, and deceit.

Perhaps the most important part of history and the communist movement was the Cold War, yet the article has no mention of the war or any history whatsoever. The article praises Marx’s socialist/communist critique of capitalism but leaves out the atrocities committed by socialists and communists, not to mention all the philosophical, anthropological, historical, and economic falsehoods Marx propagated. In fact, Teen Vogue’s article makes Karl Marx look like a misunderstood philosopher, and the teachers who engage with his material are revolutionary for teaching on the subject.

College campuses and high schools are using Marx to put America on trial. Consequently, many millennials believe they should have a right to the wealth of others and, if other people have more than they do, they should get an “equal” share. Such an attitude creates an ungrateful spirit of entitlement, but too few Americans think this attitude is harmful.