The Baby Reveal on THE MASKED SINGER Surprises Judges 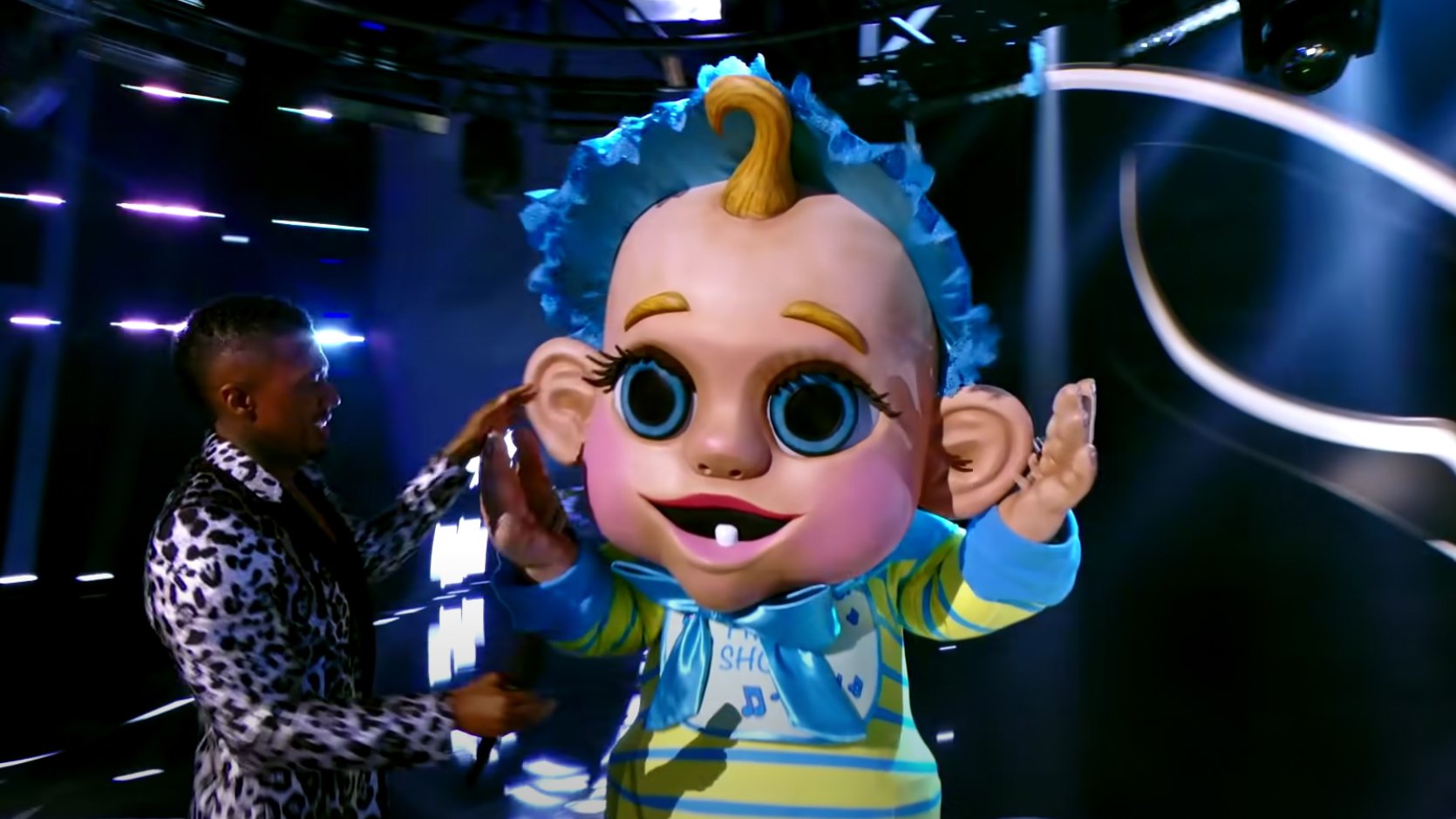 The Baby Reveal on THE MASKED SINGER Surprises Judges

Editor’s Note: This article contains spoilers regarding THE MASKED SINGER.

In the fourth episode of THE MASKED SINGER on Fox, it was time for the baby to say bye-bye.

However, no one could guess the iconic comedian behind the mask after hearing the Baby perform THE FLINTSTONES theme song and, previously, “You’re the First, the Last, My Everything,” by Barry White.

“I knew they wouldn’t guess me,” Larry the Cable Guy told Variety. “I knew they would be completely stumped because it’s totally something that they’ve never seen me do. And definitely, they’d never heard me in a different voice. I have a certain sound to my voice, but when I completely went British, and baby talk, and opera, and it worked.”

“Other than I couldn’t move or breathe, it was a lot of fun,” Larry added.

The giant Baby costume was a hit for some but scary for others, according to Larry.

“It seems like the opinion is the kids loved it and the adults who are scared of it.” he said. “I think the fact that the baby sang an operatic version of ‘The Flintstones’ made it more endearing to the parents, and more scary to the kids, so I don’t know what to tell you.”

The comedian shared some of the ways he stumped the judges.

“When I first got introduced I’m talking in a British accent, and then I cranked out a Barry White tune,” he continued. “And then when they think you’re going to do another tune like that… one of my favorite things to do is sing operatic, goofy songs. I’ve been doing it since I was a kid, because it’s fun. I’m not a singer, so I figured, I’m just gonna have fun. I’m gonna do something completely different. It’s about entertaining people.”

Larry is known for his comedy and voice acting roles like in the Movieguide® Award-nominated movie CARS.