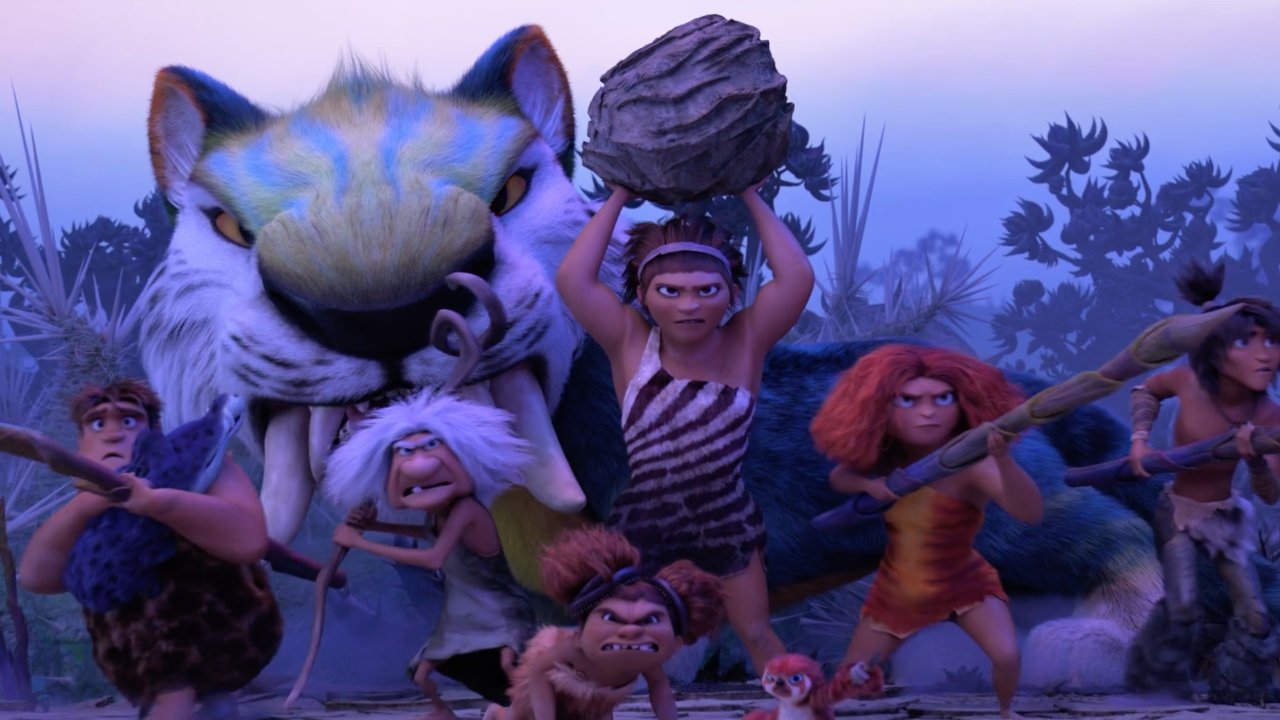 DreamWorks Animation’s THE CROODS: A NEW AGE continues to lead the way for a struggling domestic box office, topping the highly marketed new release, JUDAS AND THE BLACK MESSIAH.

The family-friendly sequel to THE CROODS grossed $2 million in its 12th week in theaters to hit a total gross of $49 million since its release in November 2020. It is hopeful for a similar result over Presidents Day weekend and is playing 1,890 theaters.

While buzz and marketing pointed to a solid open for the new historical drama about Black Panther leader Fred Hampton, the rated-R drama is projected to finish second or third behind THE CROODS sequel.

The Warner Bros. release also debuted simultaneously on HBO Max, keeping up with the model of WONDER WOMAN 1984 and THE LITTLE THINGS.

While the box office as a whole has faltered amid the coronavirus pandemic, THE CROODS: A NEW AGE’s continued success confirms Movieguide® hypothesis that moral, uplifting and family-friendly movies have a greater chance at reviving the domestic box office than movies rife with immoral content.

Universal U.S. distribution Boss Jim Orr told Deadline: “We unleashed the best in industry marketing to drive as many people to as many opened theaters as we possibly could, and the results speak for themselves,”

Orr continued: “When you have an incredibly charming film, people want to come out and want to be together in a theater. Those that do, did, and enjoyed the Croods: A New Age very much.”

While Movieguide®’s hypothesis was relevant when the box office was stable, COVID-19 has proven the importance of movies like THE CROODS: A NEW AGE.

“The Croods: A New Age further solidifies Dreamworks Animation’s impeccable reputation of creating beautifully animated films and quality family entertainment with global appeal,” Orr said. “We are very proud of our ability to continue to support our exhibition partners in whatever ways we can as we look to bring audiences a sense of normalcy during these uncertain times, making this holiday weekend debut of The Croods especially gratifying in this difficult theatrical landscape.”

According to Movieguide®’s review of JUDAS AND THE BLACK MESSIAH:

JUDAS AND THE BLACK MESSIAH is well acted and absorbing. To its credit, the movie clearly shows the Marxist, Anti-American, anti-capitalist, and sometimes violent rhetoric that Hampton often used. It also makes valid points about the FBI’s overreach and about the police brutality in Hampton’s apartment. However, the movie also seems to support the Marxist, Anti-American, anti-capitalist worldview of the Black Panther Party and Fred Hampton. JUDAS AND THE BLACK MESSIAH also contains a constant barrage of strong foul language.

The message to studios is clear: Family-friendly entertainment pays off and gratuitous elements will stifle your profit.