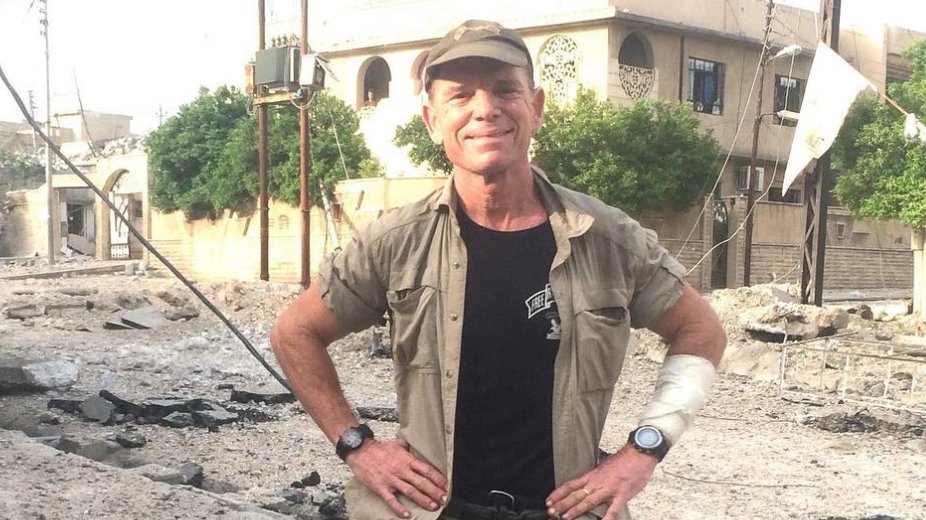 Following the U.S. government’s decision to pull all military presence from Afghanistan, thousands of people, including American citizens and Afghan refugees, are at threat of arrest or death at the hands of the Taliban.

Many NGOs have sought to fight on behalf of those persecuted in Afghanistan, including missionary Dave Eubank and the Free Burma Rangers (FBR).

“We are in Tajikistan, which is a beautiful country, just north of Afghanistan. We’re here to help the Afghan people,” Eubank told CBN.

Eubank founded FBR in 1997 after a 10-year career in the United States Army Special Forces.

“I think the U.S. pullout is debatable,” Eubanks said. “I think there are good arguments for pulling out or for staying, but the way that we pulled out is dishonorable and a horrible breaking of promises; leaving 1000s of people behind that we promised we will take out with us, including American citizens.

“I feel very sorry, almost every day I have started to cry because I thought of these little girls left in the hands of the Taliban, and that’s the biggest thing,” he continued. “Then I thought of the dishonor that we brought on ourselves, to our country, to promise people, including Americans citizens, ‘don’t worry, you’ll all get out.’ And we even left early, and why we stuck to some kind of timeframe with the Taliban is beyond me.”

Eubank acknowledged that while the decision was not unanimous, it is up to Americans to apologize and help in any way possible.

“I know there are many brave people in our military who tried their best and did our best,” Eubanks said. “I know, there’s many great people in the State Department who did their best. However, the result was dishonorable, and in some instances, cowardly, that we left people outside, and some of them died. My prayer is that our country would look at this again and say, ‘Those are real people we left, we’re sorry, we’re human, we’re gonna try again to get people out.'”

Once the U.S. military left, the terrorist organization known as the Taliban immediately seized governmental control over Afghanistan.

While some Afghan refugees have escaped or have gone into hiding, Eubanks noted that that only makes it more challenging to get the physical supplies and aid they need to survive.

Despite their humanitarian efforts, Eubanks said that their priority is giving people the hope of the Gospel.

“The main reason we came is to be ambassadors for Jesus. And we say that straight up to every Afghan we meet,” Eubanks said. “We are in meetings with different Afghan leaders now saying, ‘God, sent us to serve you, we come in Jesus’ name, and we love you and care for you and we are trying to get in food, blankets, medical help for those that are in hiding, and we’re trying to help people get out any way we can.'”

Eubanks called on fellow Christians to pray for relief organizations like FBR for the displaced Afghans and persecuted people living in Afghanistan and that people would trust in God.

“I think, number one, pray for truth,” he said. “It’s not America’s fault that Afghanistan fell. It isn’t. We have our own guilt, of not being there all the time in love. We have our own guilt, in the way we pulled out. We, in my opinion, could have kept staying… it’s gonna take generations for Afghanistan to change. America can’t change it. We’re also sinners. But our presence created a space where generations can change.”

“Now we’re gone and so my prayer is just truth,” he added. “God always shows us another way. Pray for access to go in and help people. And most importantly say ‘there is a God in heaven, who is present with us and sent His Son Jesus has an answer for all of us, call on his name.’ So please pray that help would come that truth would come out from every side. Please pray that us, the Free Burma Rangers and many other groups like us who are on the ground, can have access to help people.”

Eubank’s FRB was depicted in the documentary FREE BURMA RANGERS.