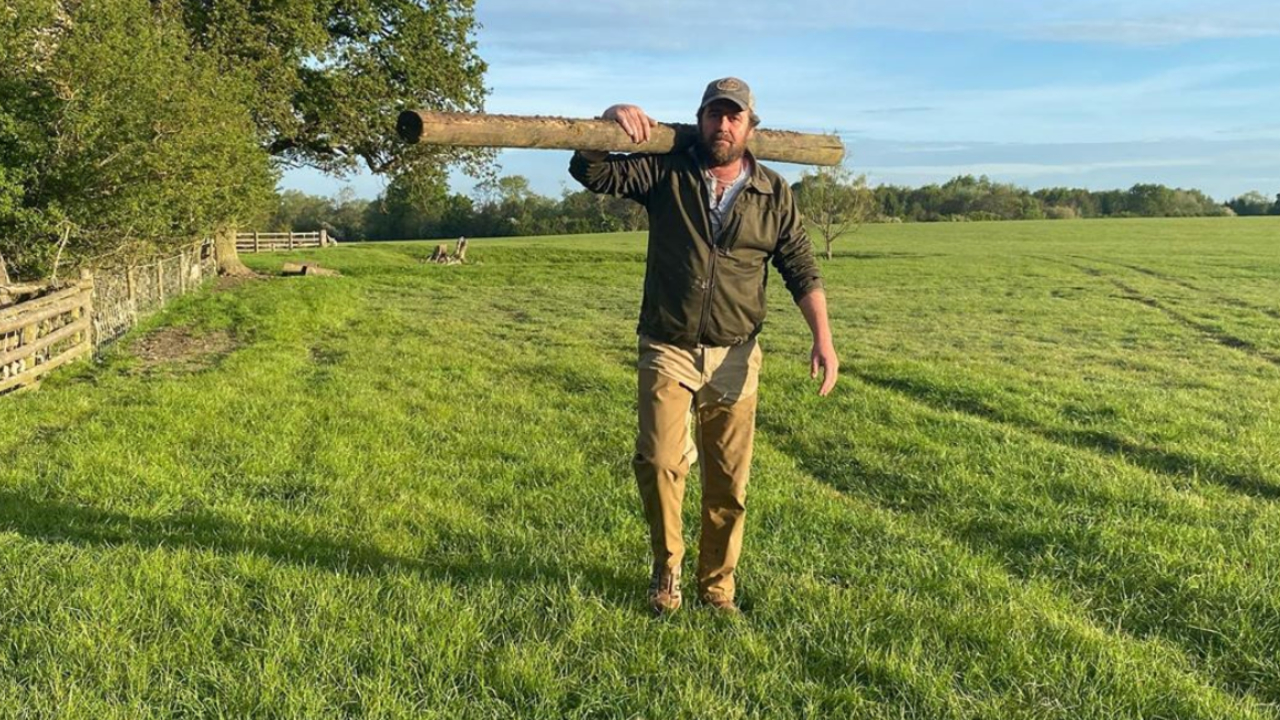 Photo via Mark and Emily Win the Wilderness on Instagram

WIN THE WILDERNESS is an adventure gameshow created by Netflix. The show follows six British couples who put their wilderness survival skills to the test in order to compete for the chance to win a remote house in Alaska.

Duane and Rena Ose created a legacy by building their own home called Ose Mountain. Over the past 30 years the couple has chopped wood, built a home, and planted their own food. As the couple aged, they decided to move away from Ose Mountain and pass on their legacy to another family. Six couples from Britain have decided to compete for the opportunity to inherit Ose Mountain by completing different survival tests. These survival tests include building shelter, hunting, chopping logs, creating paths, hiking in the wilderness, and surviving in the cold. Duane and Rena Ose will decide who will be the best fit at Ose Mountain and inherit the cabin.

WIN THE WILDERNESS is very entertaining and enjoyable to watch. The scenes of the Alaskan wilderness are breathtaking, and the show is very informative about survival skills needed to live in a remote place like Alaska. There are some prominent themes throughout the six episodes such as family, marriage, friendship, sacrifice, and teamwork. For example, couples work together to build shelter and protect themselves, a man sacrifices his warm clothes for his wife to wear, and the couples display acts of friendship to one another. The couples are pleasant to watch as they all have optimistic attitudes and interact positively with one another.

For the most part, the content is appropriate, and the show could be enjoyed by teenagers or young adults. There are instances where foul language is present but isn’t prevalent throughout the series. There are seven light obscenities and one JC profanity, and two uses of suggestive dialogue about sex. In one scene the adults drink beers, but drunkenness is not depicted. A couple runs into a lake naked but only the back sides of their bodies are shown. Lastly, some viewers might be disturbed by a hunting scene where a bison is shot and skinned for meat. Overall, the show focuses on the survival and nature aspects, which is refreshing in television these days. These couples want to live a more adventurous lifestyle in the wild where they can focus on the beautiful surroundings and their marriages.

Those who love the outdoors or gameshow series will enjoy WIN THE WILDERNESS. Despite showing the obstacles of living in remote Alaska, the content is uplifting and entertaining. Some scenes could be too intense for younger viewers, therefore WIN THE WILDERNESS would be best for adults or teenagers.

A beautiful morning here on the farm. Early mornings are fantastic for getting a head start on the day. Have Zoom call with immigration lawyer at 11am. Other solicitor business today too so making a start on farm work early. It’s going to be a warm one! Stay well and safe!