"Taking a Chance on Love" 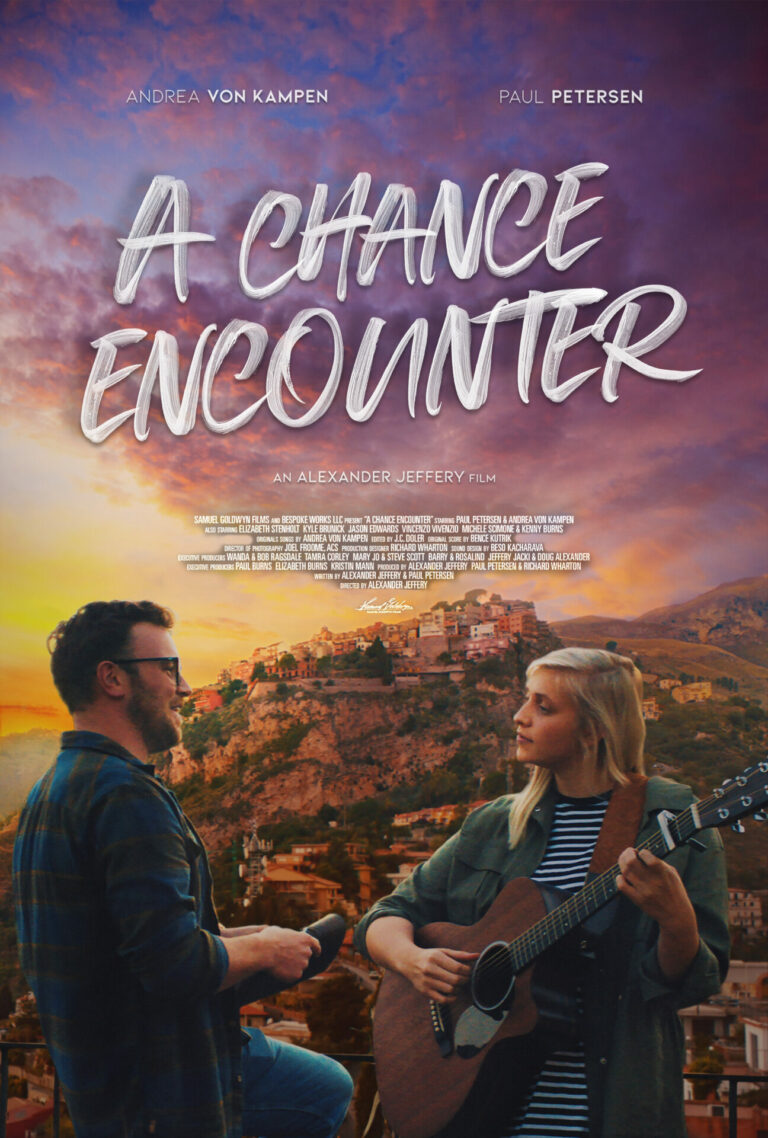 A CHANCE ENOCUNTER is a quirky, sweet romantic drama. Hal goes to Taormina, Italy to inspire him to write poetry. He meets a famous folk singer in the town piazza, where she’s playing her guitar. Josie and Hal connect and encourage each other to write. Josie invites Hal to spend the week at her very large villa so they can focus on writing together, like a writers’ retreat. They build a deeper connection through conversation, though Josie reminds Hal she already has a boyfriend. However, Hal starts having deeper feelings for Josie. Eventually, Josie must decide if she’ll continue with her current rocky relationship or take a chance on Hal.

A CHANCE ENCOUNTER is an enjoyable movie throughout. It has some moral elements and commentary. For example, the movie shows that a relationship can be built on encouragement, conversation and connection rather than just physical attraction. The movie has some positive references to Heaven and the afterlife. However, there is some cursing. So, MOVIEGUIDE® advises caution for pre-teens. Generally, though, older mature viewers will be entertained and delighted by A CHANCE ENCOUNTER.

(BB, S, L, AA):
Dominant Worldview and Other Worldview Content/Elements:
Moral worldview about a budding romance that remains chaste, and showing that a relationship can be built on encouragement, conversation and connection rather than just physical attraction, with some positive talk about Heaven and the afterlife
Foul Language:
11 obscenities, one profanity.
Violence:
No violence
Sex:
Some kissing, and it’s implied that a couple is living together
Nudity:
No nudity
Alcohol Use:
Alcohol use and brief drunkenness
Smoking and/or Drug Use and Abuse:
No smoking or drugs; and,
Miscellaneous Immorality:
Nothing else objectionable.

A CHANCE ENCUNTER is a quirky but sweet romance movie about an aspiring poet who visits Taormina, Italy, where he meets a famous folk musician and agrees to help her write a follow up to her breakout hit. Older, mature viewers will be entertained and delighted by A CHANCE ENCOUNTER, which has a moral worldview with positive references to Heaven and the afterlife, but there is some brief cursing.

Hal has decided to go visit Taormina, Italy, to get inspiration to write. When he arrives, he goes to the town piazza and asks a woman who is playing music, to take his photo. It turns out that the woman is Josie Day, a famous folk singer. Josie’s trying to work on another hit and is in Italy to help inspire her.

Josie invites Hal to have dinner with her at a local restaurant. Hal reads her one of his poems and Josie encourages him in his talents. They decide to meet the next day, because Josie is committed to showing Hal some wonderful places in the city that only the locals know.

When Hal arrives, Josie tells him she has a boyfriend and reminds them they are just friends writing together. The two end up spending the days talking about important matters and really connecting, but Hal is falling in love at the same time.

Will they ever connect in a romantic way, or will they just continue to foster each other’s creative endeavors?

A CHANCE ENCOUNTER is a quirky and beautiful movie with some moral positives. The movie shows two characters that grow and deeper a relationship without the physical. This is so nice to see as our current culture stresses sexual relationships rather than building foundations in a relationship. The movie also mentions Heaven and the afterlife. The movie does have some cursing, however.

A CHANCE ENCOUNTER is an enjoyable movie throughout. The movie is much like the movie BEFORE SUNRISE or the movie ONCE, both following characters who are deeply connecting with someone on a mental level rather than a physical one. Viewers will be entertained and delighted by A CHANCE ENCOUNTER.