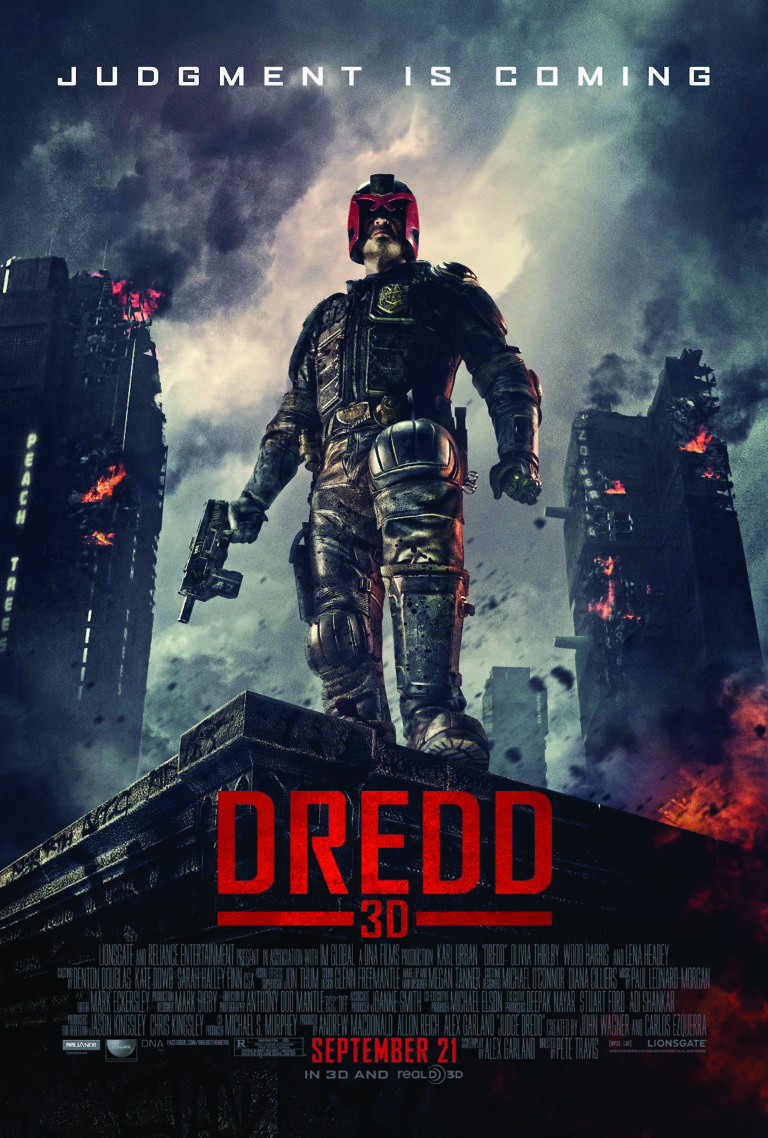 DREDD 3D is a vile violent movie. The story is set in a near-future America following a nuclear war that decimated the nation. The plot follows the exploits of Judge Dredd, an elite law-enforcement official who can arrest, charge, punish, and execute criminals on the spot. A series of horrific murders has occurred at a 200-story housing complex. The same day, Dredd is assigned to take on a new trainee and teach her crime fighting. The duo go to the complex. They have to fight and kill their way to the penthouse lair of a drug kingpin. This villain is spreading a drug that makes the user’s brain feel as if events are taking place at one percent normal speed.

The plot and dialogue in DREDD are bare bones. The movie looks as dirty as its message, with graphic, gory violence and brutality as well as abundant foul language. There’s no glimmer of humanity from either the heroes or the villains. DREDD is an abhorrent movie on almost every level.

(HHH, OO, LLL, VVV, S, AA, DDD, MMM) Very strong humanist, nihilistic worldview that includes a character with genetically mutated, occult, psychic abilities to read and manipulate minds; more than 200 obscenities and profanities (including many “f” words); unrelenting and unspeakably graphic violence, carried out by both the villains and the ostensible heroes, including two car chases in which driving recklessly through traffic of innocent bystanders leads to shooting between bad guys and cops on motorcycles, numerous people being thrown off the roof or out the windows of a 200-story skyscraper, graphic eye gouging, stabbings both threatened and carried out, slicing with knives, punching, kicking, and beating people, setting people on fire with gun-fired projectiles, a giant door splattering a homeless man who was haplessly sitting in its path, and (worst of all) several shots of people being skinned while alive, with as much blood and bodily fluids as possible in 3D flying off the screen and at the audience; fantasy sex scene with sado-masochistic overtones, including implied oral sex; no nudity; drunkenness throughout; abuse of a drug called Slo-Mo throughout, with the plot centering on a drug kingpin and her evil gang; and, very strong miscellaneous immorality includes kidnappings, gratuitous brutality, lying and deception by the bad guys against every form of goodness that might exist even momentarily onscreen, and young children are nearly killed or forced to see much of the violence.

Full Review Not Available At This Time