"Is It As Dino-myte as the Original?" 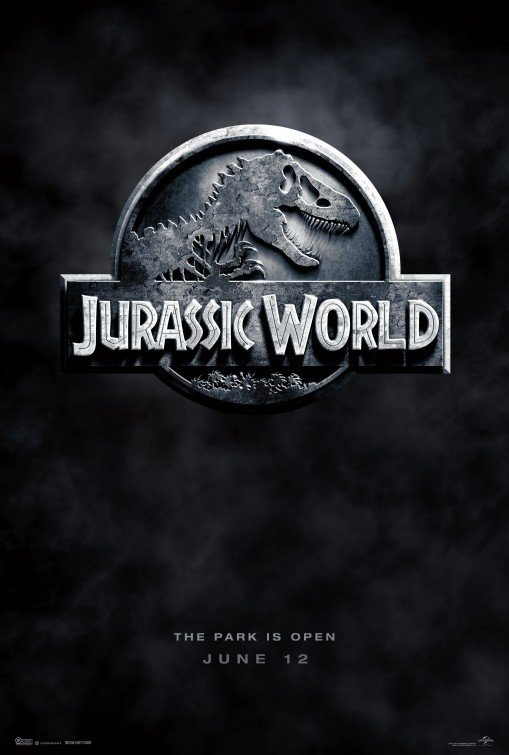 JURASSIC WORLD is the fourth movie in the iconic JURASSIC PARK dinosaur franchise, which changed the landscape for CGI (Computer Generated Images) filmmaking and inspirationally terrified a whole generation. JURASSIC WORLD takes place 20 years after the first movie. The dinosaur park is fully functional and profitable, but to keep people interested, the park owner decides to create genetically modified dinosaur hybrids. They create a terrifying creature called Indominus rex, but when it escapes and wrecks havoc, it’ll take a velociraptor trainer named Owen to help save the people on the island, including two boys who get lost in the park.

JURASSIC WORLD delivers more vicious, more spectacular CGI induced dino-mayhem than necessary, losing the awe and wonder that made JURASSIC PARK so iconic and memorable. The humanist worldview is strongly Darwinian, with some heroic moments. It isn’t rife with foul language, but has some, and is actually less violent than the original, but the intensity still warrants strong to extreme caution. JURASSIC WORLD may be worthwhile for some viewers, but fans of the original should keep their expectations low.

(HH, EvEv, AcapAcap, E, BB, C, LL, VV, S, M) Strong humanist, Darwinian worldview promoting evolution and that’s ant-capitalist and relatively godless, with many references to mother nature and environmentalism, plus some solid moral/heroic elements such as a boy learns to fight and encourages his younger brother, a boy is hurt by the fact that his parents are divorcing, boy corrects an adult’s use of foul language, male protagonist is heroic, and woman says “Thank God”; 16 obscenities (most “d” and “s” words) and seven profanities (including one use of Jesus Christ’s name); strong action violence throughout, dinosaurs eat animals and humans off screen many times and on screen several, a few people are swallowed whole, a man’s arm is bitten off, at least two shots of blood splatter, flying dinosaurs pick up visitors and drop them, a man is stabbed with a beak, a helicopter crashes into an aviary, dinosaurs fight and maul each other, one dinosaur kills herbivores for sport; several light sexual references, including one hand gesture, a boy flirts with girls even though he has a girlfriend; no nudity, but woman shows some cleavage; no alcohol use; no smoking or drug use, but reference to a dinosaur being stoned from tranquilizers; and, greed motivates the bad guys who try to capitalize off the chaos.

Taking place between JURASSIC PARK and THE LOST WORLD, this sequel sees Dr. John Hammond’s dinosaur theme park in full fruition 20 years after the violent incidents of JURASSIC PARK. Zach and his younger brother, Gray, are being sent to visit their Aunt Claire, who’s the operations manager of the Jurassic World theme park on the Isla Nublar off the coast of Costa Rica. Their parents are going through a divorce and feel that the boys could use a fun distraction, even though Zach and Gray haven’t seen their career-driven aunt in seven years.

At the park, Claire runs a tight ship and is driven by data and numbers in almost every decision and answer she gives. The park’s owner, Simon Masrani, visits to check in on his investment, but most of all, he wants both the dinosaurs and the visitors to be happy. To meet the demands of consumers, the corporation uses Dr. Henry Wu to keep creating more genetically modified dinosaurs. The bigger the attraction, the bigger the profits.

The newest dinosaur hybrid is the Indominus rex, a mixture of T-rex genes and a variety of other animals, all of which are classified. Even before the Indominus rex’s unveiling, it’s proved to be the biggest, smartest, most terrifying beast yet.

When Zach and Gray show up, Claire hands them off to her assistant and gives them VIP passes to the park. The park’s owner tells Claire to bring Owen Grady, a velociraptor trainer, to the Indominus rex to doublecheck safety measures. This request upsets Claire because she had an unpleasant date with Owen, a guy she finds reprehensible.

Owen, who was hired from the Navy, works with the dangerous velociraptors every day, building a relationship with them and training them to respond to human commands. After some success, the head of security for InGen, Vic Hoskins, approaches Owen and reveals their desire to use the velociraptors in military operations, something Owen is vehemently against.

When Claire brings Owen to the Indominus rex cage, it seems empty – there isn’t even a thermal temperature. Upon inspection in the cage, the Indominus rex reveals itself and is able to escape through the gate. With an animal that they don’t fully even understand on the loose, a hunt for the mega-beast begins before it reaches the tens of thousands of visitors on the other side of the island. To make matters worse, Zach and Gray have gone missing in one of the attractions, and Claire and Owen must find them before it’s too late.

Right off the bat, JURASSIC WORLD sets up its villain in the Indominus rex, but immediately confuses the audience by also introducing the evil military minded Vic and the mad scientist Dr. Wu. Even the not-so-concerned-about-profits owner Simon Masrani is presented in an odd power hungry naive light, though he’s much more likable than Vic and Dr. Wu and he’s clearly turned a blind eye to the morally questionable direction the park has gone. Though the bedrock of the entire franchise is built on genetic bioengineering and cloning, JURASSIC WORLD takes the implications of such choices even further than previous movies. No one is trustworthy in this movie, not the capitalists, the scientists, the private security mercenaries, and especially not the dinosaurs. It’s a Darwinian worldview at its finest, with competing Alpha creatures battling to control the island. Ultimately, it’s man’s desire to innovate that will be their downfall in JURASSIC WORLD.

That said, it’s worth noting that the capitalism portrayed in this world is without question unethically guided. When the scientists decide to create and design life for their own benefit, this unnatural, ungodly desecration of creation backfires.

Ironically, as the theme park owners try to feed mankind’s desire for bigger, badder more vicious entertainment and as the movie negatively reflects this, the filmmakers ultimately fall prey to their own social criticisms. JURASSIC WORLD delivers more vicious, more spectacular CGI induced dino-mayhem than necessary. As a result, it loses the awe and wonder that made JURASSIC PARK so iconic and memorable. The awe-inspiring reactions of the park’s attendees are mostly nonexistent, with the exception of the young boy, Gray. Owen Grady presents a different type of relationship to the velociraptors, that of mutual respect. This is where JURASSIC WORLD fails the most. By humanizing some of the dinosaurs, creating empathy and even motivations for them, the movie loses the scare factor completely. As is obvious with the Indominus rex, you fear most what you don’t understand. Finally, the characters are a bit one dimensional, and the plot is convoluted.

That said, the movie is not without entertainment value. There are thrilling action scenes, and some funny and even touching moments. The CGI, while not believable, stands up to mega monster movies such as GODZILLA and PACIFIC RIM. JURASSIC WORLD is definitely ambitious. Ultimately, its downfall is its inexperienced director. This action adventure may be worthwhile for some viewers, but fans of the original should keep their expectations low.

JURASSIC WORLD isn’t rife with foul language, and is actually less violent than the original, but the intensity still warrants strong to extreme caution.

What Does Hollywood’s New Obsession With Cannibalism Mean for Mainstream Media?