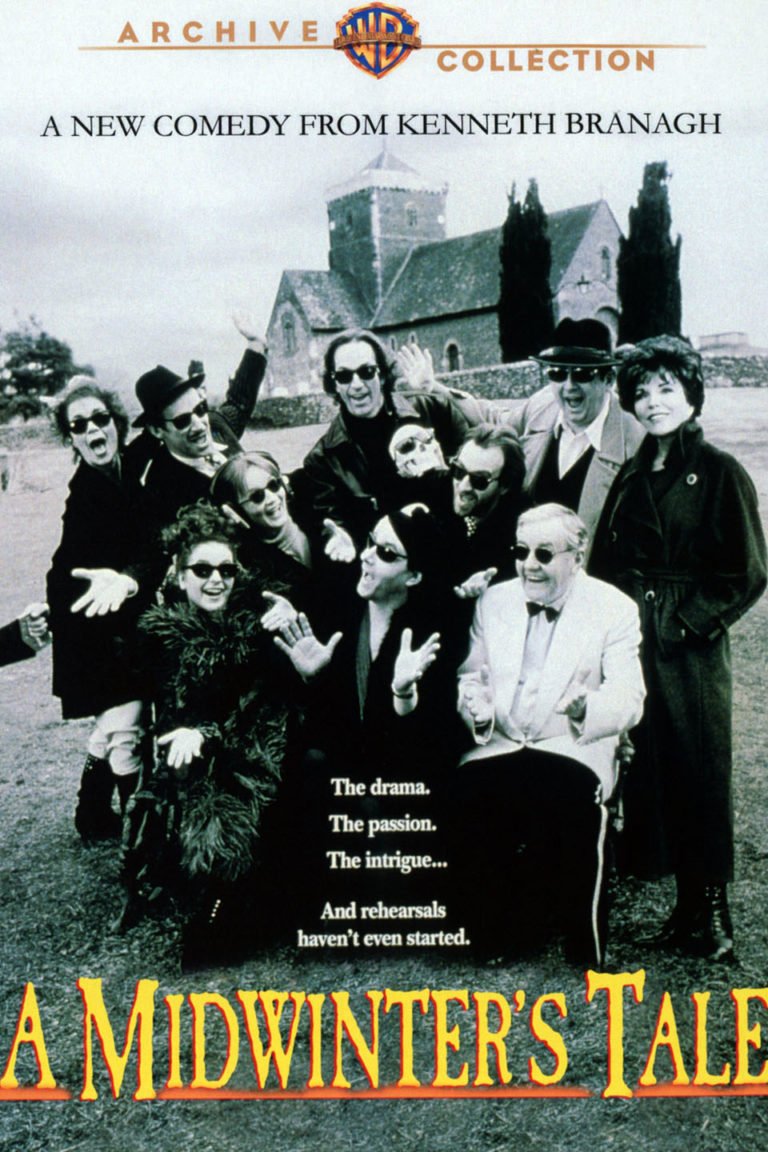 A MIDWINTER'S TALE takes place three weeks from Christmas in a little village called Hope, where an out-of-work actor directs and plays the lead role in HAMLET. While not sparkling with excitement and ingenuity, the film is amusing and has moments of great wit. There are positive themes of leadership, loyalty, kindliness, compassion and the generosity, although there is an acceptance of homosexuality and sexual references.

(B, Ho, LLL, S, D, A, M) Moral worldview where virtues of loyalty, friendship, and kindliness are predominant traits and where a play is staged to help save a local church; a theme of homosexuality; 6 obscenities, 17 profanities & 31 vulgarities; some sexual references in conversations, a man confesses he made a girl pregnant & a few implied sexual situations; smoking; alcohol use; and, miscellaneous immorality involving unwed pregnancy & man running away from his duties as a father

In A MIDWINTER’S TALE, down-and-out actor Joe Harper decides to take on the task of director and actor in the play HAMLET. His motivations are two-fold: he wants to save a neglected church; and, he wants to breathe new life into his soul and into that of the motley cast that he has assembled. Never mind the lack of talent and inexperience, Joe takes them all on his shoulders with the patience of a saint. They are of course besetted by problems: too many empty chairs on opening night; and, a sudden offer of movie contract which would take Joe away from the play. However, all’s well that ends well, and in the true good-natured spirit of the film, problems are resolved in the wink of an eye, families are reunited and true love blossoms.

Writer and director Kenneth Branagh means well, and for the most part, A MIDWINTER’S TALE amuses. The continual banter and repartee are witty enough, though they are quite predictable. There are positive themes of leadership, loyalty, kindliness, compassion, and the generosity, though, regrettably, homosexuality is accepted, there are implied sexual liaisons and extensive foul language. Also, while Christmas is the season, there is no mention of Christ or the true meaning of Christmas.