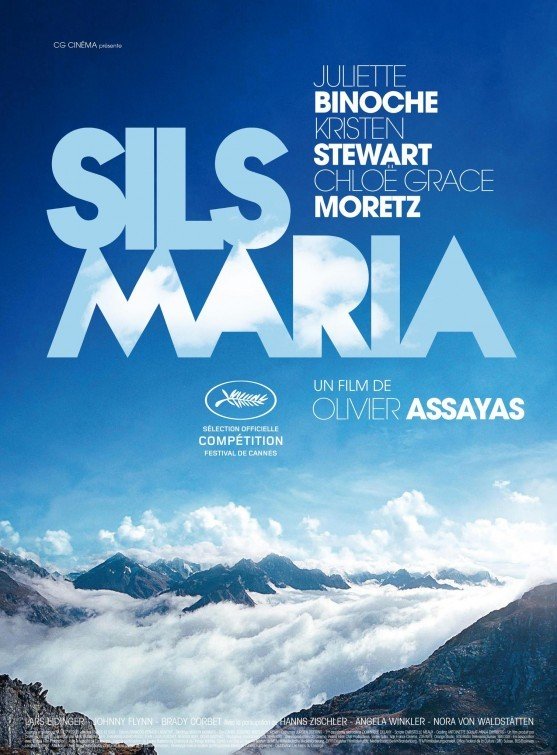 CLOUDS OF SILS MARIA is an European movie about an aging actress who struggles with playing a role her younger self once played opposite: a role where her younger self seduced an older woman to move up the corporate ladder. The movie is an introspective look at the loss of youth and copping with that loss. The majority of the movie is about Maria and her relationship with her secretary Valentine; however, like most of the characters they move in and out of Maria’s life rather quickly. Ending in Maria feeling all alone and being blown off by the embodiment of her younger self.

Over all, CLOUDS OF SILS MARIA looks stunning, but is lacking in cohesiveness and any real motivating event. The movie is spiritually depressing and morally debauch. It is philosophically axiological, humanistic and nihilistic, and morally and spiritually profane. Suicide is glorified. There is nothing that suggests Maria our main character will ever cope and start living a healthy lifestyle. MOVIEGUIDE® renders CLOUDS OF SILS MARIA abhorrent for its glorification of unhealthy living and destructive life habits.

(HHH, PAPAPA, LLL, V, SS, HOHO, NN, AA, D, M) Very strong philosophical axiological, humanistic, and nihilistic worldview with pagan immoral elements; Over 40 obscenities and eight profanities (including two strong profanities); suicide is the inciting event and a prevalent theme throughout the whole of the movie; lesbian relationships are discussed often, but nothing is ever seen or referred to outside of talking about a play, adultery is implied multiple times; woman are in their underwear in one scene, woman skinny dips and is briefly seen nude; light drinking and some drunkenness; heavy smoking throughout; gambling and divorce.

CLOUDS OF SILS MARIA opens with Valentine struggling to keep up with Maria Enders, a world-renowned actor’s busy schedule as they ride to Zurich on a train. Maria is on her way to receive an award on her mentor Wilhelm’s behalf; when all of a sudden she receives news that he has passed away. The honor of receiving an award for a dear friend quickly becomes an anxiety ridden burden.

Maria graciously receives the award; however, after doing so she is approached about a role that terrifies her. She is asked by Klaus Diesterweg a renowned director to revisit one of her past works. A work that Wilhelm had written and chosen her younger self to play the seducer of the older. However now twenty years later she is asked to play the middle aged woman.

Maria and her assistant Valentine journeys to visit Wilhelm’s widow Rosa Melchior. Once there she finds out that Wilhelm’s death was by suicide. Grieving the process, she decides to stay and rehearse for her new role. She struggles every moment with the idea of playing a character that embodied the very type of person she never wanted to become.

CLOUDS OF SILS MARIA is disturbingly slow and drawn out. It is rampant with debauchery and glorifies unhealthy copping methods. Adultery is dismissed and promiscuity glorified. The relationship between Maria and Valentine is that of a friend but it is evident that Maria longs for more than that.

Fans of static foreign movies may find this movie appealing; however, CLOUDS OF SILS MARIA will be annoyingly slow for most American audiences. MOVIEGUIDE® advices extreme caution due to little morality and its glorification of suicide, alcoholism and promiscuity.