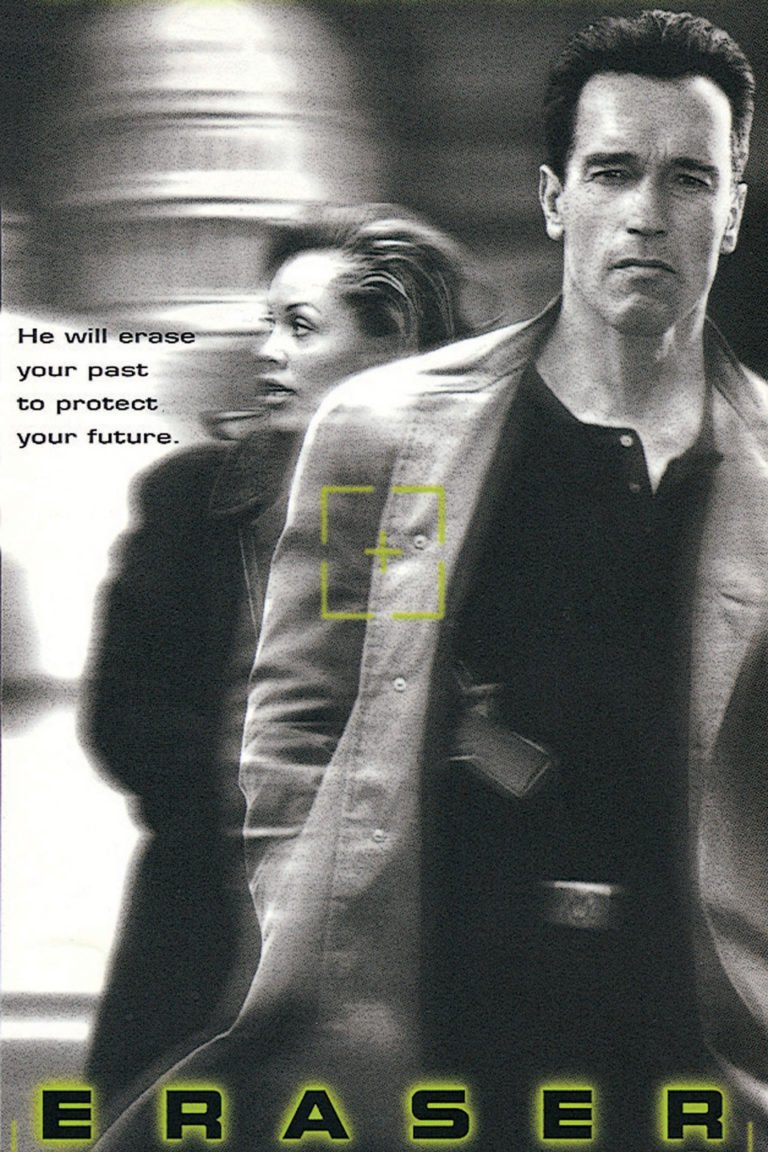 In ERASER, Arnold Schwarzenegger does what he does best and liquidates the bad guys as Federal Marshal John Kruger whose charge is to erase the identities of witnesses in high-profile criminal cases. When John's superiors get mixed up in a secret arms deal, he and a witness must flee for their lives. Marred by action violence and some foul language, it stands as a superior action picture without sex, nudity or a vengeful protagonist and with some positive references to Christianity.

Arnold Schwarzenegger stars in ERASER, another nail-biting, big-gun thrill ride, sure to delight his fans. He plays good guy, Federal Marshal John Kruger, a member of an elite group called WITSEC who erase identities in the witness protection program. His latest challenge involves a woman named Lee Cullen, played by Vanessa Williams, who has a disc implicating government officials in a secret arms deal with terrorists. Kruger successfully hides Ms. Cullen hides until key witnesses suddenly end up dead. Kruger finds out that his own superiors are behind this secret deal. Thus, Kruger and Cullen must run for their lives as they seek to clear their names and catch the villains.

ERASER is extremely fast-paced and incredibly suspenseful. Not only does it have exciting stunts and special effects, but it also has the witty one-liners. Parents should be aware, however, that there is excessive action violence, though but it remains on an action level, with few on-screen grotesqueries. Also, the movie is marred by foul language. On the other hand, Arnold claims at one point that God’s laws are not man’s laws, and at another point, a man of the cloth helps out the innocent Kruger and Cullen. In the final analysis, ERASER is a superior action picture without sex, nudity or a vengeful protagonist.