THE BALLAD OF THE SAD CAFE 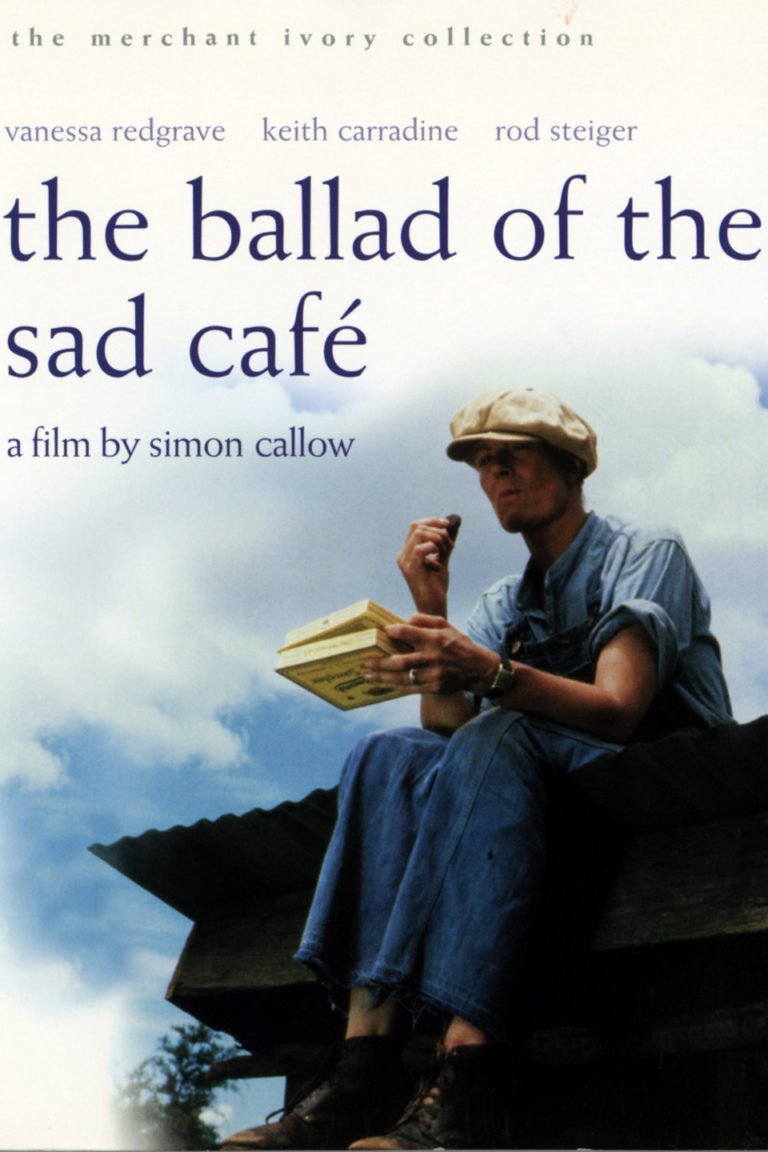 Based on Carson McCuller's novel, THE BALLAD OF THE SAD CAFE deals with blured sex roles and ill-fated love in a small Southern Depression-era town. The cinematography and acting (especially Vanessa Redgrave's Miss Amelia) are excellent, although Simon Callow's directing lacks continuity and sophistication

Bizarre and surreal may be terms too strong to describe THE BALLAD OF THE SAD CAFE, but if not that, it can at least be termed strange. It is based upon the novel by Carson McCullers, a writer given in the past to the very odd in human feelings and relationships.

The film deals (like her other works) with the center of loneliness in people in a world where other people are as lonely as themselves. Love, as evidenced in THE BALLAD OF THE SAD CAFE, is never equal and reciprocal; and the imagination creates its own chamber of horrors, where a physical defect or an emotional perversity is blown out of proportion.

Miss Amelia (Vanessa Redgrave), attired in coveralls and very short hair, is a somber, masculine-looking woman who lives alone and almost single handedly runs a little southern town in the middle of nowhere. She provides the townspeople with all their needs from her mysteriously concocted medicines, to the booze she extracts from a secretly located still.

Everything moves routinely, albeit sadly, until a fast-talking, manic-depressive dwarf shows up claiming to be a relative. Before long, Miss Amelia grows fond of “cousin Lymon” (Cork Hubbert) and along with the townspeople, falls prey to his charm; thus, he persuades her to turn her general store into a nightly cafe.

Complications arise, however, with the return of Marvin Macy (Keith Carradine), an ex-convict desperately in love with Miss Amelia and desirous, at all costs, to win her affection. Although they marry, their marriage is not consummated as Amelia throws Macy out on their wedding night and a fist fight ensues between them.

THE BALLAD OF THE SAD CAFE proves to be a complex film, perhaps because it tries hard to conceal its true message. Whether intentional or not, the film’s message raises several red flags: the pervasive blurring of sexual identities; Miss Amelia’s masculinity; the marriage-bed rejection; cousin Lymon’s adoration of Marvin; and, finally, the fight between Amelia and Marvin. Each of these turns out to be a subtle attempt to obscure the God-designed concept of human sexual roles. Since God created man, both male and female, in His image, such sexual blurring is a breach of God’s Word.

Also, Rod Steiger, as the preacher, portrays an ineffective, overly emotional and inept Christianity lacking the wherewithal to bring about a lasting change in Marvin’s life. In his ministry, as well, the preacher’s uselessness is readily apparent.

Cinematically, THE BALLAD OF THE SAD CAFE proves well worth viewing, although Simon Callow’s direction lacks continuity and sophistication. Vanessa Redgrave’s acting is first class despite the irritation caused by her false accent. The Norman Rockwell settings are appealing, and the film’s complex personalities afford the adult viewer an intellectual challenge if viewed with extreme caution and discernment (This film is not for children!).