THE COUNT OF MONTE CRISTO

"God Will Give Me Justice" 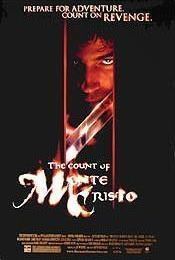 THE COUNT OF MONTE CRISTO is the story of a naïve sailor who is wrongfully imprisoned and escapes to take revenge on his betrayers only to learn that there is a better way. Edmund Dantes (Jim Caviezel) is a commoner whose plans to marry the beautiful Mercedes are shattered when his best friend, the noble Mondego, who wants Mercedes for himself, deceives him. Unlawfully sentenced to the island prison of Chateau D’If, Edmund must endure a 13-year nightmare. Over time, he abandons God and becomes consumed by revenge. With the help of another inmate, Faria (Richard Harris), Edmund manages to escape and transform himself into the mysterious, wealthy “Count of Monte Cristo.” He cleverly insinuates himself into French high society and sets about to destroy those who so cavalierly enslaved him.

Filled with Christian allegories which are slightly diminished by pragmatic perspective, THE COUNT OF MONTE CRISTO is entertaining, exciting and thought-provoking. The story and production values are masterful. Filled with Christian truths and a strong apologetic defense of the existence of God, this movie is marred by implied sexual activity and intense violence. THE COUNT OF MONTE CRISTO is a powerful, redemptive tale.

THE COUNT OF MONTE CRISTO opens in the year 1814 as a ship sends a lifeboat to Elba Island where the British are holding Napoleon under heavy guard. The young French sailor, Edmund Dantes (James Caviezel), and his childhood friend and sailing comrade, Fernand Mondego (Guy Pearce), are risking their lives by bringing their dying captain ashore for medical help. In a brief skirmish with the startled guards, Edmund proves, to the drunk but skilled Mondego’s amusement, that he is not a fighter, but the two of them happen to defeat a much larger British contingent. Edmund demonstrates his naivety shortly thereafter when he meets secretly with Napoleon and agrees to deliver an “innocent” letter for him (plot spoilers follow; skip ahead if you wish).

Unknown to Edmund, Mondego had seen the interchange from a distance and is furious that Edmund is keeping secrets from him. Mondego, who is of noble blood, has been insanely jealous of his illiterate commoner friend for many years, because Edmund always seems to get the better of him. In what Edmund assumed was friendly competition, the two had a long-standing game of giving a chess piece to the other when one had proven himself a victor in some arena. Now, Mondego’s jealousy burns hotly against his friend because of the secrecy, but mostly because the beautiful lady Mercedes loves Edmund, and not him.

Back home, Edmund’s bravery earns him the title of Captain, but still smarting, Mondego fails, for the first time, to pass along the much deserved chess piece. In fact, Mondego tries to wow Edmund’s beloved, Mercedes. Mercedes rejects Mondego, and Edmund and Mercedes run off to the beach and go swimming. After an implied tryst, they declare their undying love for each other. Edmund proposes, but says he has no ring, so Mercedes takes a small piece of twine and ties it onto her finger. She promises never to take it off and never to stop loving Edmund.

Drunk and angry, the jealous Mondego betrays Edmund by telling the town’s magistrate, Villefort, about Edmund’s letter from Napoleon. Villefort has Edmund arrested, and Edmund quickly and honestly tells the story. Though the letter is found to contain spy secrets, Edmund is pronounced innocent. Just as he’s leaving, however, Villefort asks one last question about whether Napoleon gave a contact name. Edmund says, “Yes. It was Clarion.” Quietly seething, Villefort offers to have Edmund escorted home in his personal carriage, but instead, Edmund is whisked away to a barren prison island called D’If.

There, Edmund is beaten by a sadistic warden and placed in solitary confinement. The warden promises to beat him mercilessly on every anniversary of his arrvial. Though shaken, Edmund is hopeful that his imprisonment will be short-lived. On the wall of his stone prison is the inscription, “God will give me justice.” Edmund carves over it each day until it is deeply inscribed, yet year after year, he receives only his anniversary beatings. As he cries out to God, the warden taunts him saying, “You ask God for help, and I’ll stop the moment he shows up.”

One year, much to Edmund’s shock, up from the stones in his cell floor comes an old man, Faria (Richard Harris), a priest who has been trying to dig his way to freedom for years. The two become friends, and the priest asks about the now-fading inscription about God. Edmund replies, “The inscription has faded, just as God has faded.” The priest asks, “What has replaced Him?” “Revenge,” seethes Edmund.

The priest begins to educate Edmund in Economics, History, Mathematics, the art of being a gentleman, and sword fighting. He cautions his protégée, however, to use what he knows for good, for life. Faria tells Edmund of a vast treasure, in case he should ever escape.

Well, escape Edmund does, and he soon acquires a loyal servant, a young pirate whose life he had saved. The two travel back to Edmund’s hometown, rent a boat and find Faria’s treasure, which proves to be far grander than either had imagined.

At this point, Edmund starts his revenge. He finds out that his old “friend” Mondego had married his true love, Mercedes, and the two are now a Count and Countess with a son living in Paris. He finds out that Villefort betrayed him because his father was Clarion, and his old First Mate had conspired with Mondego out of jealousy and greed. He finds that the news of his imprisonment had killed his father, and he vows to kill all involved, forcing them to suffer as he has had to suffer.

Therefore, he purchases a fantastic mansion in Paris and announces himself at a glorious party as “The Count of Monte Cristo.” Now a dashing, educated gentleman disguised by a beard, a costume, and a whole new posture, Edmund is free to carry out his plan of revenge on all who betrayed him.

All seems to go as planned until some truths emerge that threaten to soften his heartstrings and weaken the plan. Edmund must now decide whom to believe, whom to trust, and which of two moral paths he will ultimately choose.

From his conversations with the priest in prison, it appears that Edmund had a call on his life to do good and to express love and mercy. Furthermore, God revealed to Edmund that, “God will give me justice,” which had to be tried in the crucible of a horrendous prison to be made real. Just as King David expressed in Psalms 119:71, “It was good for me to be afflicted so that I might learn your decrees,” so was it necessary for Edmund to be trained in the valley of affliction. It appears as if God used both his enemies and Faria the priest to tutor Edmund. The Lord says in the Song of Solomon that He “woos us into the desert, that He might speak tenderly to us and teach us His ways.” Faria, in particular, taught Edmund what he needed to know in order to take hold of the ultimate treasure and have the tools to carry out God’s purposes.

Though Edmund was set on revenge, it seems as if God sent a faithful friend to keep Edmund’s head and heart level in the battle. At a weak moment when Edmund was about to lose someone who loved him, his servant/friend tells him, “I will protect you, even if it means protecting you from yourself.” God gave him a true love, which said to him, “God believes in you… You cannot escape Him. He is in everything, even my kiss…”

Somewhat mitigating his passion for revenge, Edmund devises a clever plan of bringing his foes to a place of truth where they would end up hanging themselves. Edmund then also blesses a young boy with a true paternal blessing, drawing the lad into manhood and symbolizing a hope and a future to Edmund. Furthermore, he is able to protect Mercedes and draw those he loves into a place of true position and true freedom.

In a way, God uses Edmund to overcome his jealous and unrepentant friend. The Bible says that jealousy is more cruel than hatred, and Mondego proves his murderous, hate-filled spirit time and time again. Mondego also walks in elitism and prejudice, continually cutting Edmund down. It is interesting to note, also, that Mondego and Villefort had terrible relationships with their fathers, though the movie implies that this was more of their fault for rebelling against their fathers than their fathers’ cruelty.

The remake of THE COUNT OF MONTE CRISTO presents a Christian worldview somewhat confused by a heightened emphasis on vengeance. On one hand God is established as the ultimate ground of being, yet the revenge element, though dramatically effective, if pushed to its logical conclusion, would deny God’s sovereign power and His forgiveness and mercy. Thus, THE COUNT OF MONTE CRISTO tells the classic story of a fall leading to redemption, but, regrettably, the fall is emphasized more than the redemption and the movie contains some intense violence, implied scenes of fornication and suggested adultery. It should be pointed out, however, that sex outside of marriage was rampant in 19th Century France as the French Revolution introduced a totally new social ethic and the influence of the church as a morally governing body was greatly diminished. Infidelity in marriage was commonplace and in many social circles even accepted.

Kevin Reynolds directs with a keen sense of character and action. This is some of his best work.

James Caviezel and Richard Harris are superb as Edmund and Faria. James Caviezel displays an incredible range going from the naïve Edmund to the cool Count. Richard Harris is delightful as the priest, giving one of his best performances. Regrettably, Guy Pearce is too one dimensional, and Dagmara Dominczyk needs more experience.

Writer Jay Wolpert is to be commended for finding a powerful, dramatic storyline in a complex classic book, though some will criticize the many places where the movie veers from the book. Clearly, Jay Wolpert took seriously his mandate to transform the book into an exciting movie, but in doing so, he has confused a few of nuances which make the book a classic, and he forces an ending that wraps too quickly and conveniently. In the book, Mondego is simply in love with Mercedes and tries to court her when Edmund is away at sea. Edmund and Mondego were not childhood friends. They never served on a ship together. And, they were not together on the Isle of Elba. Also, in the book, Edmund is never beaten and is in total confusion regarding his imprisonment for at least 6 years; total solitary.

The good news is that in the end, through the fallenness of Edmund, God does bring justice, and even Edmund comes to realize that he is called to do good and exact mercy, not revenge. THE COUNT OF MONTE CRISTO could engage film and theology students in hours of worthwhile discussions. The filmmakers are to be commended for clearly presenting a powerful tale, with a strong Christian perspective.