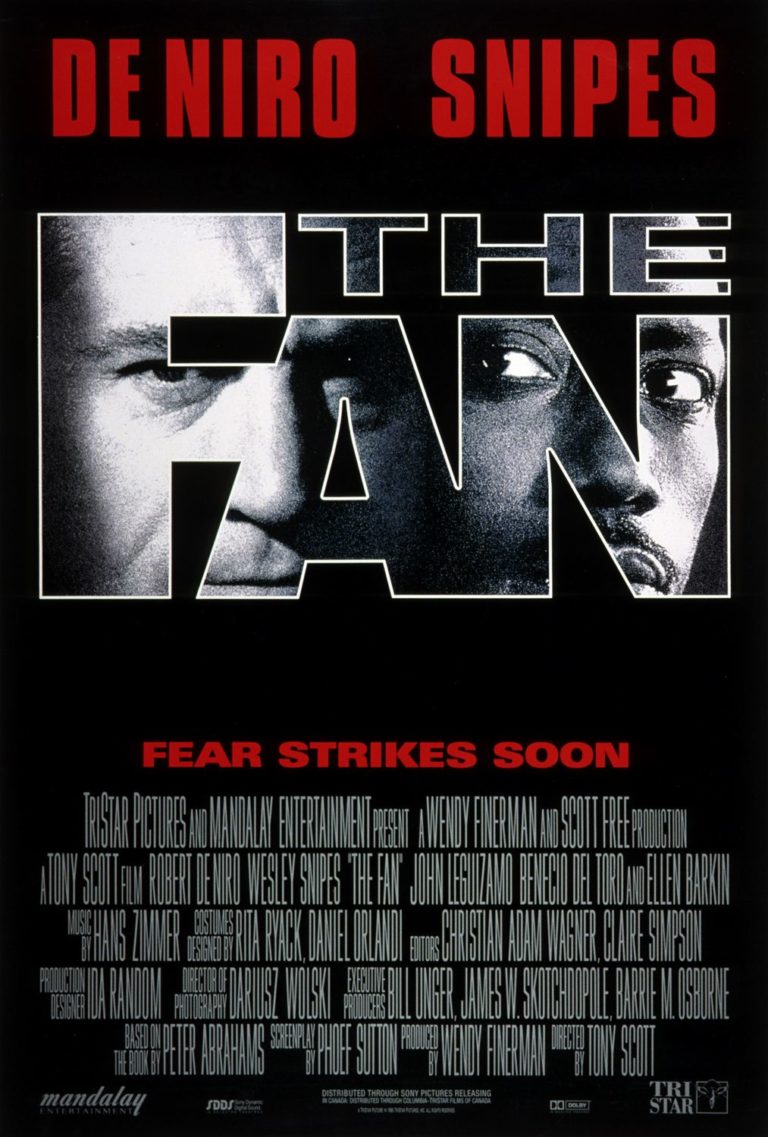 THE FAN charts the dangerously intersecting courses of an obsessive baseball fan named Gil Renard, played by Robert De Niro, and the hotshot, Most Valuable Player, Bobby Rayburn , played by Wesley Snipes. Renard's desire to see Rayburn succeed turns into murderous insanity when his life falls apart, and he loses his job and his son. Presenting a stain on our national pastime, THE FAN is filled with violence and obscenities and definitely strikes out.

In THE FAN, Bobby Rayburn , played by Wesley Snipes, is on top of the world as the movie begins. He has just signed a new $40 million contract with the San Francisco Giants. In contrast, Gil Renard , played by Robert De Niro, has a life that is going nowhere. He is an unsuccessful salesman, whose only joy is the Giants. The first game of the season arrives, and Renard skips work to take his son to the opening game. Early in the game, Rayburn injures himself while making a spectacular catch. Yet, Rayburn’s season improves, and Renard becomes obsessed with getting the recognition for Rayburn’s recovery. Eventually, Renard snaps and takes violent steps to get self-recognition.

The failure of this movie rests squarely on the heads of the director and writer. Snipes and De Niro do an excellent job with a story that just doesn’t make sense about a mild mannered man who suddenly slips into a psychotic, murderous rage. The story wanders, giving the viewer unneeded information while neglecting other crucial areas. Thriller movies often take our most cherished institutions like marriage, roommates and now sports and make an ugly spectacle of them. Presenting a stain on our national pastime, THE FAN is filled with violence and obscenities and definitely strikes out.