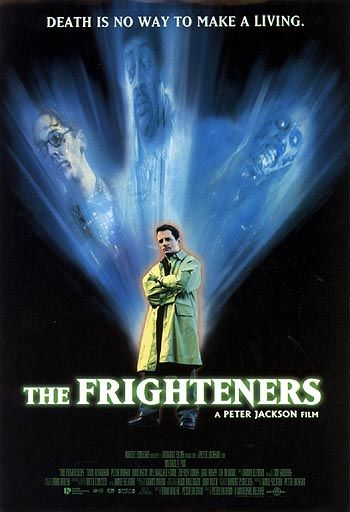 From horror film factory, Universal Pictures, comes FRIGHTENERS, a horror/comedy that neither scares up laughs nor chills. The movie stars Michael J. Fox as a sort of GHOSTBUSTER who gets in over his head when he battles the soul of a deceased mass murderer. Showing a complete disregard for human life and the supernatural, this movie has profanities, obscenities and lots of bloody violence.

FRIGHTENERS is a horror/comedy that neither scares up laughs nor chills. Michael J. Fox stars as Frank Bannister , a con-man GHOSTBUSTER who scams people for money by claiming to rid their homes of ghouls. New to town is Dr. Lucy Lynskey . She is taking care of the creepy Patricia Bradley, an accomplice to mass murderer Johnny Bartlett. Soon, people start dropping like flies from strange heart attacks, including Dr. Lynskey’s cruel husband. Bannister is held suspect. Soon, we find that the ghost of Johnny Bartlett is indeed in partnership with Patricia Bradley, and they are together responsible for all the deaths. During an out-of-body experience, Bannister fights against time and a crazed FBI agent to end Bartlett and his reign of terror.

This movie can’t decide whether it wants to be a comedy or a horror movie. It doesn’t get interesting until the very end, when it gives the viewer plain dramatic ploys like the “race against time” and a struggle with a villain. This movie does suggest that there is a heaven and hell, but God and Satan are never mentioned. With gruesome violence, excessive amounts of obscenities and profanities and poor drama, THE FRIGHTENERS just might frighten away its audience.