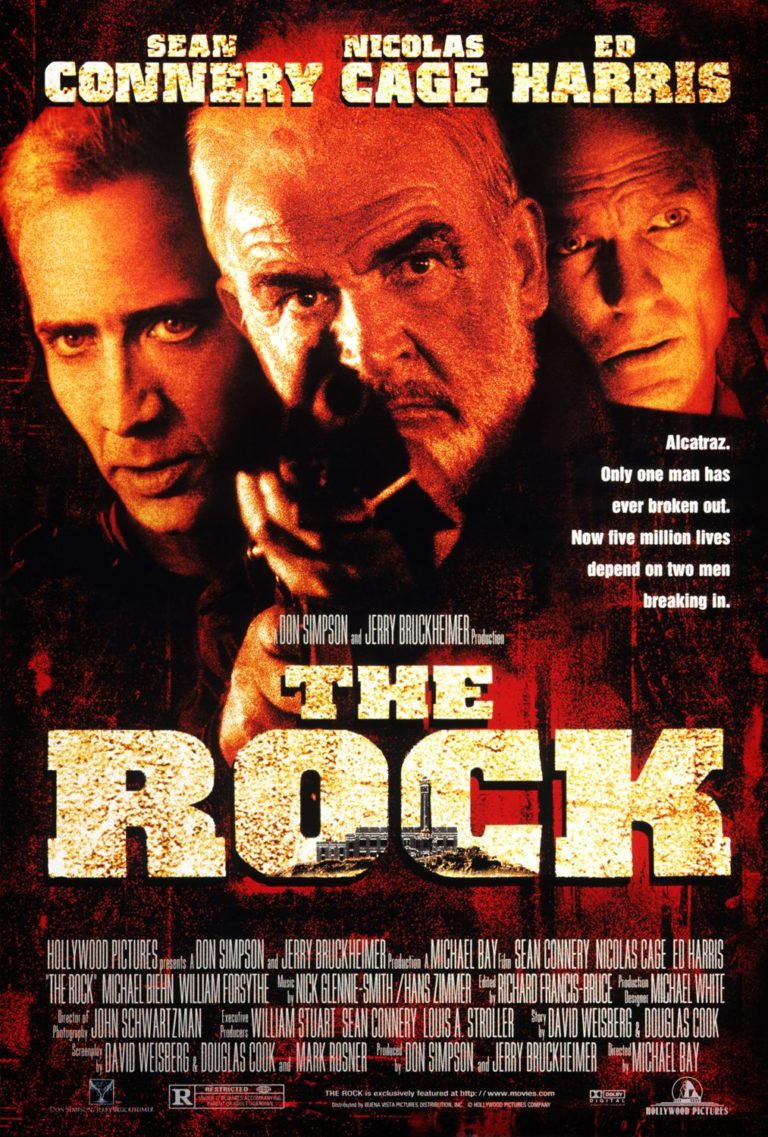 THE ROCK is another summer action adventure involving a Marine General who threatens to destroy San Francisco with chemical weapons if he doesn't receive $100 million dollars in cash. Nicolas Cage, as a FBI chemical weapons expert, and Sean Connery, as the only man who has ever escaped Alcatraz, team up to put a stop to the madness. Extremely violent with much foul language, THE ROCK excites despite its almost unbelievable premise.

In THE ROCK, Marine General Francis X. Hummel seeks retribution for men who died in secret operations. Seeking $100 million from the U.S. Government, General Hummel steals 15 VX gas rockets and takes 81 prisoners on Alcatraz Island. He threatens to fire three toxic rockets on San Francisco unless his demands are met. The United States refuses to netogotiate, and two plans are developed. Plan A involves sending a team of Navy SEALS along with a chemical weapons expert, Stanley Goodspeed (Nicolas Cage), and an Alcatraz escapee, Patrick Mason (Sean Connery), to deactivate the missiles. If Plan A is not successful, the military will resort to Plan B which involves incinerating the island. Through a series of mishaps, the President orders Plan B. Now, Goodspeed and Mason must defend themselves against Hummel and disarm all three rockets before they are all blown to bits.

THE ROCK is an entertaining action movie. THE ROCK moves along with nail-biting suspense and non-stop action. Nevertheless, there exists an enormous chasm of believability. This is pure escapism and any attempt to justify the events and characters as anything but cogs in an entertainment vehicle is futile. During the mission, many lives are killed through various means. Furthermore, both the good guys and the bad guys use foul language.