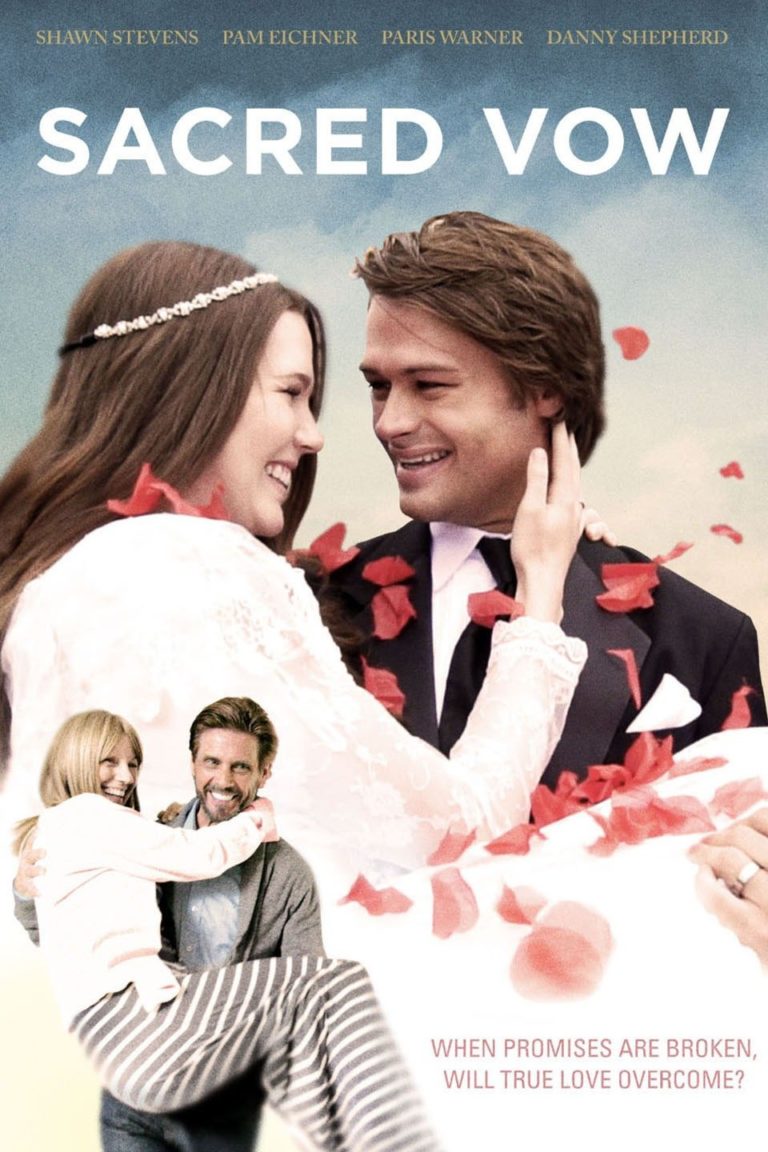 SACRED VOW is a low-budget romantic drama that presents a positive, uplifting view on marriage, commitment, family, faith, and fidelity. After being unfaithful to his wife, Amber, Doug wants a divorce, but Amber will only sign the papers if he agrees to spend 30 days recreating a moment from their wedding day. Meanwhile, a pastor speaks openly about God being able to redeem lying, cheating and lust. The redemptive story follows Doug’s journey rediscovering the importance of his family, his faith and his sacred vow to his wife.

SACRED VOW is an extremely positive movie that conveys many important, biblical truths about romantic and family relationships. It stresses the fact that relationships take hard work, commitment and God most of all. Doug’s infidelity is always portrayed in a negative light, but the story provides redemption for him at the end. This Christian message is hampered by underdeveloped characters, slow pacing and a lack of chemistry in the performances. SACRED VOW relies too heavily on voiceovers to tell viewers Doug and Amber’s emotional journeys, instead of the audience being able to see it firsthand.

(CCC, BBB, S, M) Very strong Christian worldview especially as it relates to families and marriage, with a very strong biblical teaching against adultery and promoting reconciliation; no foul language; no violence; multiple tasteful scenes depicting adultery and sexual immorality including sensual kissing, scenes of a mistress laying in bed/seducing a married man but all within a negative, anti-adultery context, one mild mention of “getting to first base” on a date; no nudity, but woman is wrapped in a towel after a shower; no alcohol; no smoking or drug references; and, light immorality depicted in adultery involving a broken family with instances of a couple lying to their daughter.

SACRED VOW is a low-budget romantic drama that presents a positive, uplifting view on marriage, commitment, family, and fidelity.

The redemptive story follows Doug, who’s been married to Amber for 20+ years, but isn’t happy any more. He isn’t present with Amber or their daughter, Isabel. Instead he spends his time having an affair with the seductive Crystal, who urges him to leave his wife for her. Doug finally gets up the nerve to tell Amber, who refuses to sign the divorce papers until after Isabel’s birthday, forcing Doug to wait 30 days before leaving his family.

The movie follows two storylines. The first being Doug and Amber’s complicated divorce, and the other flashes back to happier times when they were young and in love. Scenes of Doug in bed the other woman are juxtaposed with scenes of Doug and Amber’s wedding day, or times when he used to cook her dinner. There was a time when the two were truly happy, but it seems to be long gone.

While negotiating the divorce, Amber holds on to one particular memory of their wedding day. As the happy bride and groom came out of the church, Doug picked Amber up and carried her in his arms down the stairs to their car. Refusing to sign divorce papers 20 years later, Amber tells Doug that she doesn’t want money or any of his things. The only thing Amber wants is for Doug to carry her down the stairs every morning for 30 days, just like he did on their wedding day. At first, Doug refuses, but ultimately agrees.

As the 30 days pass, Doug begins to remember why he fell in love with Amber in the first place. He recalls the faith in God that brought them together and wonders how he could have ever fallen so far. As he realizes the importance of his family, his faith and his wedding vows, he questions whether he should go through with the divorce.

From a worldview standpoint, SACRED VOW is an extremely positive movie that conveys many important truths about romantic and family relationships. “The grass is never greener on the other side; it’s only greener where you water it,” Doug says as he reflects on the importance of putting time and effort into relationships. Amber speaks openly about the fact that “family is being targeted now more than ever, and without God in our lives we have nothing.” On Doug’s road to redemption, the family makes an effort to go to church and put God first in their relationships. The movie always portrays Doug’s infidelity in a negative light, but also presents the idea that there is forgiveness and redemption. The Pastor speaks openly about God being able to redeem lying, cheating and lust. The movie serves as a great reminder for couples to put God first and actively work on loving each other every day.

While the movie has a great message, the plot is too slow. The pacing of the story and editing is rather slow, causing the movie to feel longer than its 86-minute runtime. The movie’s first half has numerous flashbacks to young Doug and young Amber that halt the main storyline of Amber’s 30-day challenge to Doug. Halfway through, however, the movie seems to forget about the young couple’s story completely, which leaves the storyline unresolved.

Also, the characters and performances lack depth, which will leave the audience feeling detached from the story’s emotional beats. The movie could have done a better job of getting into why and how their marriage fell apart, why Doug decided to cheat, and how Amber’s challenge really changed Doug. Instead, SACRED VOW relies too heavily on voiceovers from Doug and Amber to tell viewers their emotional journeys, instead of the audience being able to see it firsthand.