"Thriller Explores What Is Truth and What Is Fantasy" 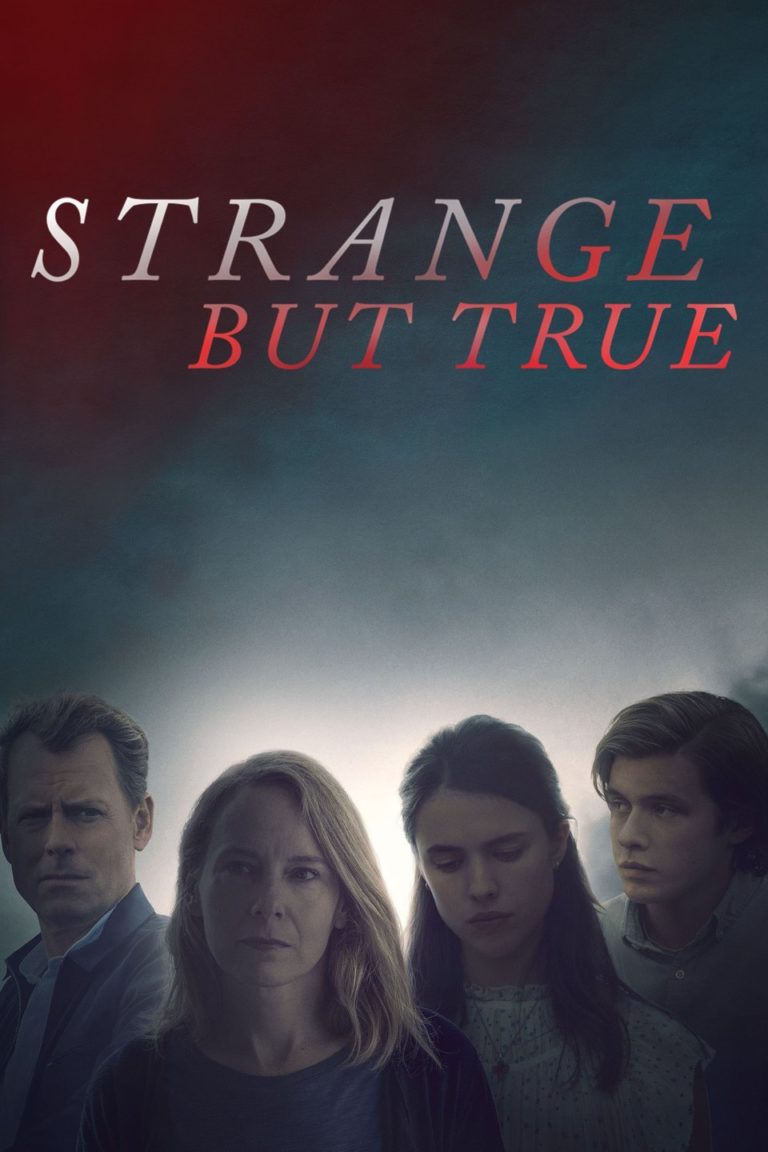 STRANGE BUT TRUE is a mystery thriller where facts, fiction, lies, and deception lie at the heart of the story. A young woman shows up at her dead boyfriend’s parents’ home claiming the child she’s carrying is their son’s, except he’s been dead for five years! Divorced from her ex-husband, a fertility expert, the dead teenager’s mother thinks her husband may have preserved some of her son’s DNA and managed to artificially inseminate the boy’s girlfriend. Is that what really happened?

An all-star cast delivers this unique plot, including unexpected twists. STRANGE BUT TRUE starts off a little slow but soon picks up steam. Also, the acting is excellent. The ending is morally uplifting, with a scene of apparent reconciliation. However, it’s marred by overt but brief strong occult content where a couple people trust in a psychic for guidance. Also, there’s a comment where Christians are called hypocrites. Finally, STRANGE BUT TRUE contains some strong profanities and disturbing violence, including murder and an implied suicide. Consequently, despite the happy ending, STRANGE BUT TRUE ultimately is not acceptable, though not thoroughly abhorrent.

(B, OO, Ab, L, VV, S, AA, M)
Dominant Worldview and Other Worldview Content/Elements:
Light moral worldview with a scene of apparent reconciliation at the end, marred by overt but brief strong occult content where a couple people trust in psychics for guidance, and the psychic turns out to be right though her predictions are a little vague, and marred by light anti-Christian content where Christians are viewed as hypocrites
Foul Language:
Four obscenities, four strong JC profanities and a rude gesture
Violence:
Some strong violence includes one person choking another, one person chasing another with a gun, one person falls down stairs, an implied suicide, and a person breaks the glass of a door
Sex:
Implied sexual encounter between two teenagers, implied scene of fornication, description of a rape, and implied adultery
Nudity:
No nudity
Alcohol Use:
Brief alcohol use and a description of offscreen drunkenness
Smoking and/or Drug Use and Abuse:
Smoking and no drug use depicted but it’s implied that a male character has drugged a female character to rape her;
Miscellaneous Immorality:
Woman hides her grief by wearing a mask of emotional cruelty.

In STRANGE BUT TRUE, a young woman’s mysterious pregnancy sets off a series of twists, leading the characters and viewers asking, “What is truth, and what is fiction?” Though it starts a bit slowly, STRANGE BUT TRUE picks up some steam and contains some excellent performances, with a positive ending, but some overt occult content, brief foul language and other disturbing elements render the movie unacceptable, though not thoroughly abhorrent.

The movie opens with a young man with a broken leg in a cast trying to run away from an unknown assailant. Cut to two days earlier. A young woman named Melissa comes knocking on the door of the family of her dead boyfriend, Ronnie, one week from giving birth. She claims the baby is Ronnie’s, who died five years before. Ronnie’s mom, Charlene, and her son, Philip, the young man from the first scene, try to put the pieces together how this is possible. They conclude that her pregnancy is the result of postmortem cryogenic preservation. They believe Ronnie’s father, played by Greg Kinnear, extracted Ronnie’s sperm after he died, froze the sperm and then put it into Melissa five years later.

Told in flashbacks, the movie reveals that Ronnie and Melissa, on prom night, had a sexual encounter. Then, as they rode home, they got into a car accident, which resulted in Ronnie’s death. Ronnie’s mother, Charlene, believes the accident was Melissa’s fault.

Desperate to hold onto Ronnie and distraught, Melissa seeks the help of a psychic named Chantrel who she communicates with to see if she can talk to Ronnie again. As Ronnie’s mother does research to make sense of the science behind Melissa’s pregnancy, her son Phillip goes to see the same psychic Melissa saw. Phillip has a session with her in which the psychic takes a strand of his hair and declares, “Joy and pain live on long after we do. What lives in one can live in another. That is how we are connected.”

Meanwhile, Melissa’s parents have kicked her out for being pregnant and claiming the baby is Ronnie’s. So, Melissa has gone to Bill and Gail’s house, who become her guardians. Gail is concerned that Bill, who’s a policeman, is sick after she finds strange pills in his pack of cigarettes. She soon discovers Bill has been slipping Melissa roofies and raping her, trying to get her pregnant with his child, a child Gail could never have. More plot twists follow.

In this strange thriller, what is true and what is real will be questions viewers (and the characters) will wrestle with until the end. This makes STRANGE BUT TRUE an initially slow moving movie, but it eventually becomes an edge of your seat drama, where it’s always better to know the truth, unless that truth becomes stranger than the fiction you already believe.

The filming in STRANGE BUT TRUE is quite plain. Most scenes are shot in one of the character’s homes or in a car. The flashbacks are more dimly lit, which makes it clear when the story’s timeline switches from five years prior to the current time. The cast delivers excellent performances, especially Greg Kinnear, who plays the dead teenager’s father, a fertility doctor who grapples with helping Melissa financially when she’s kicked out of her home. Another standout performance is from Amy Ryan, known for her partnering with Steve Carell in funny roles like THE OFFICE and more serious roles like Carrell’s movie BEAUTIFUL BOY. Ryan encapsulates the deep sadness of a mother who has lost her son intertwined with the quest and thirst for the knowledge that will keep her son alive in her memory for one more day.