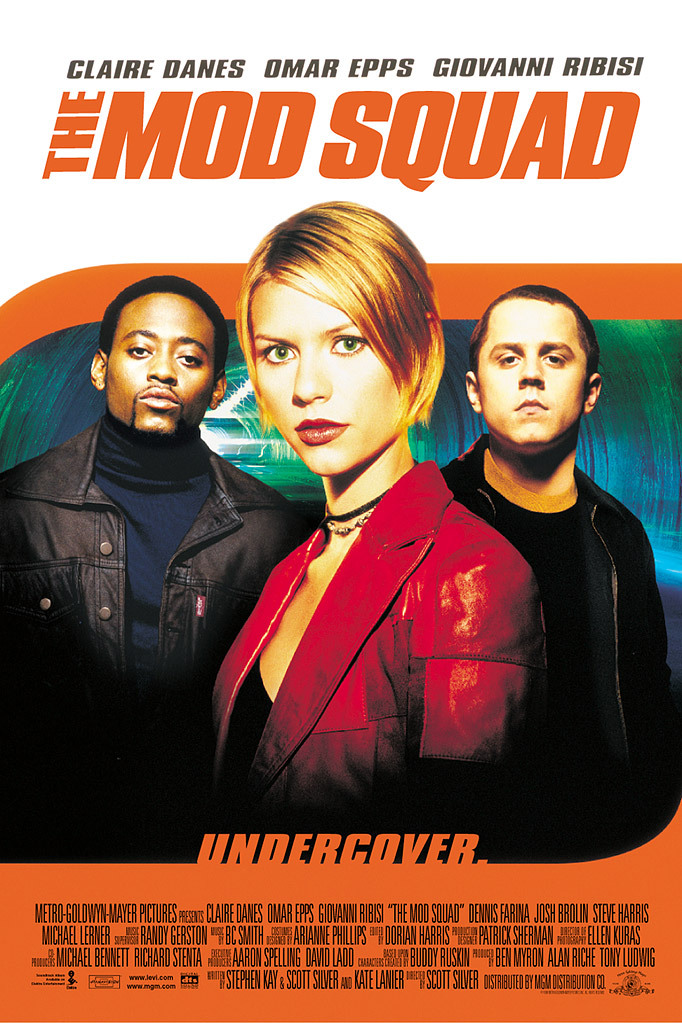 This updated rehash of the old TV series features three nihilistic young people playing cops and robbers, uncovering an evil plot that's left their police captain dead. The story meanders from one crisis to to the next in a most predictable, but often confusing, fashion.

MGM has attempted to update a very popular 60s show in ;the 90s. So they added a 90s twist: nihilism. They hired Scott Silver, whose directorial debut, “johns” depicted the life of street hustlers in L.A. What Silver seems particularly adept is adding flash, loud music and old police drama plot devices that add up to a mix of colorful, trying to be “hip,” mush.

Executive Producer David Ladd describes Silver as “our mavern of hip.” Silver says he felt the way to make a conventional police drama work in the ’90s was to make it “very irreverent.” Hip? Hardly. Irreverent? Yes, it is that.

The movie opens with jarring visuals, camerawork and music so loud you want to stuff your ears. The story is incomprehensible. We know these three, Linc, Julie and Pete (Epps, Danes, Ribisi), have been recruited by Captain Greer (Dennis Farina) to go “places the police can’t,” and effectively penetrate L.A.’s underground. But why there’s a raid and who’s doing what is very confusing. Then, we have a hint that Greer is doing drugs and ends up dead, leaving the three without a friend in the force or a foothold on their lives.

Linc, Julie and Pete have been staking out a nightclub where Julie runs into an old lover and Pete has a sexual fling with a waitress in the back. This is just the beginning. Julie gets sucked into re-igniting a flame with Billy (Josh Brolin) who is actually a pimp and a drug pusher and is using Julie to get her “squad” off the trail of a big drug deal. The police force is clueless about what’s going on and only the “mod squad” can successfully fight the bad guys. They can’t trust the police who actually resent and work against them. All of this seems to be symbolic of how these three young people see their lives. Their lives have no meaning, and those that are there to provide a semblance of order actually work against them.

Julie, Linc and Pete seem to continue uncovering the evil plot more out of loyalty for their dead ex-boss or boredom than they do for any sense of right and wrong. This is the problem of the whole movie. With the apathy and carelessness that Silver seems to paint these characters, it’s hard to care about them or what they want. It’s also difficult when the drug bust and a dead man are hard to connect and major plot points are assumed rather then explained.

While Ribisi gives another stellar performance as a quirky child of wealth without love, the movie presents today’s teenagers as aimless, without ethics or morality and trusting no one. Foul language, violence and casual sex are as much a part of the landscape as garbage is on the streets and graffiti is on city walls.

The story meanders from one crisis to the next in a most predictable fashion. Pete even jokes that the drug bust at a deserted airport sounds like a B film, and at least there’s no abandoned warehouse. Give it time, the scribes pull out the abandoned warehouse eventually.

The original MOD SQUAD had characters that were on the lam from the law because they cared deeply about peace, love and ideals. Their methods were arguable, but their commitment to something other than themselves was what made their turn at enforcing the law admirable and interesting. But, the script for this movie sews together a story whose threads depend on nihilism, despair, hedonism, and randomness, not the foundation for a riveting story or a good movie. In movies, patterns exist and exposing the truth of underlying order and morality is what makes movies rise into greatness. THE MOD SQUAD, regrettably, lacks all of the above.