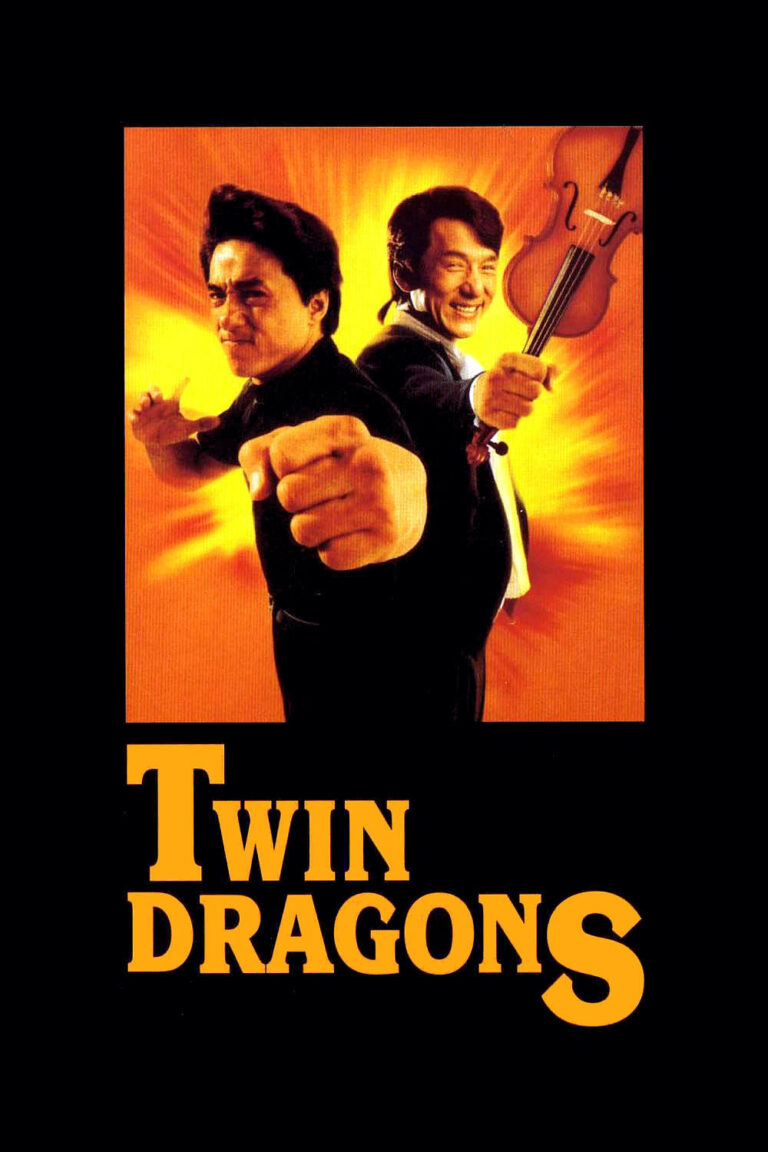 TWIN DRAGONS is a dubbed version of a Hong Kong action movie starring Jackie Chan, who plays twins separated at birth. Although there is lots of action violence in this tale of comic mix-ups, no deaths occur onscreen, and the violence is done in a comic vein, especially in the funny final sequence. The movie is disjointed and uninvolving at times, however, and includes implied sexual situations and a fair amount of foul language.

The movie TWIN DRAGONS is a dubbed version of a Hong Kong action movie starring Jackie Chan. Hollywood has been releasing about two of these movies each year, to take advantage of Chan’s infectious appeal. Some of the movies, like RUMBLE IN THE BRONX or OPERATION CONDOR, have survived the dubbing, others have not. Regrettably, TWIN DRAGONS is not one of the survivors, even though it features more of the comedy for which Chan is known.

In TWIN DRAGONS, Chan plays two twins separated at birth. One, Boomer, lives a life on the streets in Hong Kong after being raised by a poor woman who drinks too much. The other, John, becomes a concert pianist and conductor in America after being raised by the biological parents. When John comes to Hong Kong to perform, some gangsters mistake him for Boomer. Likewise, the organizers of the concert mistake Boomer for John. Two girls make the same mistake and fall in love during the mix-up. Eventually, there is an extravagant showdown at an auto testing center between Boomer, John and the gangsters.

The final showdown is the best part of the movie. The action has funny consequences when some of the gangsters mistake John for Boomer as they chase Boomer’s friend Tyson in several of the testing rooms. During the sequence, Chan applies his trademark use of mechanical props and objects to fend off the bad guys in scenes reminiscent of the silent movies of Buster Keaton, one of Chan’s idols.

The main problem with the rest of the movie is a preposterous storyline where Boomer and John sometimes display a psychic link because of their twinship. For instance, Boomer’s hands sometimes move uncontrollably as if he were playing a piano. The movie uses this incredible device inconsistently. This in effect undermines the credibility of the fantasy, making it harder to identify with the characters and accept what is an incredible scenario to begin with in the first place. Also, the editing is sometimes disjointed because more than one director shot the movie. The dubbing does not help; it only makes things worse.

Although there is lots of action violence in a Jackie Chan movie, the death count is purposely low, allegedly because Chan wants to make his movies as accessible to families as possible. TWIN DRAGONS also includes some implied sexual situations and a fair amount of foul language.